Johnnie Walker is giving its iconic “Keep Walking” campaign a makeover, adding a lot more color, in hopes of keeping the brown spirit relevant for today’s consumers. The global effort, which hits the U.S. today, comes from Anomaly, which secured the global account in April.

New ads use a more vibrant visual identity that challenges “traditional Scotch conventions,” says Sophie Kelly, senior VP of whiskies in North America for brand-owner Diageo. That means Johnnie Walker is trying to move as far away as possible from the stuffy, always-served-neat image associated with Scotch.

“You’ll see bright colors and graphics, striking bottle imagery, intriguing cocktail photography and sensorial product metaphors that evoke the taste experience with a wink and a nod,” she said in an email interview. “With this campaign, we have truly let our Johnnie Walker icons off the leash.” 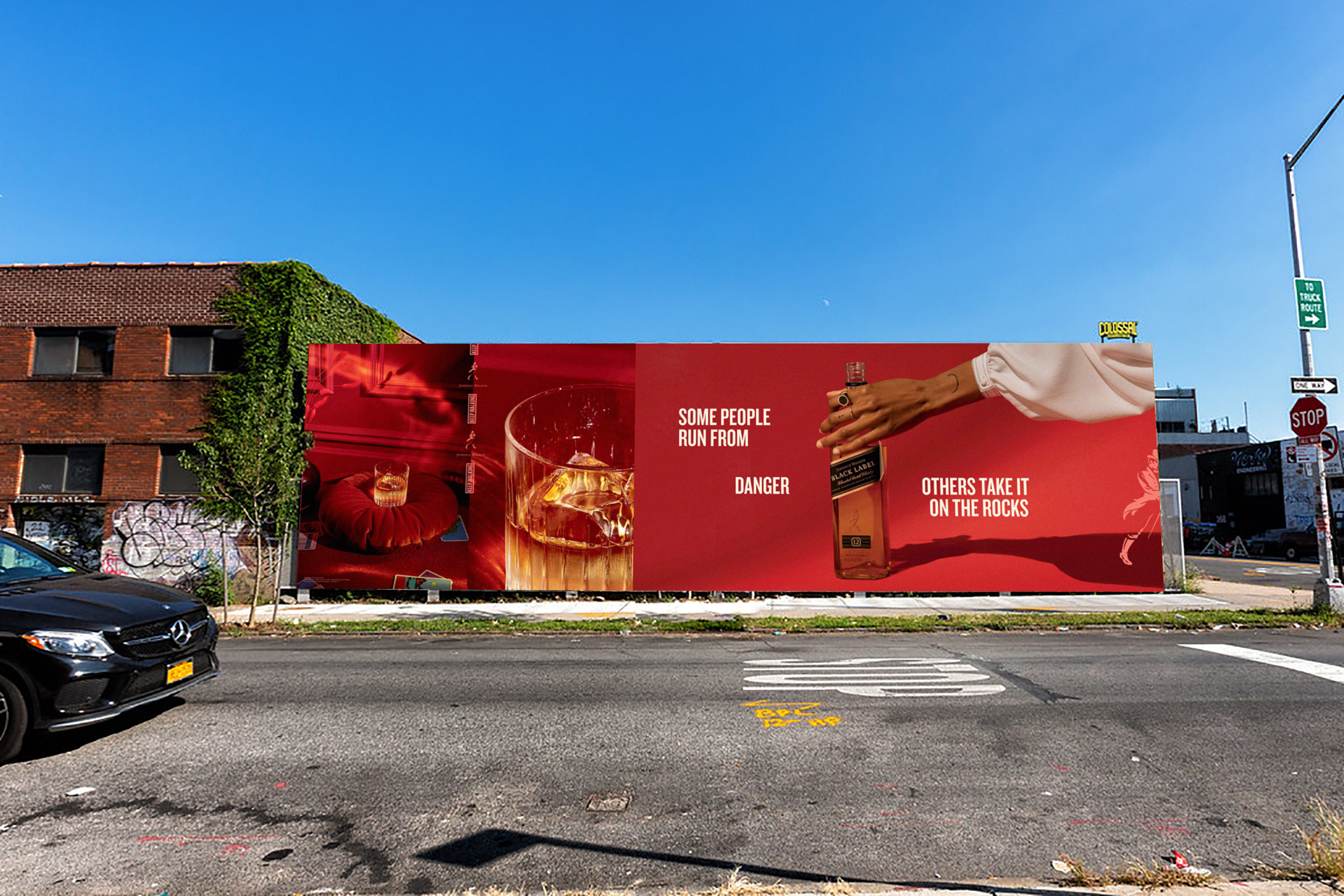 The media buy includes digital and outdoor advertising targeting major cities including New York, Los Angeles, Miami, Houston and Boston. One quick video (above) shows an old-fashioned cocktail in a glass next to a fishbowl.

Other videos show contemporary interpretations of the “Keep Walking” script along with visuals such as a large ice cube dangled above and dripping into a glass of Johnnie.

The ads make the liquid the star, which is a departure from recent marketing that tapped into larger cultural issues. That included pro-immigrant themes embodied in the "Keep Walking America" campaign that debuted during the 2016 election. In late 2018, the brand began leveraging “Game of Thrones” fanfare with special-edition “White Walker” bottles pegged to the HBO show's snowy undead.

Diageo, in an earnings report earlier this year, credited the “Game of Thrones” packaging with spurring net sales growth of 6 percent for Johnnie Walker in the U.S. in the fiscal year ending June 30.

Asked why the brand is changing course now, Kelly said: “As we look to welcome a new generation of drinkers into the brand, it was incredibly important that this new campaign challenge traditional Scotch conventions, reflect the dynamism of our portfolio and our liquids, and represent the world of exploration to be had with Johnnie Walker and within Scotch.”

The effort puts a contemporary spin on the brand’s heritage with a pop-up exhibit called “John Walker & Sons Cocktail Grocer,” which is a nod to its origin story. The Scotch traces its roots to the early 1800s, when its namesake, John Walker, first began concocting blended whiskies and selling them in a grocery store in the Scottish town of Kilmarnock. 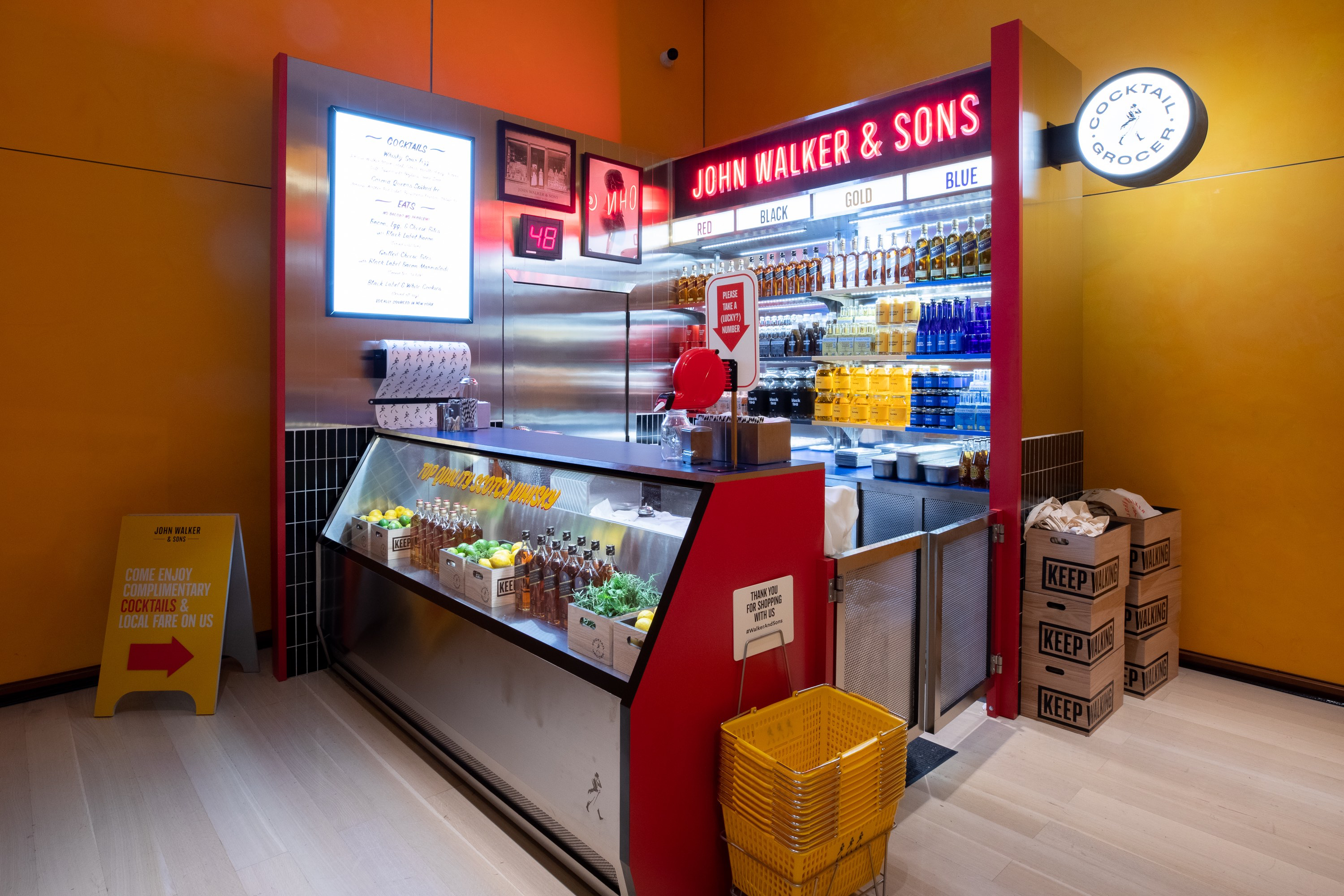 The traveling experiential marketing exhibit, which was designed by Giant Spoon, includes a customer ticket counter, a deli case and framed archival images on the walls. Scotch cocktails will be served with local food pairings. Stops include the Tropicalia Festival in California this weekend.