All month, we are highlighting pivotal moments in Black creatives' careers as part of our Black History Month Celebration of Creative Excellence. For our final week, we are honored to have as our guest editor Jordan Dinwiddie, copywriter at Wieden + Kennedy Portland. 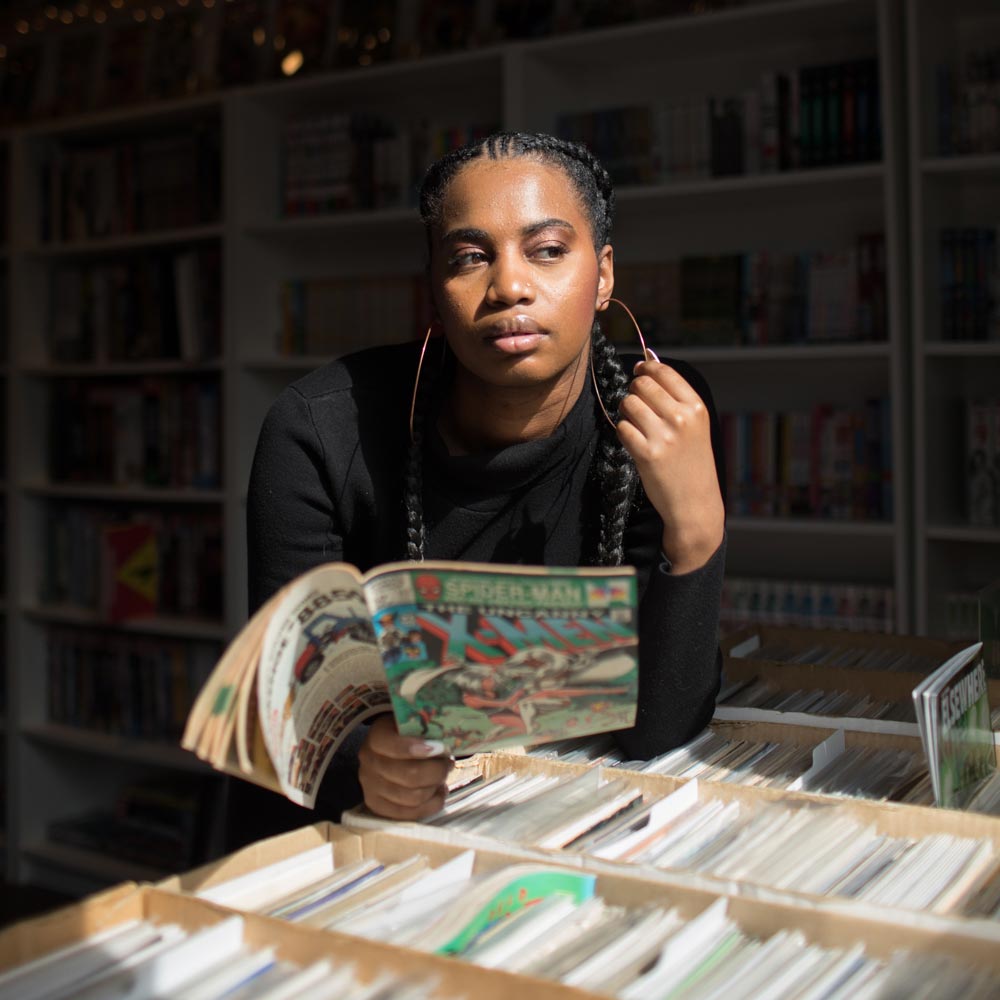 Dinwiddie began at W+K as a strategy intern in 2013 and has since worked her way up to her copywriter role. In her post, she’s penned notable campaigns for Nike that helped to land her on lists like BET’s compilation of 25 of the most influential people in sneakers (where her companions included the likes of LeBron James, Steph Curry and Michael Jordan) and Pensole and Nice Kicks’ Future 50, which highlighted influential creatives shaping the athletic industry.

Dinwiddie’s interests are vast and varied, and she professes a love for all things sports, culture and fashion. Since she was young, the Chicago native also has found comfort in nerd culture, which she currently writes about in her Substack newsletter, The Fan Girl.

Here, Dinwiddie recalls one of her most memorable Nike projects, the 2014 “Together” LeBron James commercial that at once captured the pride and hopes of a city while serving as a outlet for her own grief following events like the 2013 acquittal of George Zimmerman in the trial of the Trayvon Martin killing.

In the summer of 2014, I was on the streets of Cleveland, making a Nike commercial (“Together”) for LeBron James. Never in my wildest dreams would I have ever imagined watching hundreds of people in the streets chanting “together” at the top of their lungs because of words I put on a page. I remember waking up every morning of that shoot, thinking I was going to be exposed as a fraud. Here I was, this little Black girl from Chicago, at her own commercial shoot. I had no idea what was going on, how to talk to a director, a crew, hell, how to brief the King himself.

But when people are looking at you for answers, you’ve got to say something.

And I certainly did.

Thinking about how a city relied so much on one man, who meant so much to a city’s economy, a city’s pride, and a city’s hope for a championship. When LeBron came home, the city was truly together. The supporting copy for the campaign simply said, “This is bigger than basketball”—because it was to me.

Those words that came out of my pen were doing their best to process the grief that followed the heart-wrenching Trayvon Martin verdict, and [came] only months before the senseless murder of 12-year-old Tamir Rice.

Hearing my words being echoed throughout the streets made me realize how powerful my words could really be. I was inspired by the protests and felt like so many other Black people around this country—people flooding the streets, people who believed that if they all worked together, they could make a change in their stars in a city that had been written off in more ways than one.

I made a promise to myself that whether I was working on sneakers or baby oil, I was going to be as true to myself as I possibly could.

Not because of your usual clichés that we’ve all read a million times, especially over the last year, about authenticity, diversity, and the need for diverse voices.

But because so many Black people can no longer use their voice.

People are looking at me as a Black woman in this industry, as a future leader, and as a creative, and I will always have something to say.

Nike: Nike and Tiffany are ‘a legendary pair’ in teaser ads for collab