With less than a month until the election closes, Kanye West is out with a new ad asking Americans to write him in as their choice for President 2020.

The 43-year-old rapper and fashion mogul, who announced his presidential campaign in July, tweeted an ad to his more than 30 million followers on Monday that encapsulates the major platform West is running on—faith.

In the 1:22-long spot, West stands in front of a black-and-white American flag and tells Americas to “contemplate” their future.

“What is America’s destiny? What is best for our nation? Our people? What is just? True Justice? We have to think about all these things, together as a people, to contemplate our future. To live up to our dream, we must have vision,” says West, clearly reading off a prompter.

The ad focuses on faith and families as the bedrock of America.

“We, as a people, will revive our nation’s commitment to faith, to what our constitution calls ‘the free exercise of religion,’ including, of course, prayer,” continues West, while images of diverse families, including his own, are shown. “… We, as a people, are called to a greater purpose than ourselves. We are not only a beacon to the world, but we should be servants to each other.”

The ad ends with the words: “Write in Kanye West.”

West is pretty late to the presidential ad campaign game. Already, more than $5.4 billion has been spent in political ads on TV and radio. It could be a real last-ditch effort or a exhaustive PR stunt.

Running under the Birthday Party, West has polled in the single digits and is not appearing on the ballot in most states. However, California has placed him on the ballot as the independent party’s VP choice alongside independent presidential candidate Roque “Rocky” De La Fuente.

West merchandise is more expensive than that of his adversaries Donald Trump and Joe Biden. And, rather than red, white or blue, he uses purple, a color used unofficially to denote a swing state in a merging of the Democratic blue and Republication red. 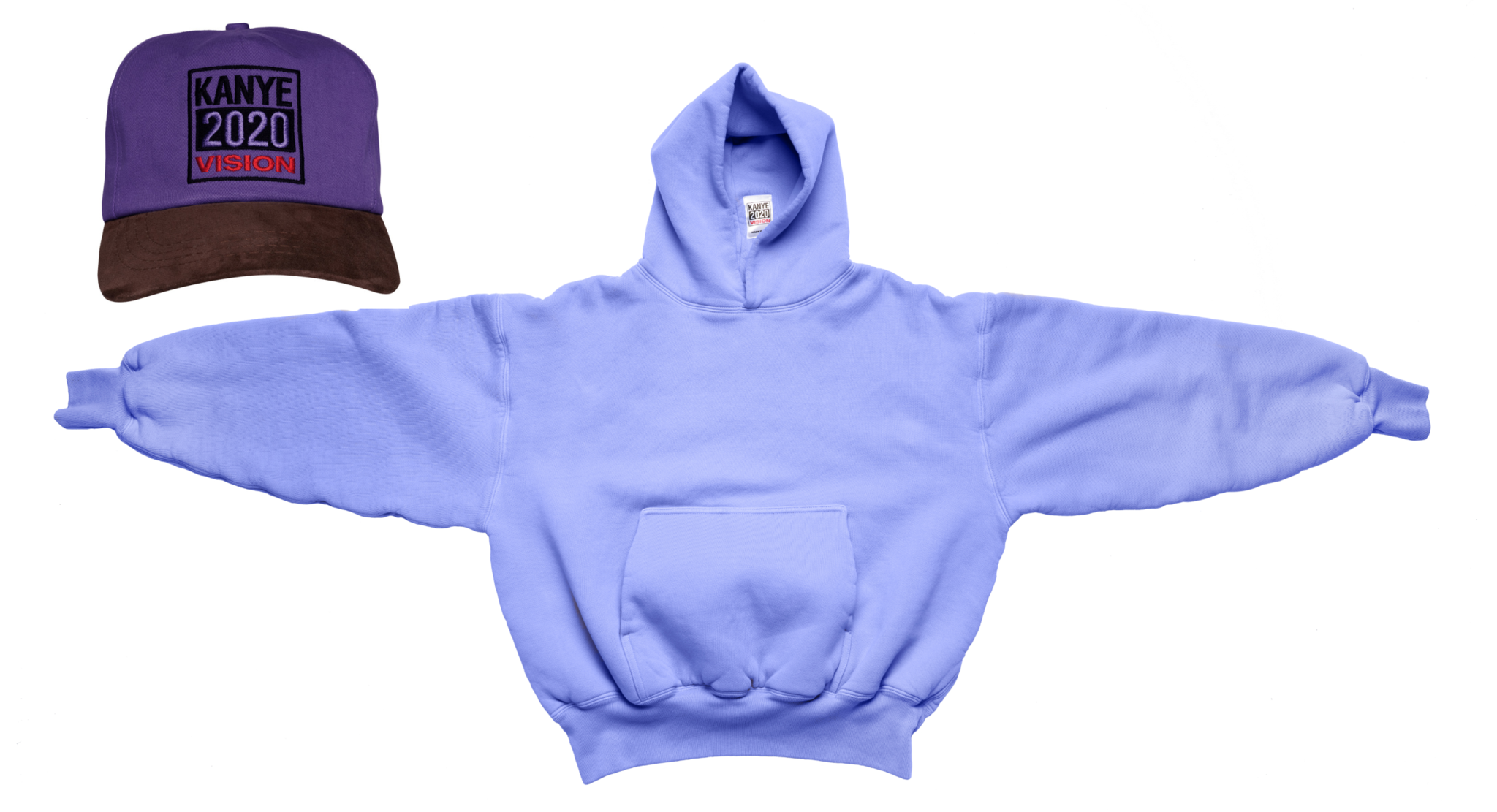 Meanwhile, the “Kanye 2020 vision double layered hoodie” will put you back a cool $160, twice as much as Trump or Biden hoodies. It appears to be a plain purple hoodie with the West slogan on the tag. West hoodies are only available in medium, large and extra large sizes, perhaps to play to Kanye’s own oversized sweatshirt aesthetic.

Black and white “Vote Kanye” hats and hoodies cost a little less, at $40 and $80 respectively. A black-and-white “God Save America” shirt costs $40. There’s also bundles for the hat and hoodie combos, which will save you $20. Below the merchandise, the website lays out the presidential platform West is running on, with corresponding scriptures for each stance. Besides “restoring faith” and bringing prayer back to classrooms, West wants to reduce household debt, restructure the education system, reform the legal and policing systems, and care for the environment. PR stunt or not, Trump and Biden might actually be jealous of those speedy video views. 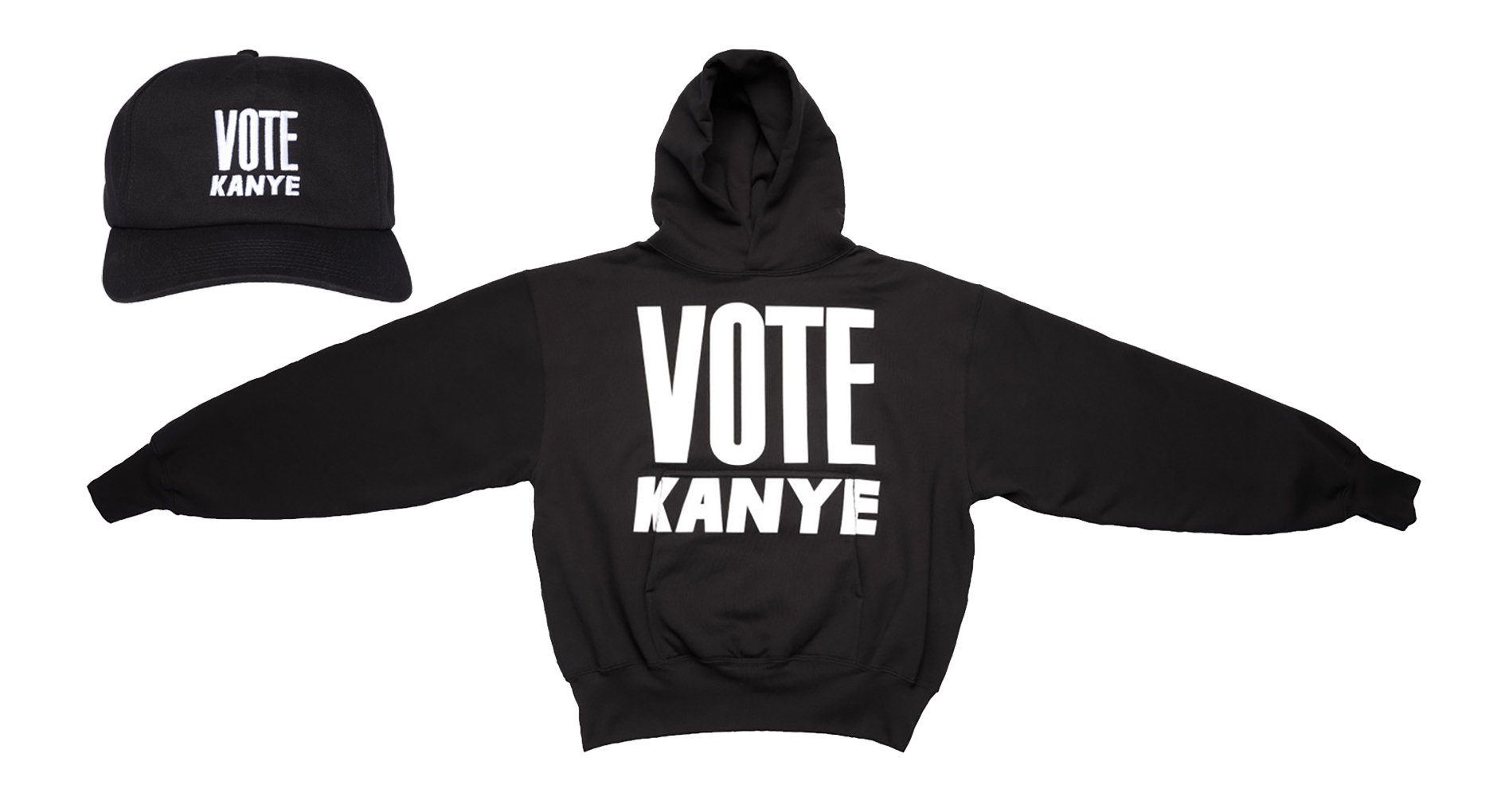 Boobs argue with each other in these breast cancer PSAs

'Take This Lollipop' returns to teach a creepy lesson about deepfakes