Ads these days are becoming so concise, copywriters can perhaps take a little break. Yeezy Gap, the new apparel partnership between Kanye West and Gap, took out a newspaper spread in The New York Times featuring only an image of its new jacket and a QR code directing readers to where they can preorder the item.

The ad promotes the new blue Yeezy Gap recycled nylon “Round Jacket,” which became available for pre-order for fall shipping on Tuesday, just in time for Kanye West’s birthday.

In June 2020, Gap signed a 10-year deal with West to create the apparel line. The jacket is the first item from the collection on sale and it's going for $200.

Projection ads of the jacket can also be seen in cities like New York, Los Angeles and Chicago. They, too, feature just the image of the jacket and a QR code underneath.

Projection billboard in LA for the Yeezy Gap Round Jacket.

A Yeezy Gap spokesperson said the creative was done internally and a QR code was chosen for simplicity for purchase.

It's the latest instance showing how QR codes have become increasingly popular in marketing since the start of the pandemic.

All the publicity is working for sales. The site crashed on the day of launch and website glitches are still showing some people that the jacket is sold out, but Yeezy Gap says it’s not sold out yet. "Due to incredible demand, some may see long wait times, and others may have seen a Sold Out message—hang tight, the waiting room is open,” says a Yeezy Gap spokesperson. 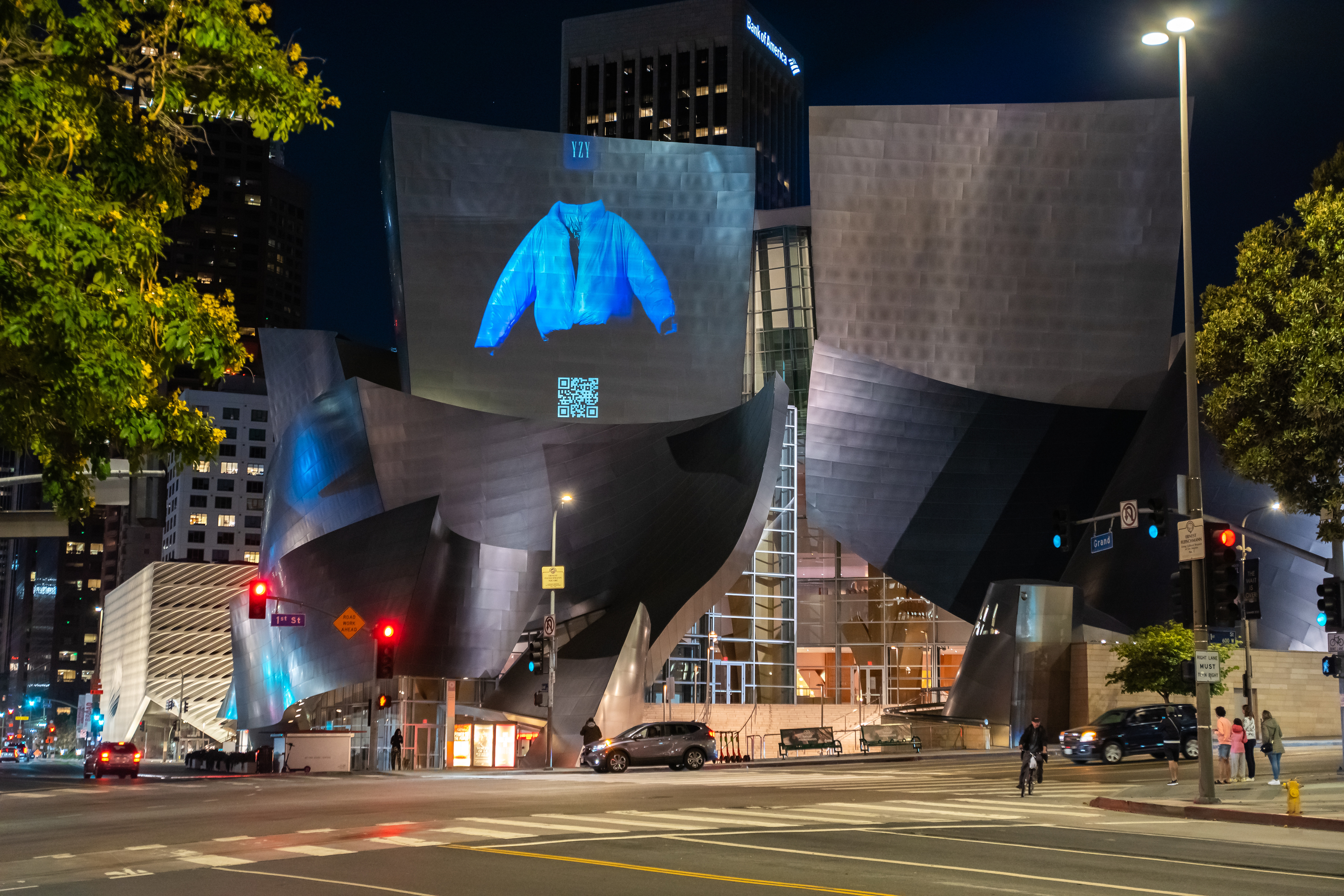 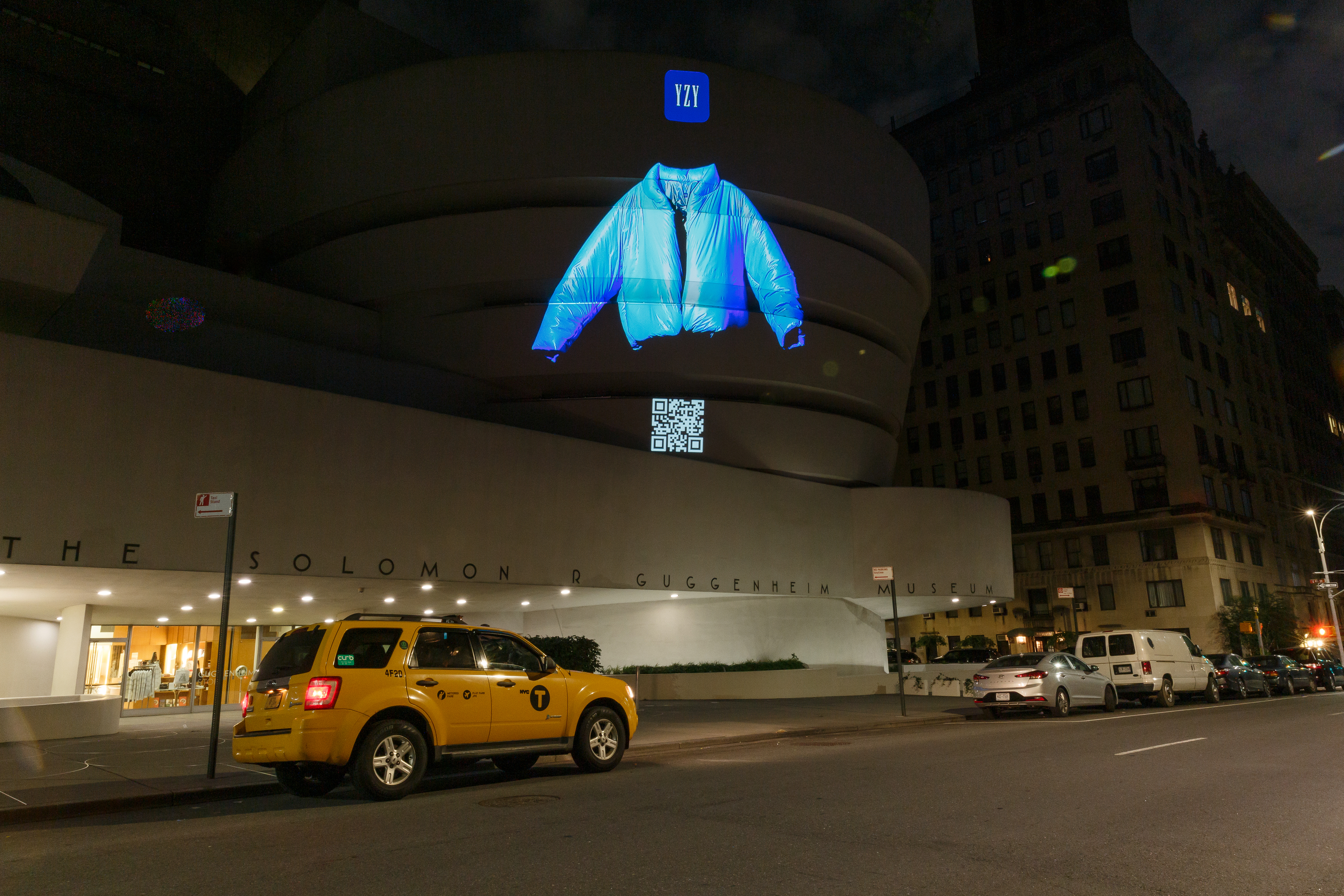 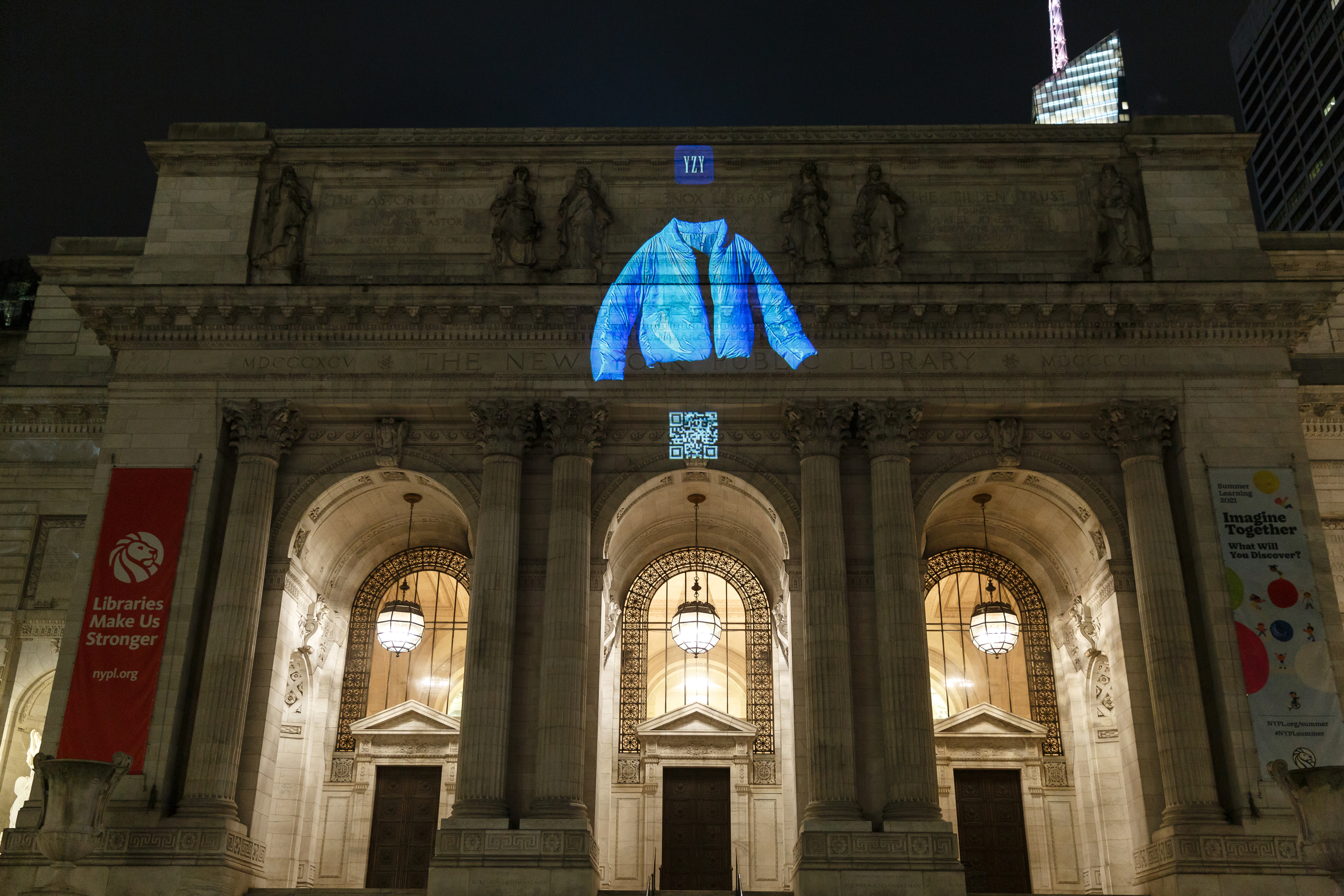 Gap: Gap's holiday campaign from Johannes Leonardo stars a mother, a son and a hoodie

Gap: Gap showcases denim in all shapes and sizes in diversity-themed campaign