KFC is running a new campaign in which it "tries on" other brands' slogans, to remind us that it's still having to "pause" its "finger-lickin' good" line in the U.K. because of the pandemic.

Cast your mind back to April 2020 when ith disastrous timing, KFC and U.K. agency Mother London had just launched a major new campaign around the long-running tagline, featuring people licking their hands, just as coronavirus struck. The brand was forced to suspend the campaign, and later on in August ran a series of ad cheekily asking people to "ignore" the slogan. Another half year on, and a brand advocating finger licking still isn't acceptable (will it ever be again?) as coronavirus still surges around Europe. But KFC is still leaning into the debacle.

The new social and out-of-home ads cheekily appropriate other well-known taglines, like L'Oreal's "Because you're worth it," Nike's "Just Do It,"  McDonald's "I'm Lovin' It," Red Bull's "Gives you wings," Honda's "The Power of Dreams" and Snickers' "You're not you when you're hungry."

"Pausing the use of our beloved slogan was not easy," said Jack Hinchcliffe, marketing director at KFC U.K. and Ireland, in a statement. "We can't wait for things to return to normal and just the thought of a reunion with both our slogan and our fans has us getting all emotional. But in the meantime we hope the brand managers don't mind we if try on their slogans for the next 48 hours -- we promise we'll give it back."

The campaign comes ahead of U.K. restaurants re-opening for outside dining on April 12. Indoor dining is slated to resume on May 17. 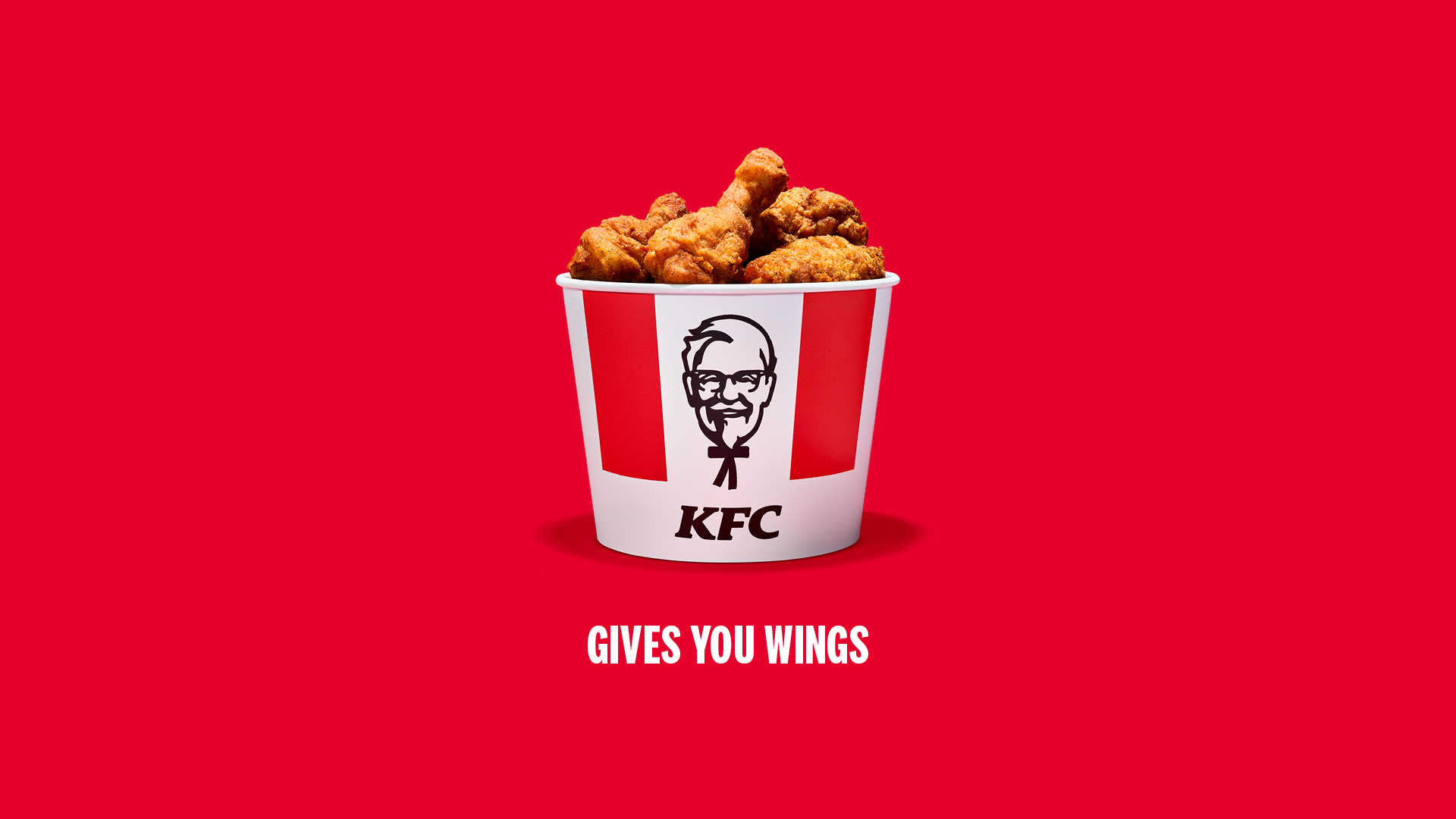 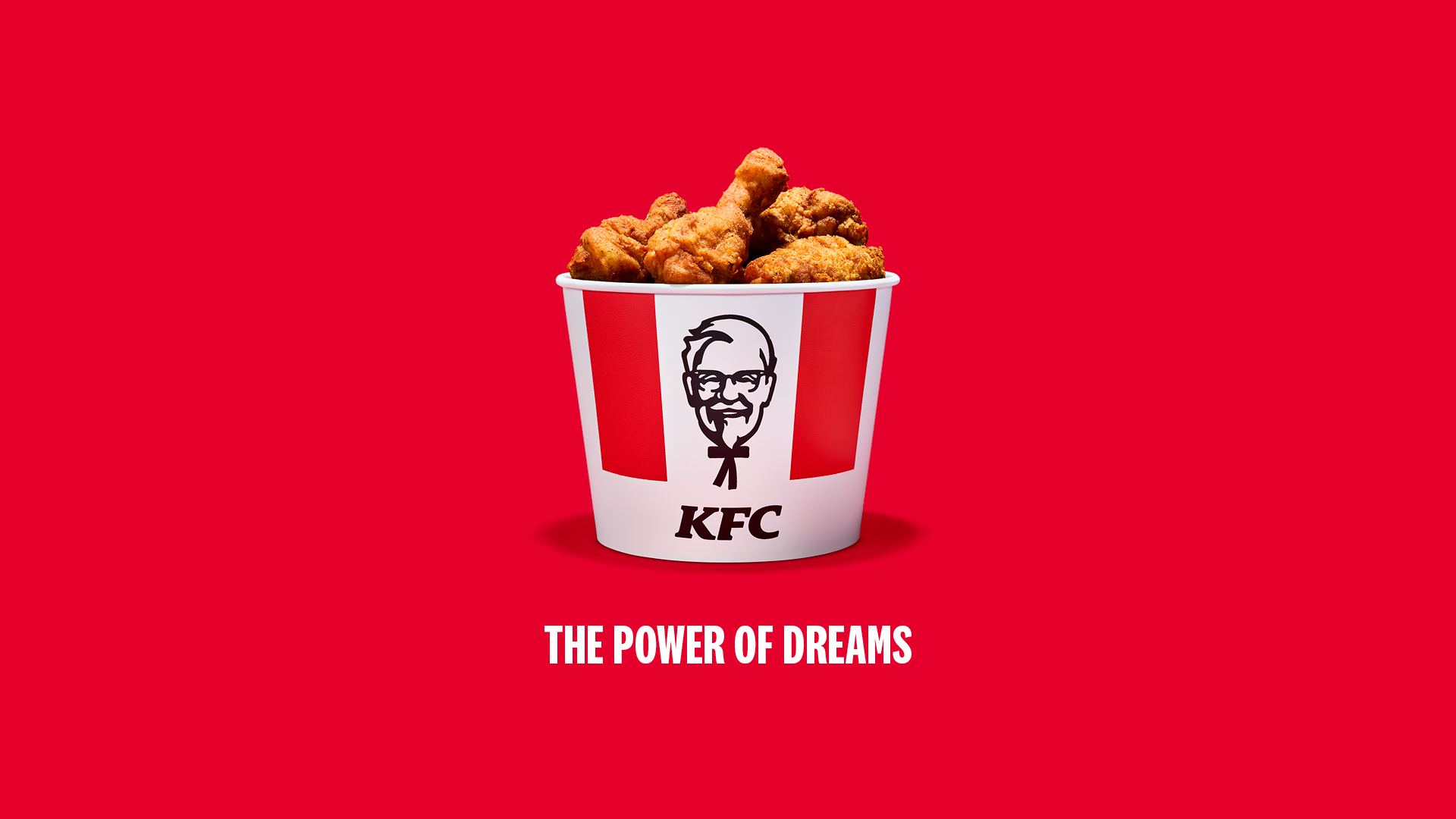 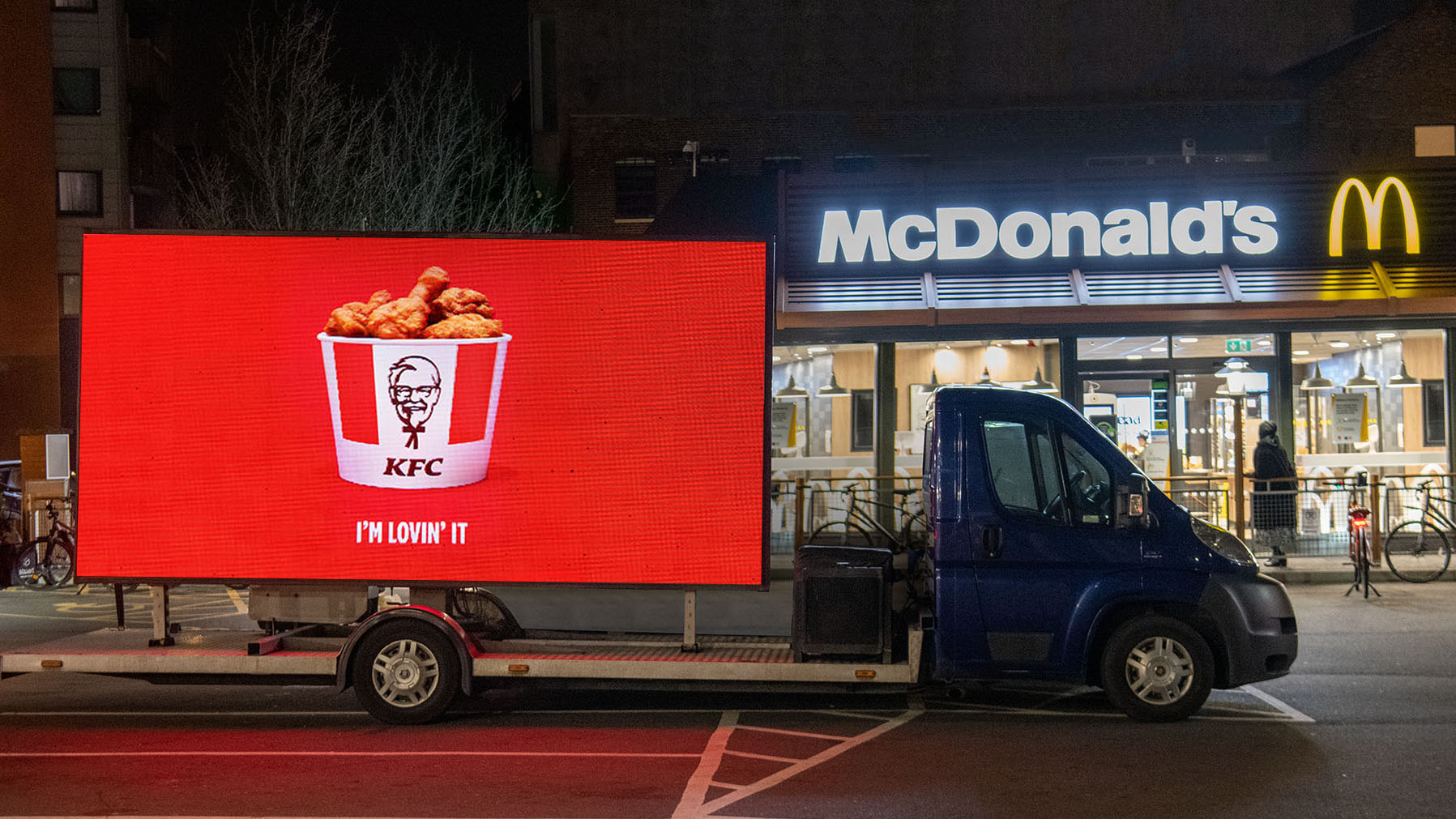 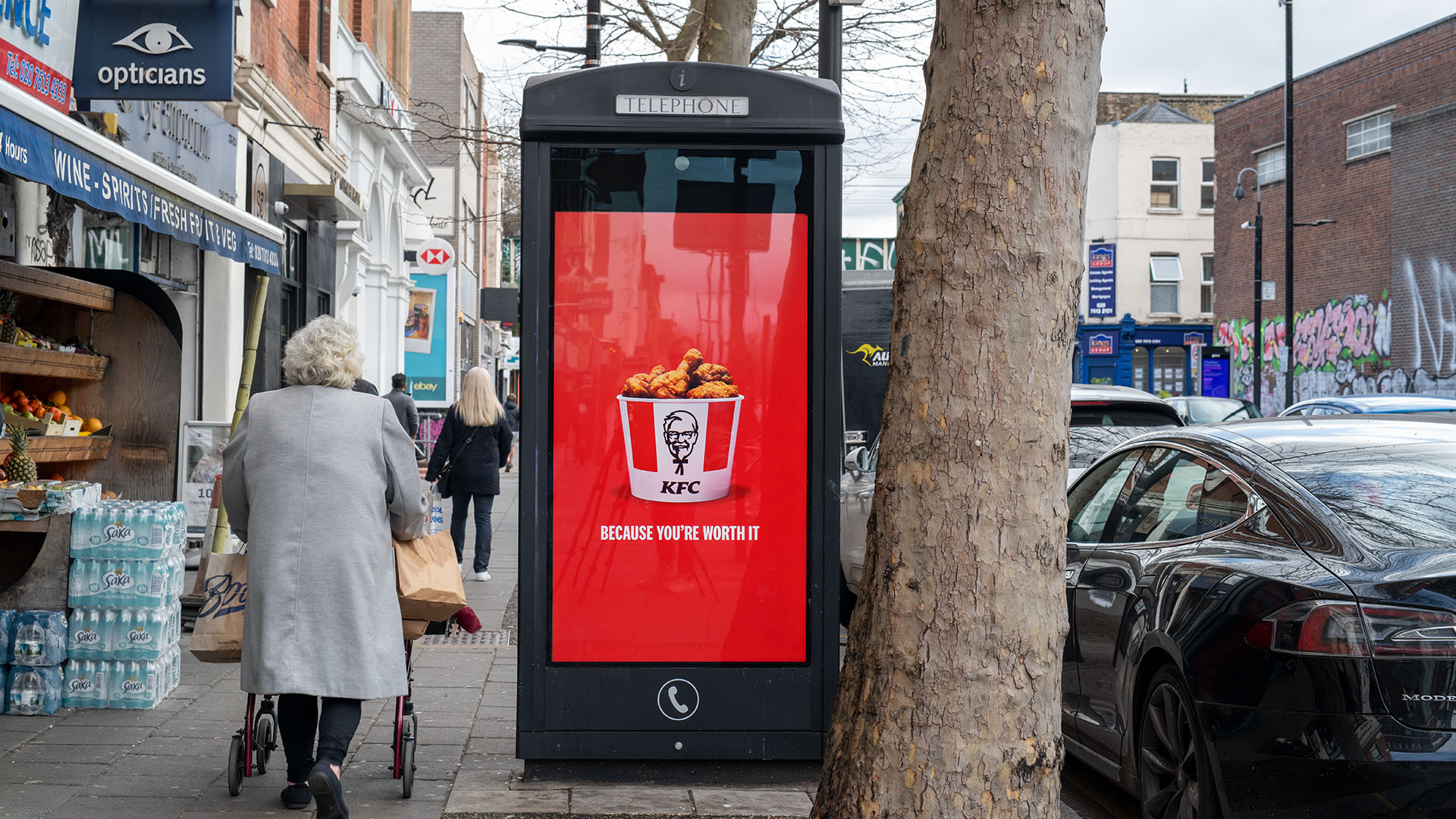 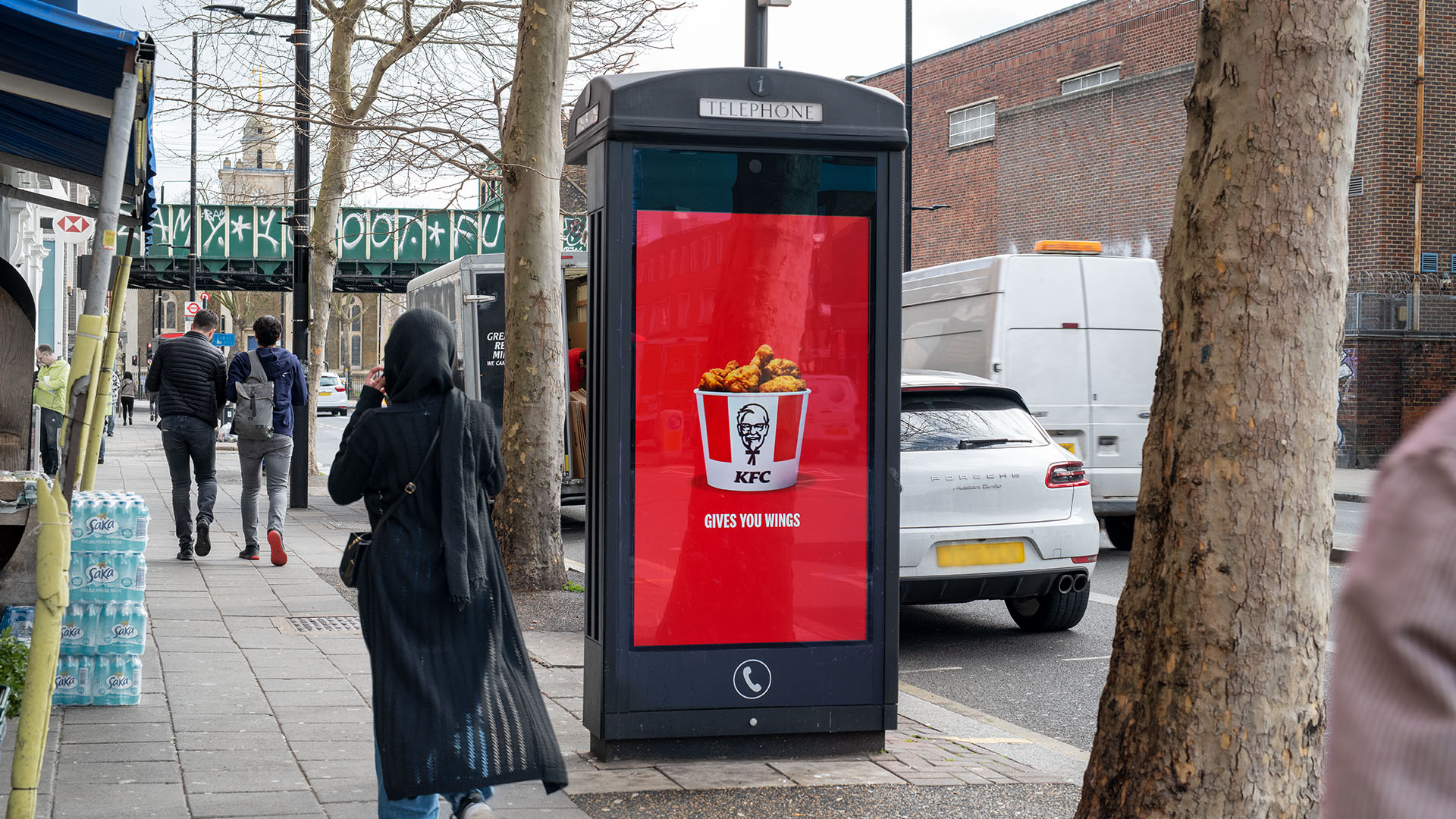 KFC (UK): From tattoos to marriage proposals, KFC celebrates the crazy things fans do for the brand