The chain is strategically placing giant ads near competitor restaurants

KFC has long used billboards to promote its food, but not in this way.

This week it unveiled massive images of its chicken sandwich right near a McDonald’s in New York, a Wendy’s in Los Angeles, and a Burger King in Miami. The signs, along with recent TikTok videos starring Lili Hayes, are some of the newest ways the chicken-centric chain is trying to hold onto, and grow, its share of the market.

“We make the chicken sandwiches around here,” reads the copy on each of the billboards, which feature an oversized KFC chicken sandwich sitting on top of a Kentucky Fried Chicken bucket.

The premise of the campaign is seemingly simple: when going out for a chicken sandwich, why would someone choose a burger chain?

The rivalry in the chicken category took on new momentum with Popeyes’ chicken sandwich introduction in 2019. And now, burger-focused chains want their bite of the business. McDonald’s and Wendy’s have each launched their own updated sandwiches in recent months, while Burger King plans to have its hand-breaded chicken sandwich in restaurants around the country later this year.

KFC, long known for pieces of chicken, did a national rollout of its newest sandwich in January. And now, as other chains strut their stuff, KFC has another new way to hawk its product.

The restaurant hired influencer Lili Hayes, a grandma with a large following on TikTok. She promotes the sandwich in videos that show her accepting the request from KFC, getting ready for her role as the Colonel, and starring as Colonel Lili Sandwich.

In a more traditional approach, KFC is also out with commercials that proclaim it has the only chicken sandwich that’s “finger lickin’ good.”

KFC is not the first brand to poke at rivals with out-of-home messages. In 2019, for example, McDonald's posted an outdoor ad in Belgium with a play on the king role in a dig at Burger King and was soon roasted by Burger King via a responding sign. The same year, Apple made its mark in Las Vegas during CES with a hotel-sized “What happens on your iPhone stays on your iPhone" missive.

The KFC billboard at 556 7th Ave. in New York is next to (and practically right above) a McDonald’s.

The one at 17684 Sherman Way in Van Nuys, California, stands adjacent to a Wendy’s. 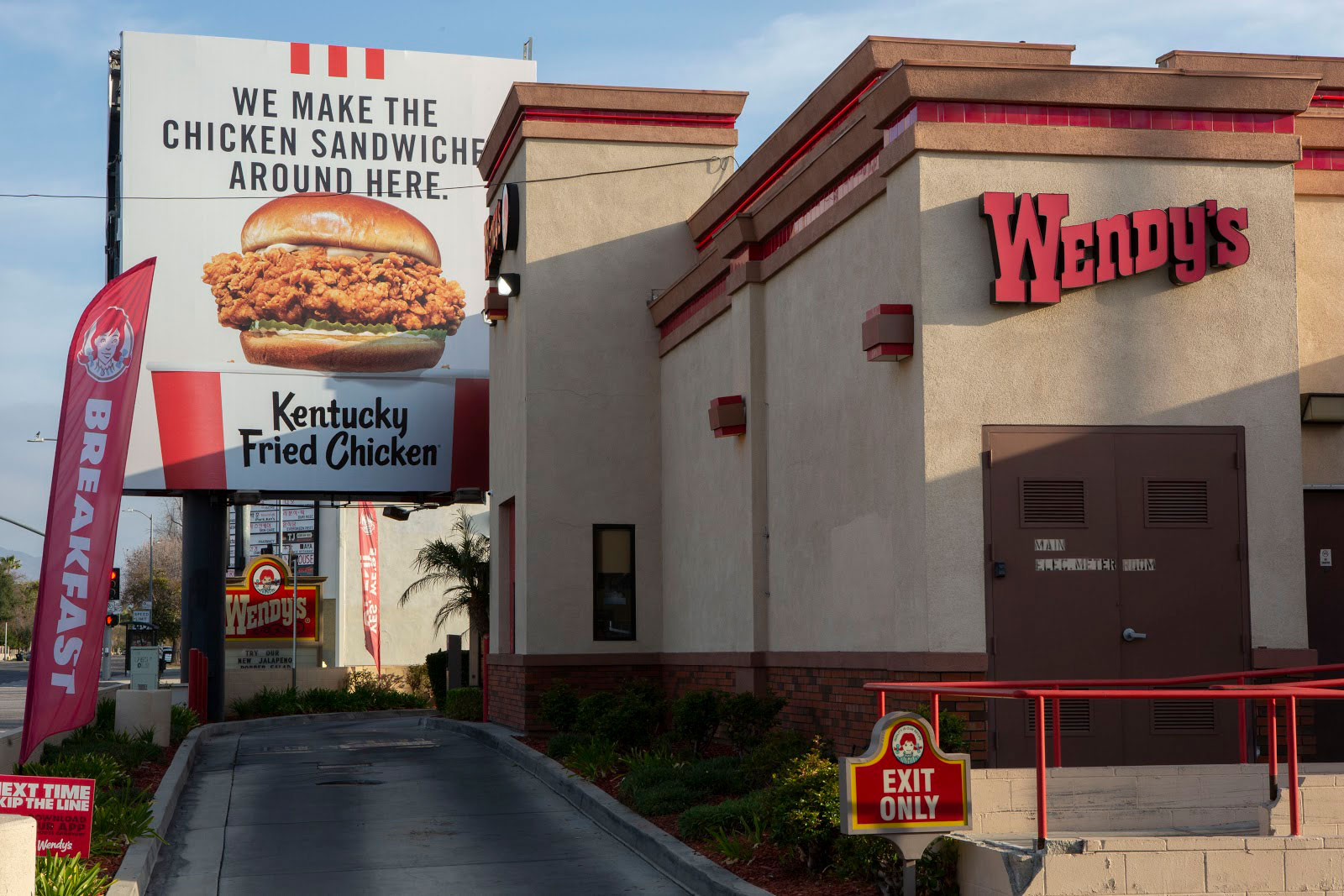 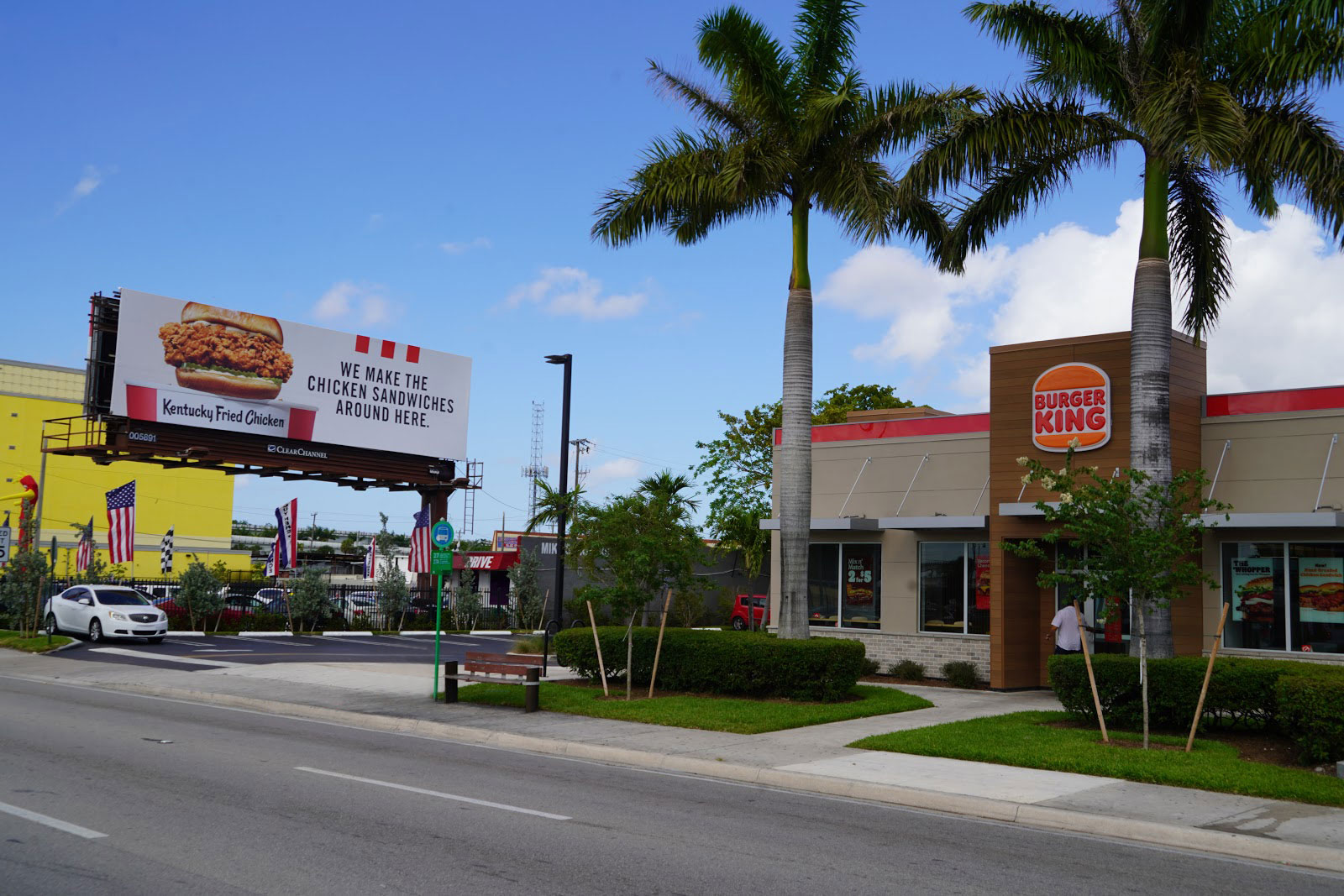 Medusa and Napoleon use Amazon Prime to their advantage

KFC: KFC turned its receipts and menus into napkins so customers can eat with their hands more easily