He's a computer-generated, suave-looking guy who posts images on Instagram  (well, supposedly does the posting)

KFC’s latest colonel isn’t a celebrity. It isn’t even a real person.

Posts on the platform include a "secret recipe for success" tattoo on his abdomen, show off his styled gray hair and altogether modern take on Colonel Harland Sanders' signature white suit and black tie, and include lines such as "always try to inspire like I do when I’m making amazing fried chicken.”

The influencer's talents and services, according to a humorous take on a media kit, include disruptive business deals, inspirational "collabs" and authentic Gen-Z engagement. “Basically, I am an international mogul turned virtual person who wants to inspire the world with my amazing life,” the character says in the kit. 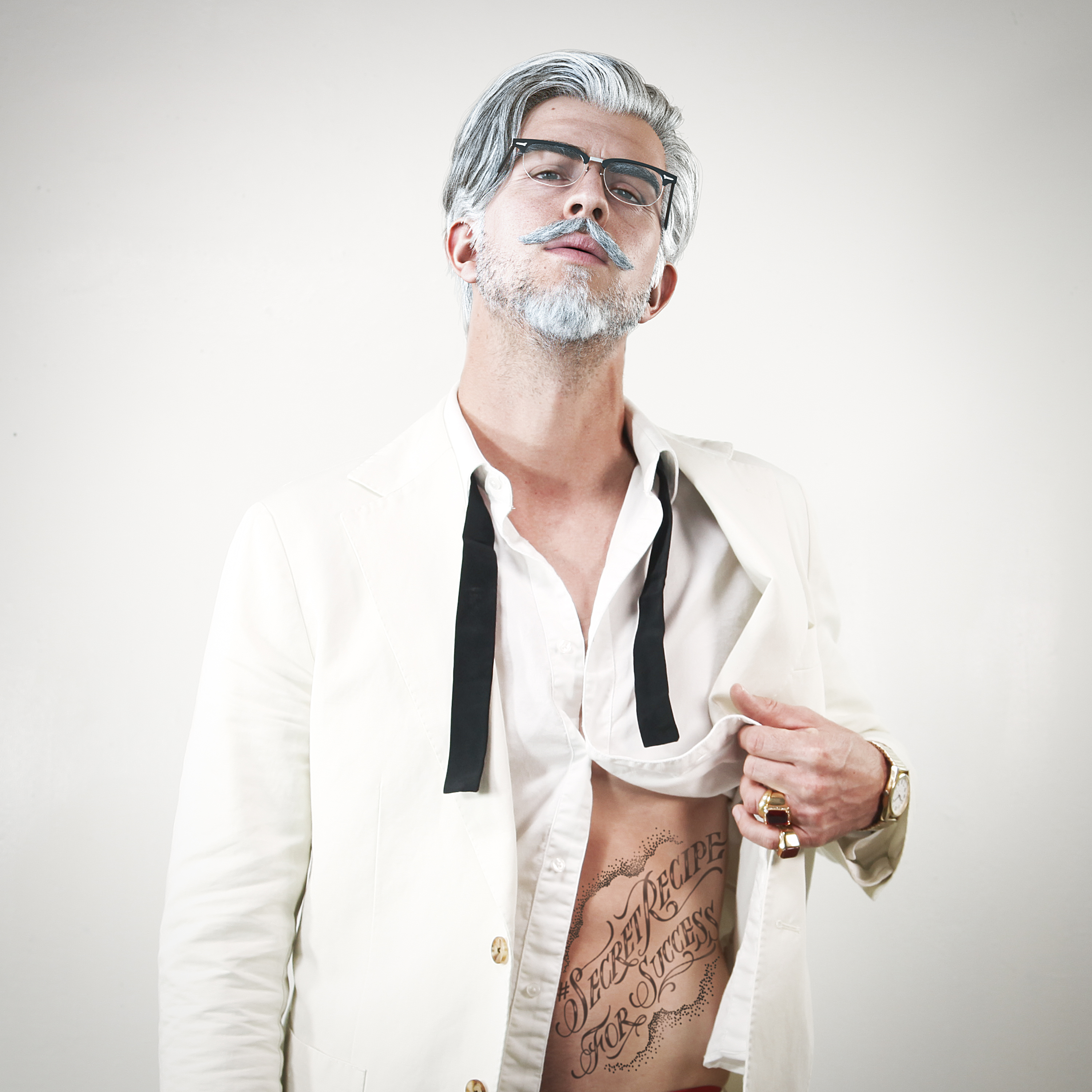 The character, who looks like a Hemsworth brother crossed with a young version of KFC founder Colonel Harland Sanders, isn’t just hawking fried chicken. Through April 22, the account also plans to promote partnerships with brands such as TurboTax and Old Spice. Both of those brands work with creative shop Wieden & Kennedy, which has been KFC’s agency for years. Dr Pepper, which is not a W&K client, also plans to do a partnership in a post, KFC says.

The effort comes as influencers have been gaining, well, influence. Ad Age reported in January, that influencer marketing firm Klear counted more than 2 million sponsored influencer posts on Instagram last year, up 39 percent over 2017. And more than a billion people use Instagram every month, according to the company's latest official tally.

Of course, it’s far from the first time that KFC has played on the looks and history of Sanders. The chain has been running ads featuring people playing the colonel since May 2015, when former "Saturday Night Live" cast member Darrell Hammond held the role.

KFC's U.S. same-store sales rose 1 percent in 2018, matching the pace of growth achieved in 2017. While Yum Brands' KFC has slightly more followers on Instagram than larger rival Chick-fil-A (nearly 1.38 million vs. nearly 1.35 million), Chick-fil-A's engagement rate over the last week was higher than KFC's, according to Influential.

Ad Age posed a few questions to the team behind the project. Here are some of the in-character responses, received via email and edited for length.

What was your job before you became a virtual influencer?
I was the OG entrepreneur and fried chicken salesman, always doing things the Hard Way.

How much does this gig pay?
I make a good living crushing deals as a virtual influencer, but let’s just say, fried chicken still pays the bills.

If you could do an influencer collaboration with anyone, who would you pick?
I want to work with brands that truly inspire me and speak to the #SecretRecipeForSuccess. So, I have collabs coming up with TurboTax, Dr Pepper and Old Spice that I’m psyched about.

How often do you cook fried chicken?
I’m usually busy jet setting and making deals, so I let KFC chefs do the cooking.

Do people tell you that you look like a Hemsworth brother?
I get that a lot. Maybe Chris or Liam can be the next Colonel. Coming for you, Hemsworths!

What are your thoughts on ASMR?
I love ASMR. It helps me fall asleep or relax when I’m totally stoked from the latest deal I crushed or the intense workout I just finished.