Aaron Marshall is a junior copywriter at BBDO New York who has lived with a stutter his entire life. Now, he is channeling his personal experiences in a powerful new ad for an organization that supports kids who have shared his struggles.

He and his agency have teamed with the Stuttering Association for the Young (SAY) on a new PSA, “In the Spotlight,” which brings to light in a collectively relatable way the anxiety young people who stutter must deal with daily.

Marshall tells Ad Age the idea for the new ad began when he was hired, only last October, and met with BBDO Global Chief Creative Officer David Lubars to discuss his interests: the agency's history of cause-driven work. Marshall admits the opportunity to have an honest conversation with “the dude who runs the agency” is a rarity that he wasn’t about to pass up.

“I told him that I know BBDO has a pretty rich mission-based history,” says Marshall, citing examples of the agency's campaigns benefiting autism, promoting gun violence awareness with Sandy Hook Promise and ideas backing anti-bullying with Monica Lewinsky. “I told him that I've had a stutter my entire life and I just basically said if we ever had the opportunity to do anything around this topic, I'd love to do it. I don't know if it just hit him in the gut right away, but I think he was instantly excited to jump in.”

Marshall and his team have been working on the PSA since January of this year, starting with a thorough search to find the right organization to pair with. SAY was the perfect match because of its influence with young people who stutter, who might find empowerment through the new spot.The stars of the PSA are all real kids with stutters who work with SAY. They’re depicted standing in a classroom, a school gym, on an auditorium stage and in a massive stadium. As huge crowds watch, the youths order food, ask for a different size or request a job application. The spot's deft portrayal at the hands of Hungry Man director Alex Gorosh empathetically draws viewers into the speakers' struggles, and then relief, once they finish their requests.

“If you look at our society, our community [of people who stutter] is not represented in the right way. And I think it's usually always a negative thing,” says Marshall. “The goal is to not only raise awareness, but it's also to empower young kids everywhere who have [a stutter] and are ashamed of their voices, or they might just not have the courage to talk. I think half of that is because in our society it’s not represented. They don't see themselves represented in the right way. I've never heard an ad where a person stutters. It's not normalized.”

As many kids return to school after a year of at-home learning, Marshall hopes “In the Spotlight” will not only spark bravery in those that stutter, but also encourage patience and understanding in their peers.

The PSA premiered this morning on The Today Show. The campaign will also run on media donated by Snapchat and on social with the help of influencers and celebrities including Mariska Hargitay, Peter Herman, George Springer and Kelli O’Hara. 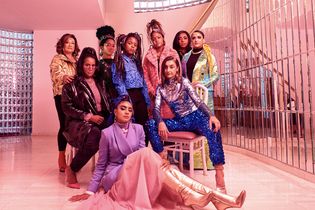 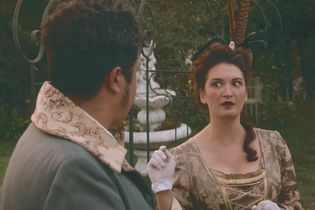 These 'period pieces' humorously shine a light on period poverty

Client :
Stuttering Association for the Young