The billboard from Anomaly features an empty wrapper and no text

When Lebron James shared a viral meme to his Instagram story comparing the thinning hair on the back of his head to a Reese’s Peanut Butter Cup wrapper, he probably didn’t expect to inspire the candy’s next marketing campaign.

“One if the funniest [memes] I’ve seen. Hated when my Reese cup would do that but guess what I still kept it and ate it so 🤷🏽‍♂️😁”
- LeBron/IG Story pic.twitter.com/oGWEElWxP6

The meme was part of a debate over how consumers prefer for their Reese’s Cup to leave its wrapper: clean or sticky. Internal research from the Hershey’s brand claims that while some sweet-tooths prefer a seamless peel, others enjoy when the wrapper pulls a chunk off to save for later.

James’ Instagram story took the side of a spotless unwrapping, but it also gave Azim Akhtar, Reese’s marketing manager, an idea: nix the candy, spotlight the wrapper.

“Lebron’s post solidified the idea that even if we remove our most iconic asset, the Peanut Butter Cup, from our advertising, consumers will still immediately understand that it is unmistakably Reese’s,” said Akhtar in a statement. 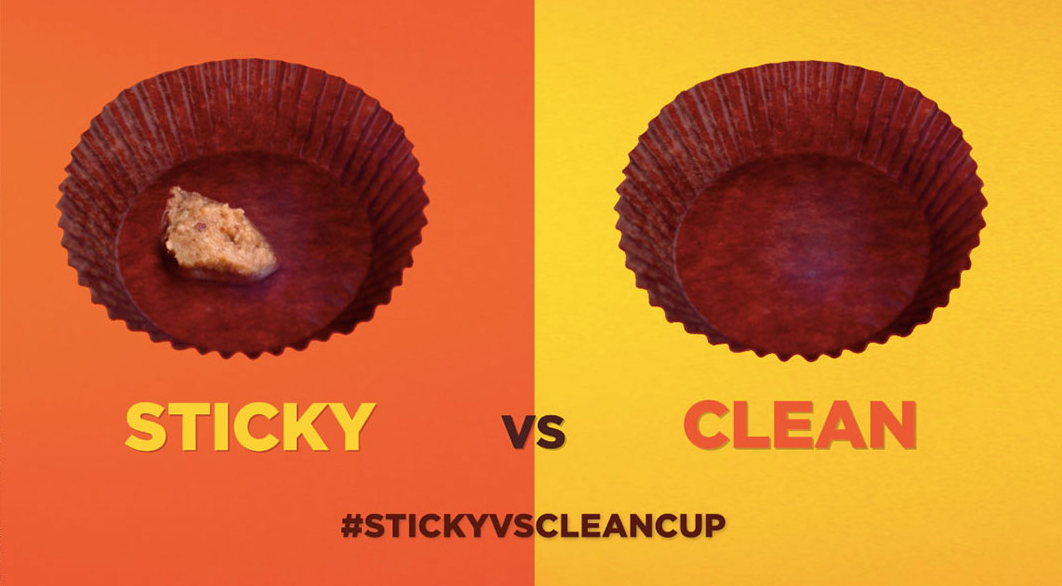 The "#StickyVsCleanCup" campaign manifests most starkly on a Toronto billboard simply featuring the iconic Reese’s wrapper with a small lump of candy remaining on it—seemingly after a sticky uncupping.

The ad has also expanded to more traditional TV and social media spots that feature a Reese’s being unwrapped to the song “Piece of Me” by Lady Wray.

Reese's: Reese's tries to explain its chocolate and peanut butter blend to Brits

Hershey's: Hershey's turns its packaging into a gallery for female artists