Lego's ongoing "Rebuild the World" campaign has centered on the astounding creativity of kids' own imaginations. Now, children's wild ideas have fueled the brand's new playground in New York City.

Lego worked with experiential agency Amplify and artist Hebru Brantley to build the experience, called "Fly Away Isles," in West Harlem. It's inspired by the ideas of local children from a non-profit youth development organization, The Brotherhood Sister Sol (BroSis).

Brantley worked with the kids to turn their ideas into reality; they include a rocket soaring through clouds, pyramids inspired by volcanoes and stepping-stones that transport visitors between colorful islands. The installation also includes Brantley's first mural in  New York, adding to his work in Chicago and other cities across the country.  Amplify came up with the creative concept and built the play space in collaboration with Lego.

The playground opens today (Aug.10) in Johnny Hartman Plaza, 140 Hamilton Place, New York, on Lego's 90th  Anniversary, which the company is celebrating with its first-ever "World Play Day." It will be open to the public until Nov. 5, with the mural displayed until July 2023. 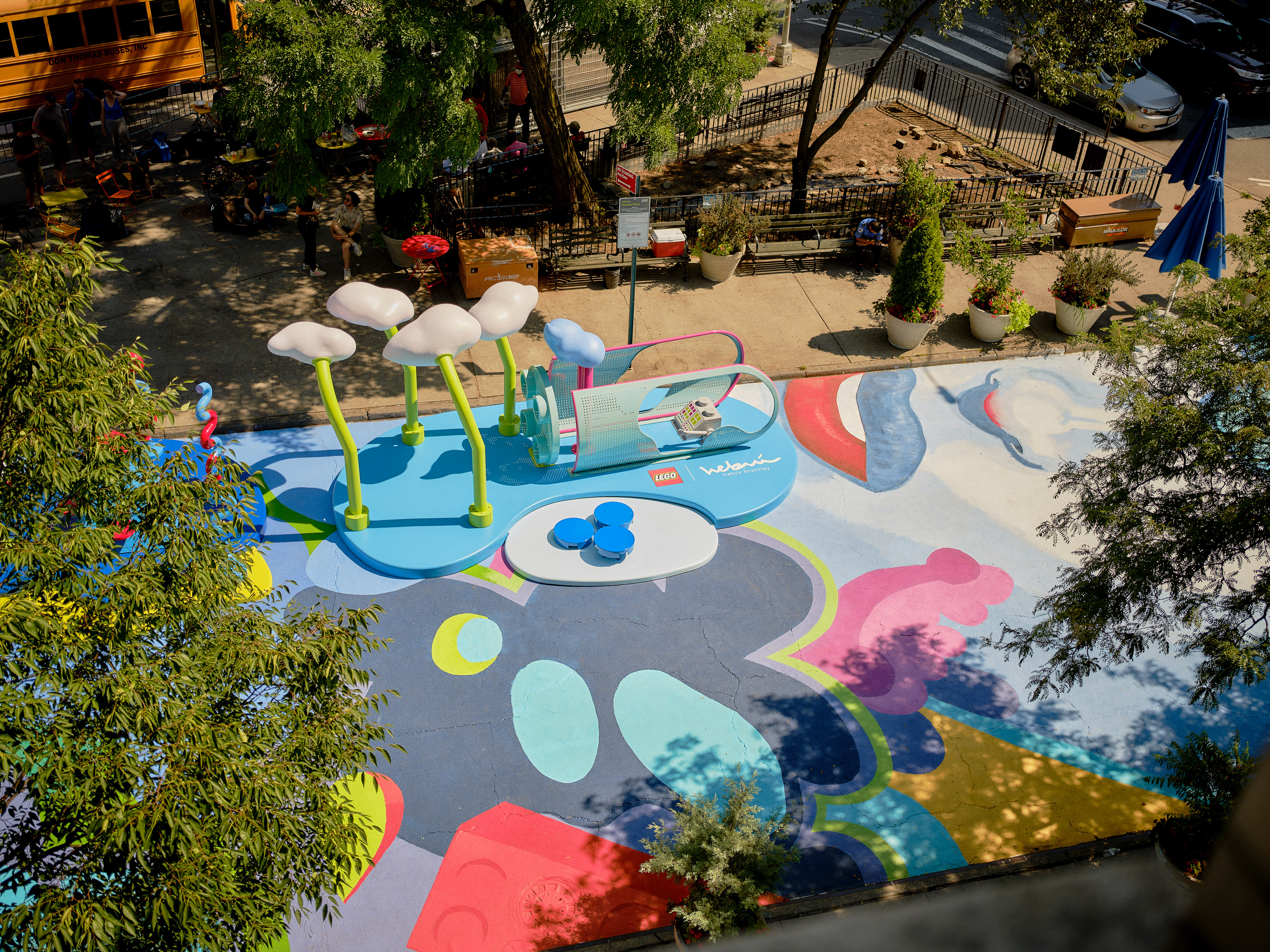 Lego's latest research found that a third of parents (29%) in the U.S. say they don’t play enough as a family, with 82% of children living in New York wishing for more play.

“Play is fundamental to the wellbeing and happiness of the whole family—it changes lives and brings us closer together, but we know families today feel they don’t play enough," said Alero Akuya, VP of global brand at the Lego Group, in a statement.

"Children can make the most mundane moments playful and are full of amazing ideas for how to rebuild the world around us for the better. So, it felt only fitting for the brand’s 90th Anniversary that we put kids in the driver seat to help us inspire and bring more play into the world. We hope the awesome new playscape Hebru and the children have created here in Harlem inspires those of  all ages to experience the creativity, imagination and joy of play.” 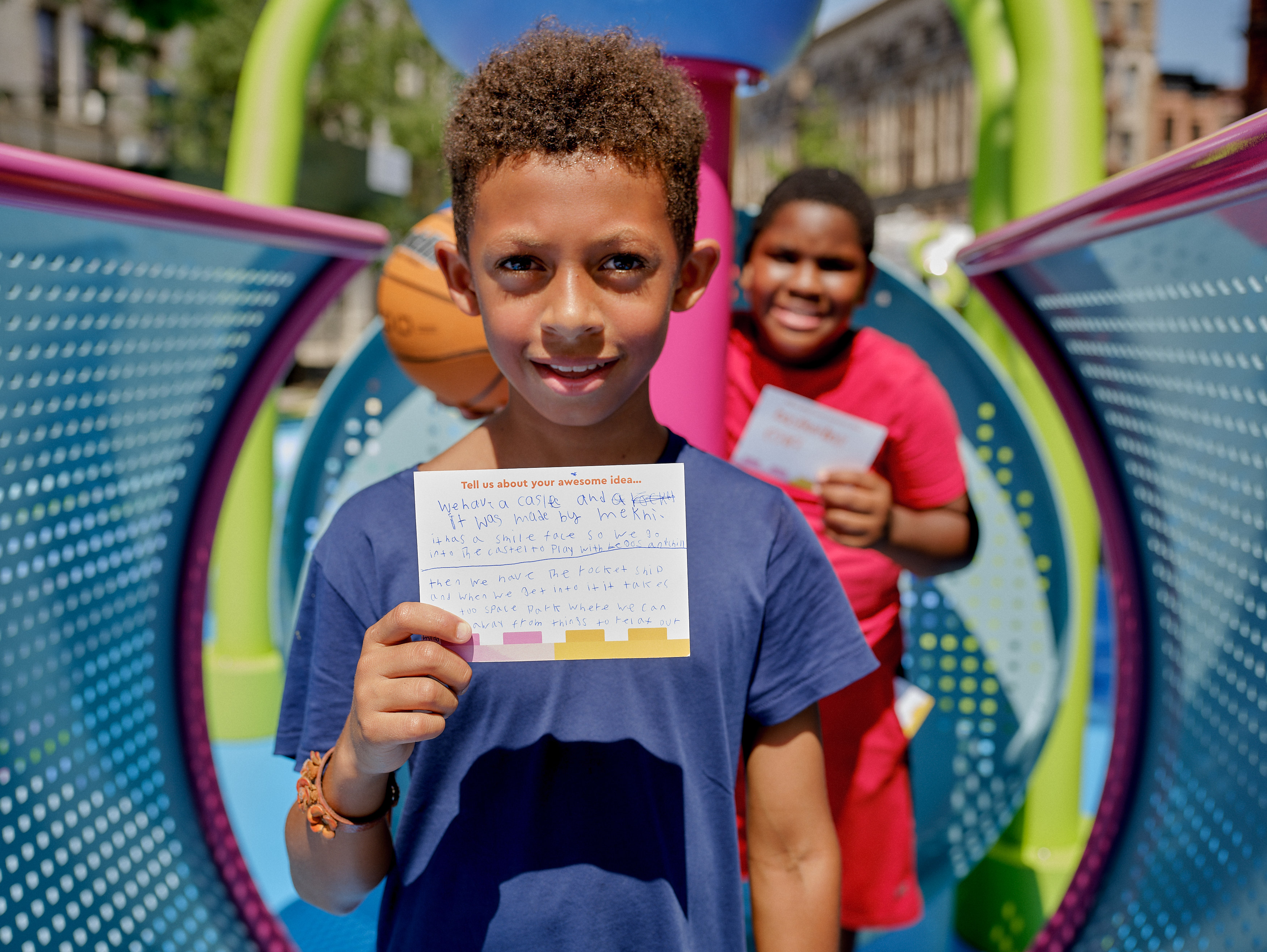 “My work often explores stories about the world I grew up in, so meeting the children from BroSis and hearing their vision for the world we live in now had a  profound impact on the design of this play space," added Brantley . "I wanted to create something that offered the local community a chance to come together regardless of their background or culture, leave the pressures of  the busy world we live in behind and explore what the work looks like through the optimistic eyes of  children.”

Lego is not the first brand to open a branded immersive playground this year; in May, Nike opened its own playground in South Korea, designed to be more inclusive and encourage kids to try new sports.