Gone are the days of film rentals where you actually have to go into a store and speak to a movie buff who can make that recommendation you never would have thought of. But in this never-ending land of screens we live in, we’ve traded emotion and human insight for convenience. Not cool. At Red & Co., we’re humans ourselves. And humans get tired—tired of taking longer to find a movie to watch than it takes to watch the film itself. (No, really. Sometimes it takes that long. Or you just give up and end up falling asleep. “Hey, why don’t we watch…um…uh…er…zzzzz…snort.”) Films are fun to watch. Finding the right one should be, too.

But separating the countless films out there into the old, old genres isn’t good enough. Sci-fi, drama, horror, documentary, rom-com, and so on. The search engines just don’t always get what you’re truly in the mood for. You know what’s picking your movies for you, right? Computer algorithms. Because 000101110011 knows you so well, doesn’t it?

FEELM is a discovery tool that finds films based on what you really feel like. It’s a platform developed by movie lovers and organized by the way we (again, humans) really think about the mood we’re in. FEELM not only quickly gives you recos based on what you’re in the mood for, but it also gives you everything needed to make your movie choice in one place.

This includes a plot summary, links to trailers, Rotten Tomatoes movie reviews, running time, and direct links to places you can see the movie, including platforms from iTunes to Amazon to Netflix. You can even keep your personal list of films to watch later. And FEELM is available as a web app, and on Android and iOS. Red & Co.’s basic motivation is to make amazing ideas happen. We want to change how things are done. FEELM is the result of film lovers coming together to make something that will make us love film even more.

Give it a try yourself. Have fun.

Our goal is to help you feel good searching for what you’re feeling. 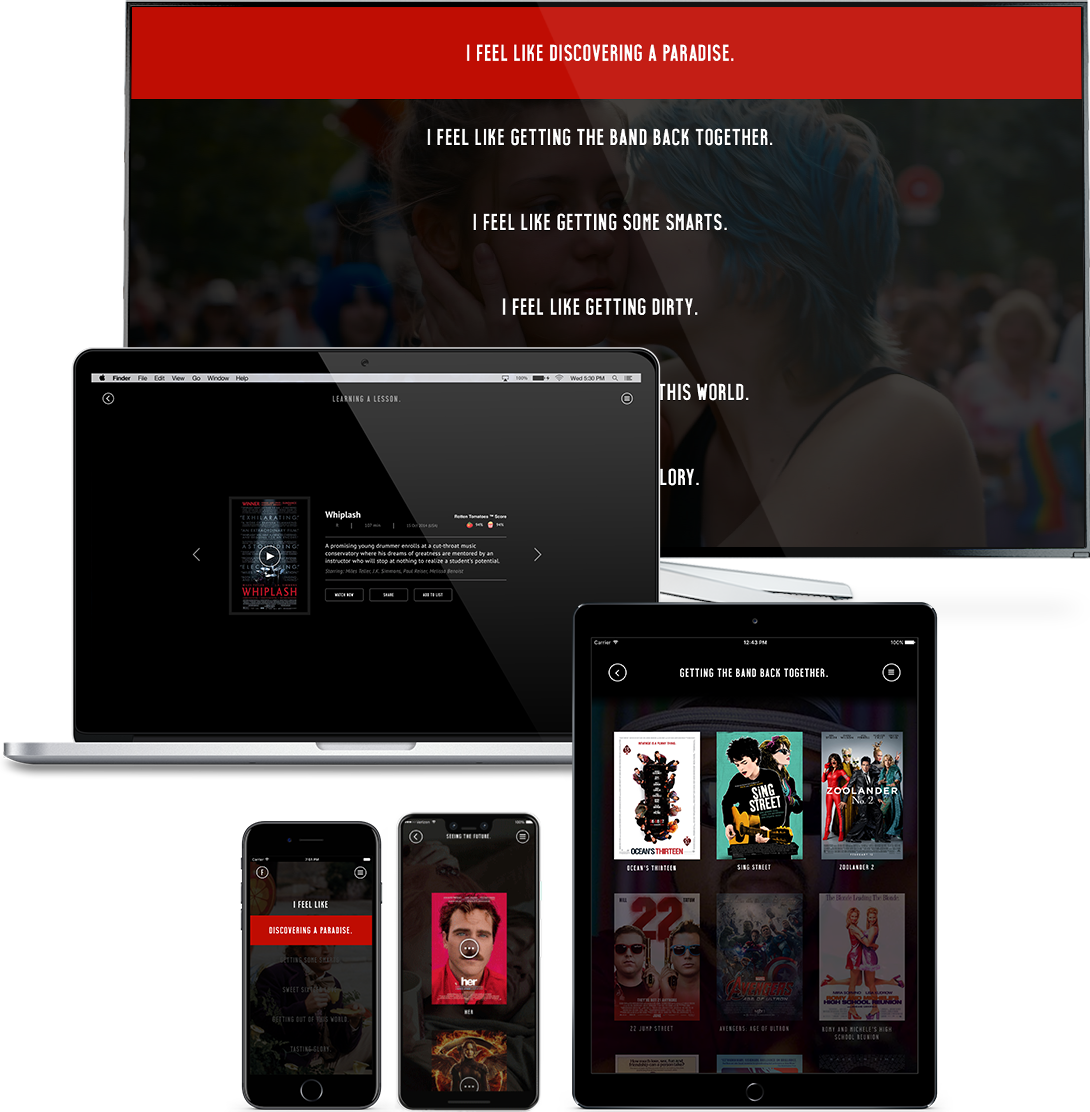 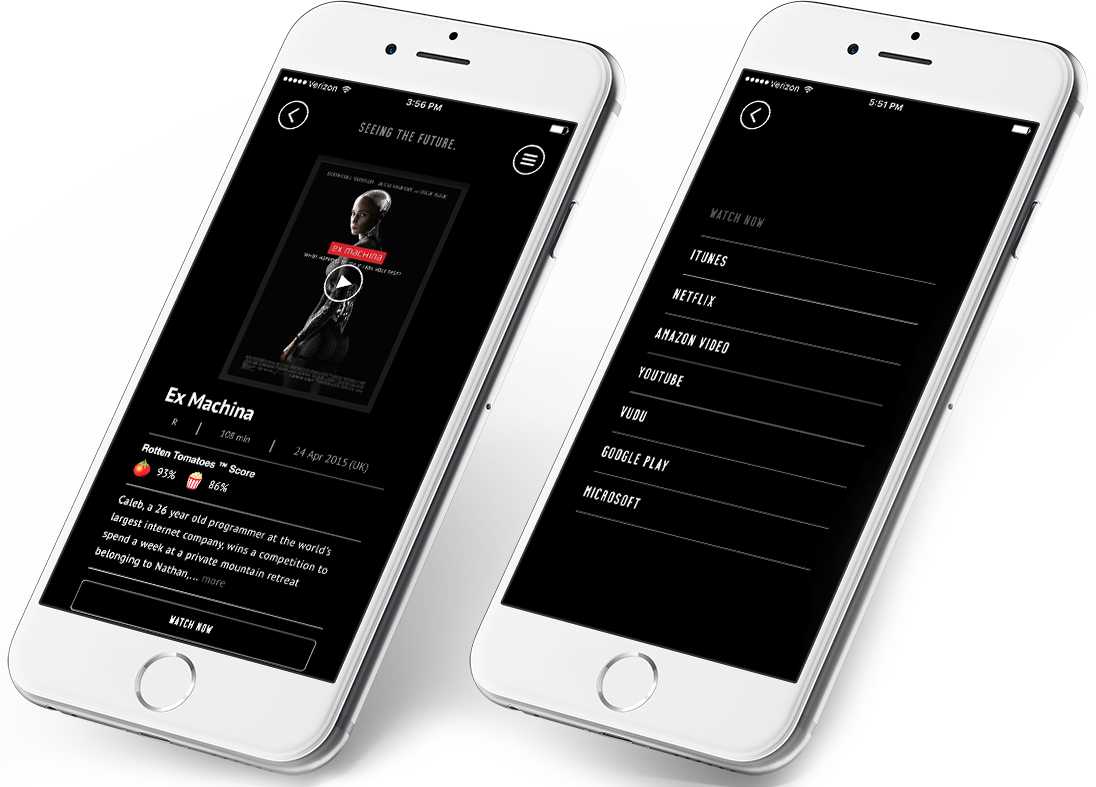