Liberty Mutual is behind activation positioning itself as the insurer to protect you from villains in tie-up with 'Spider-Man: No Way Home'

This morning, a newsstand selling "The Daily Bugle," the newspaper from Marvel's "Spider-Man" franchise, appeared on the streets of New York City.

It's actually part of a promotional tie-up between the new Sony Entertainment Pictures film "Spider-Man: Now Way Home" and Liberty Mutual, which is positioning itself as the insurer to protect you from fictional multiverse villains. 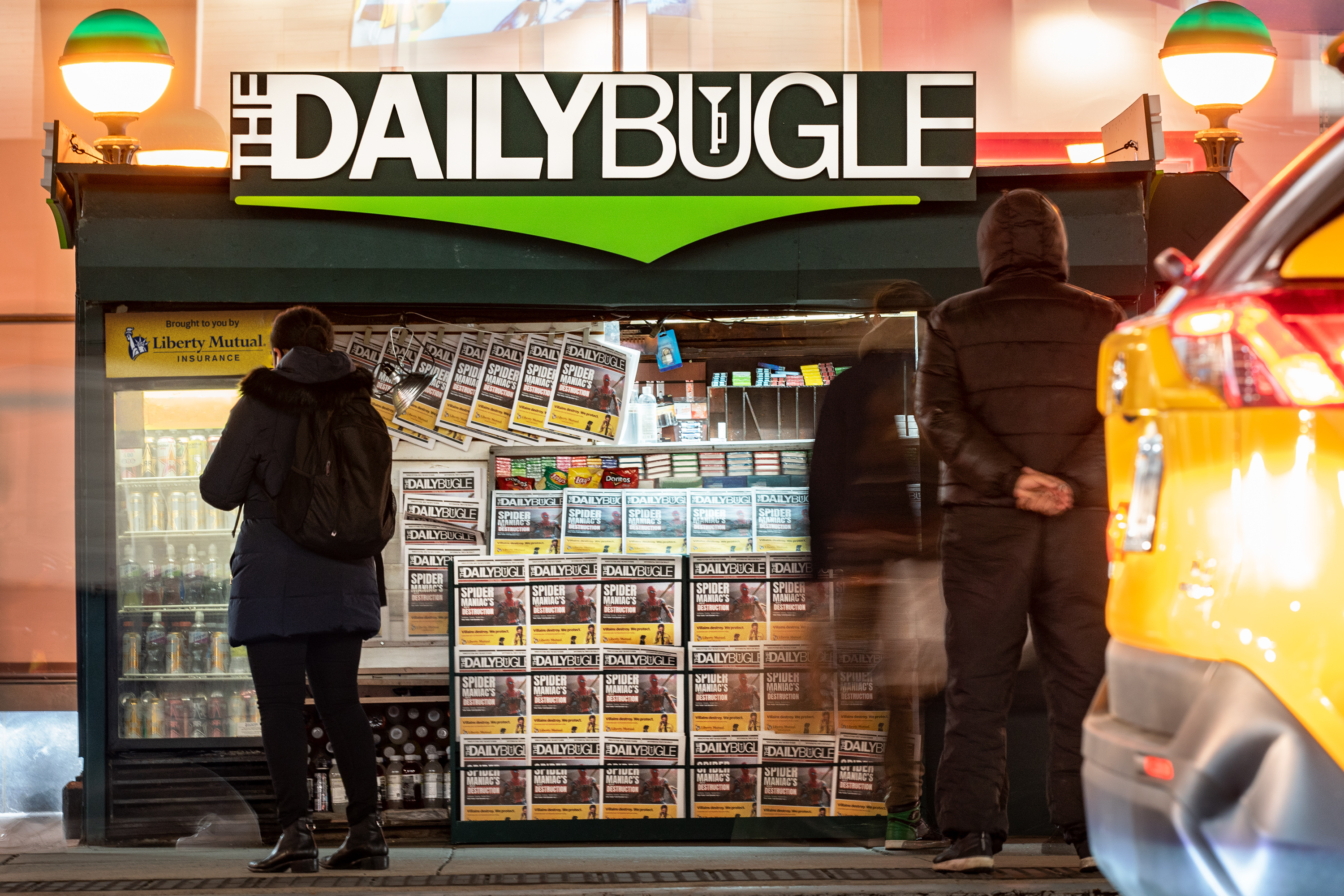 The insurance firm and its agency Goodby Silverstein and Partners have transformed a newsstand on New York's Upper East Side into a modern-day "Daily Bugle" outlet, which is giving away 3000 limited-edition copies of the fictional publication. The special edition is filled with Spider-Man-related articles and contextual Liberty Mutual ads reflecting the movie’s anticipated storyline. Within the paper is also a Daily Bugle tip line that fans can call to report their Spider-Man sightings.

Liberty Mutual will also be taking over the cover of the New York Post with a custom cover-wrap ad.

“'Spider-Man: No Way Home' has been surrounded by secrets, rumors, and tremendous buzz since production began so it’s quite fitting that a real and limited edition of the Daily Bugle will be distributed from one secret newsstand in New York City,” said Jeffrey Godsick, executive vice president of global partnerships and brand management at Sony Entertainment Pictures, in a statement.

“Evolving our advertising for the future requires exploring new ways to engage with consumers,” added Jenna Lebel, Liberty Mutual chief marketing officer, global retail markets U.S. “Spider-Man is a globally recognizable character with a passionate following, and we’re excited to see the engagement and results this partnership will drive for our brand.”

This isn't the first time we've seen an advertiser open a faux newsstand in New York. In 2018, the Columbia Journalism Review installed a "Fake Newsstand" in Bryant Park to warn viewers against the dangers of misinformation in the media, in a campaign from TBWA/Chiat/Day New York. 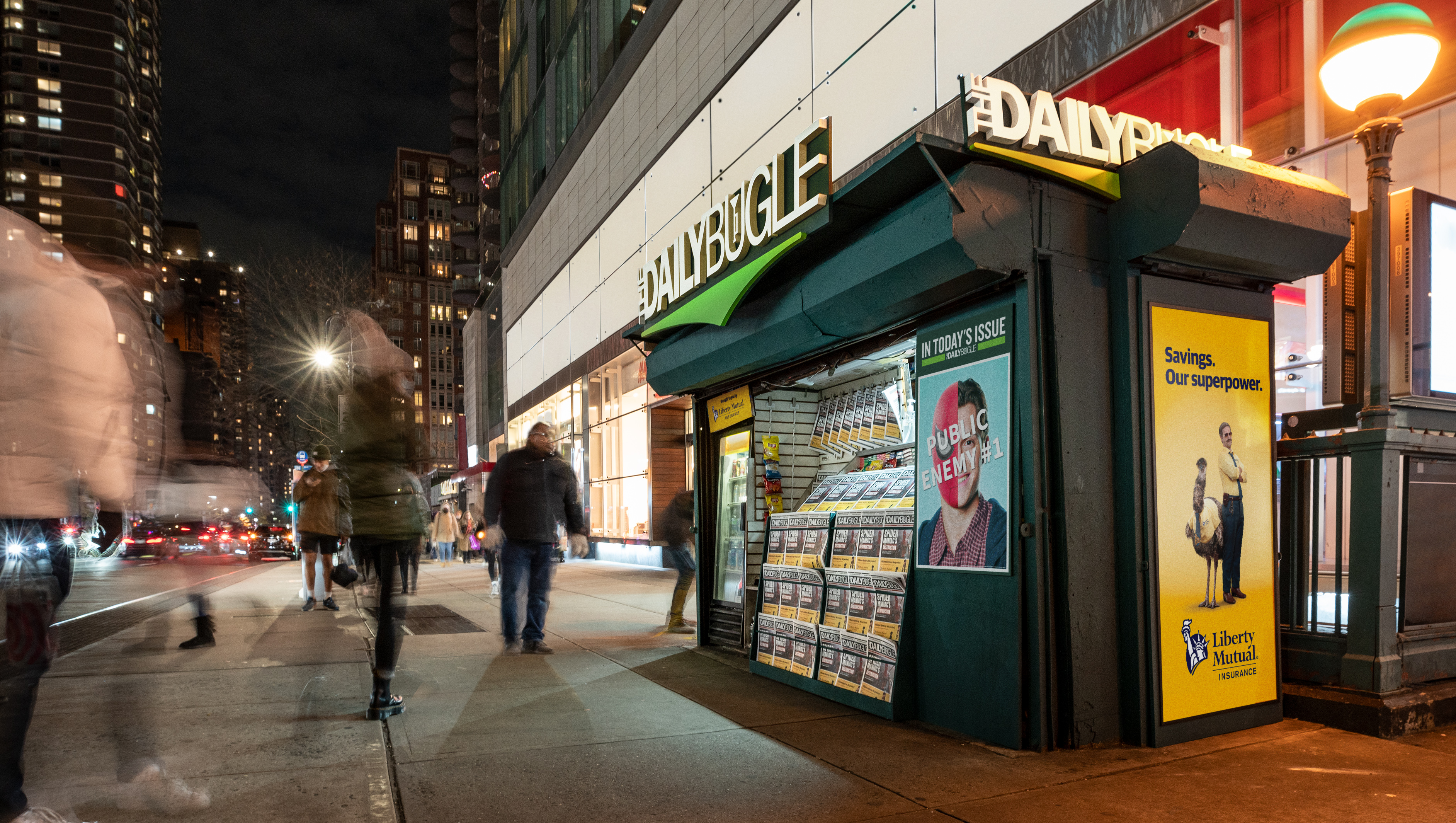