Money Can Tear People Apart, But ING Bank's 'Social Experiment Tries to Bring Them Back Together | Ad Age
Skip to main content

Money Can Tear People Apart, But ING Bank's 'Social Experiment Tries to Bring Them Back Together

ING, the Dutch bank, is the latest brand to indulge in the "social experiment" style of advertising -- as pioneered by the likes of Dove and Heineken -- with a film in which it brings together people who have fallen out over money.

The campaign, by JWT Amsterdam, take pairs of people who used to have a close relationship, but who have grown apart because of a dispute over money. Everyone is interviewed separately on camera to discuss the money conflict from their perspective, and how it makes them feel. Afterwards, each person gets to watch the other's interview showing their side to the story, and they are given the choice: is your friendship or family ties more important than money? If yes, they are instructed to choose the "heart" sign on one side of the room; the wall then slides back to reveal their long-lost friend. Of course, there are some emotional reunions.

While the message of the film, running on social channels, is that love is always more important than money, there's no overt tagline about ING in the film. However, according to JWT Amsterdam creative partner Bas Korsten, it fits with the brand's ethos of "progress."

"We wanted to explore the fact that a conflict about money -- even a small amount-- can stall a relationship," says Korsten. "'Love Beats Money' seems like a surprising statement coming from a bank, but in fact it fits seamlessly into the brand's ethos. We are thrilled that our experiment shows that love indeed conquers all. No matter how important we sometimes think money is."

JWT Amsterdam was inspired by research showing that over half of Dutch people (62%) regularly argue about money, which often leads to conflict. However, acording to the agency, finding the couples to take part was a process in itself. Production company Holy Fools and director Susanne Opstal took the lead in this using social media, boards and classified to find people to take part in the experiment. They didn't mention ING until later in the process. However, the delicate subject led several couples to drop out before the final participants were chosen. 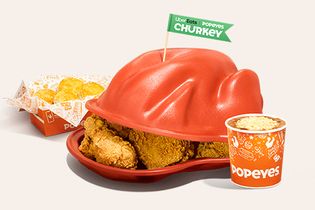