In a new video that debuted on his social channels, he appears with his “twin brother”—named Gordon—in a tense, fireside-style interview to unveil the news. (Not surprisingly, there are cameos of Reynolds' Aviation Gin and Hugh Jackman's Laughing Man coffee, all subjects of previous Maximum Efffort ads.)

Gordon seems to have a bit of a chip on his shoulder as he quizzes his bro on coming out of the pandemic, his marriage, his penchant for “body-switching” movies (“Detective Pikachu,” “Selfless,” “The Voices”) and “to a lesser extent this ad masquerading as a tired as shi*t fake twin brother sketch.”

Gordon then gets down to the big question: “Are you hard up for money?” because Reynolds sold his gin company and now he’s “offering up Maximum Effort Marketing up to a volcano.”

Ryan then corrects his doppelganger. The company acquiring Maximum Effort is named MNTN (pronounced “mountain”) and “it’s an ad tech firm that’s revolutionizing performance TV!” he asserts, before going into further detail about the company.

“I’m sorry, what did you say?” Gordon interrupts. “I passed away while you were talking.”

In a statement, Reynolds explained that “we wanted a future for our marketing arm that ensured we could continue to move fast, have fun and do really rewarding work. I was blown away by the simplicity and speed of MNTN’s technology and how it opens up access to TV for advertisers who can’t afford upfront agreements. I believe the combination of our companies will create a 1+1 equals 3 situation, assuming my math checks out. It was never my strong suit.”

“Creative is the center of the advertising industry and I’ve always thought it odd to have creative and media walled off from each other,” added Mark Douglas, CEO of MNTN. “Maximum Effort’s work speaks for itself and having spent a lot of time with Ryan, I know I’ve found a partner who likes to move fast and take big swings.”

MNTN, which is based in Culver City, California, builds ad software for brands geared toward driving measurable conversions, revenue and site visits and more through the power of television. It bills itself as “the world’s first and only ConnectedTV advertising platform optimized for direct-response marketing goals.” 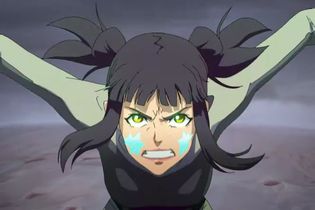 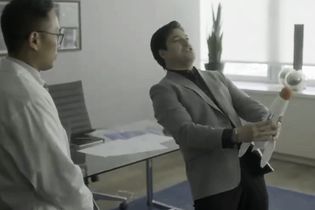