Are NFTs over yet? In the world of fast food, apparently not. Following in the footsteps of Taco Bell and Pizza Hut, McDonald’s is the latest restaurant chain to drop its own collection of non-fungible tokens.

In a campaign from DDB Paris, the Golden Arches has created four unique digital pieces featuring four of its iconic menu items: the Big Mac, fries, Chicken McNuggets and a sundae, each of which are paired with five NFTs. 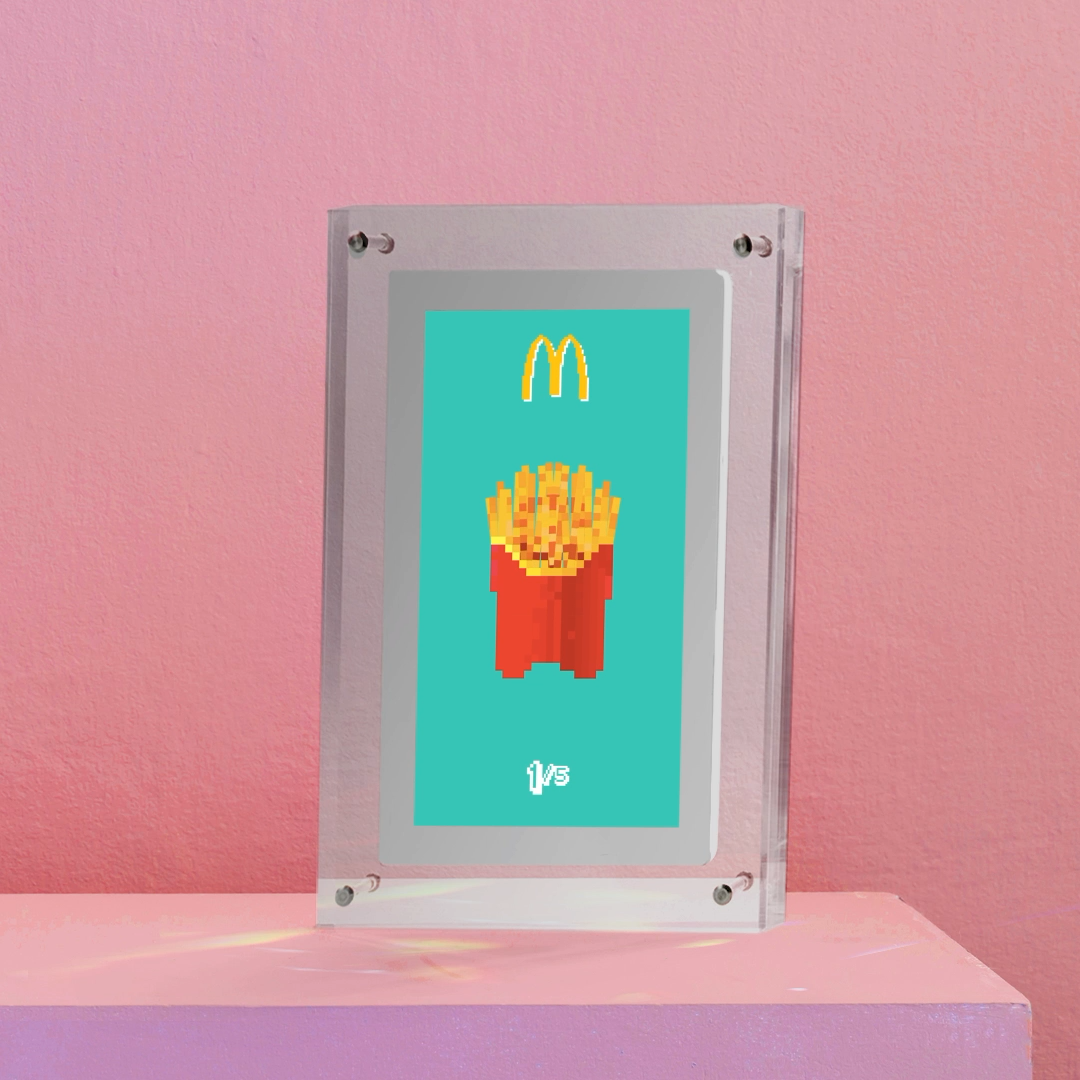 Unlike Taco Bell and Pizza Hut, which put its NFTs on sale (Taco Bell’s originally went for .001 Ethereum, or around $2, while Pizza Hut’s original price was  0.0001 Ethereum, just under $.21), McDonald’s is giving its NFTs away for free, through a pair of games on the brand’s Instagram and Twitter accounts. The first contest begins on Friday, April 9 and runs until April 13. Participants will have to follow @McDonaldsFrance on Twitter or Instagram and tag the name of a friend or retweet a publication that has talked about the game (so presumably, this story would count).

The NFTs for two of the works will be given away in the first contest and players can try for the others in round two, which runs from April 14-18. Each of the 20 winners will also score physical representations of their works, encased in a frame.

NFTs have seen a rise in popularity across the art and pop culture world. They are essentially digital authentications, or certificates, of your ownership of a digital work, hosted on the blockchain. They certify that you are the official owner of such a piece, even though the assets or files themselves can be downloaded by others. Once someone acquires an NFT, they are free to exchange or resell them via the blockchain. Famously, the digital artist named Beeple last month sold an NFT for one of his works for a record $69 million dollars at a Christie’s auction.

As for the food NFTs, Pizza Hut’s Non-Fungible Pizza had sold for $8,842 and is now on the market at Rarible for 5 ETH (nearly $10K), while one of Taco Bell’s NFTs currently has an asking price of 100 ETH (nearly $200K), so we’re eager to see what a Big Mac and Fries will command should their winners put them up for auction. 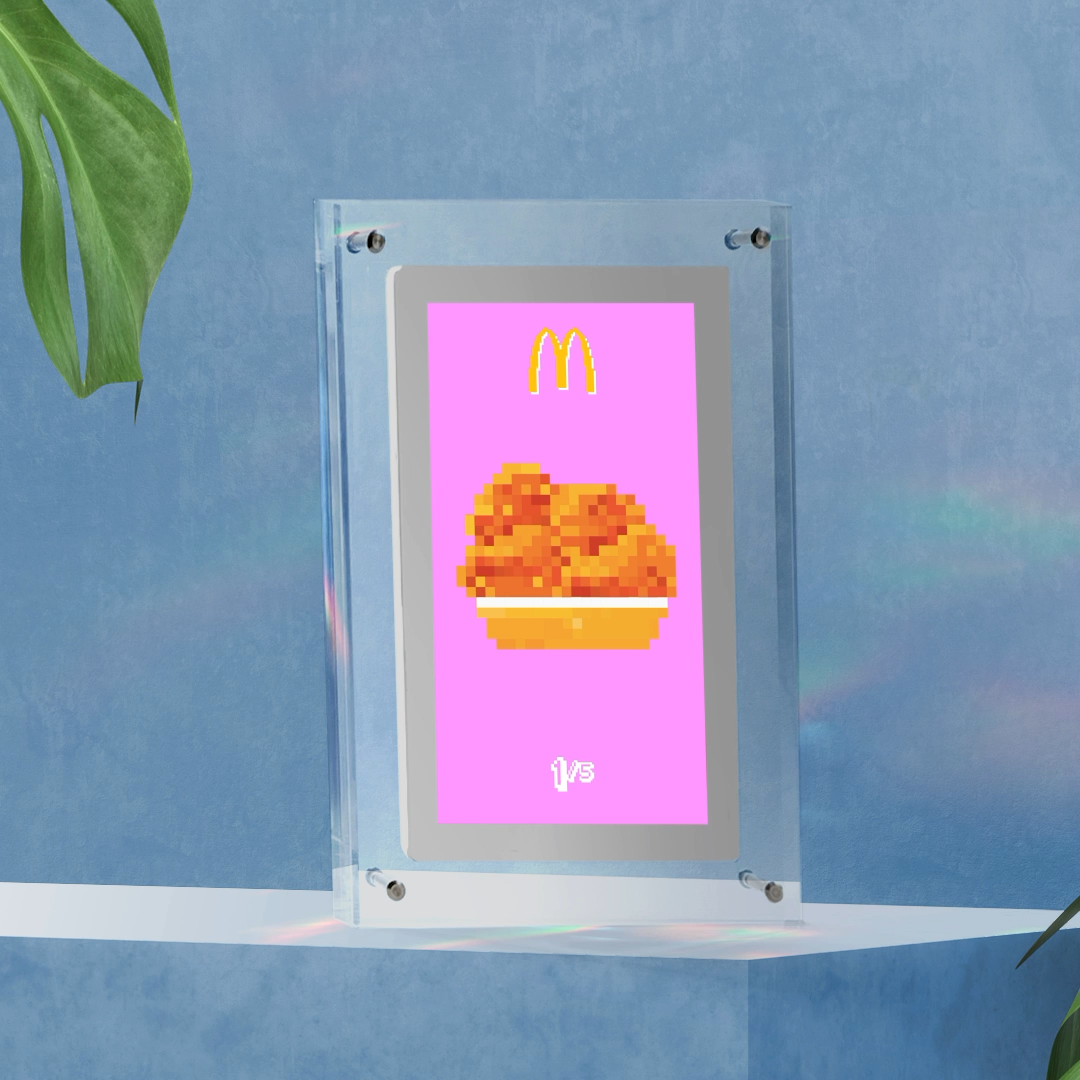 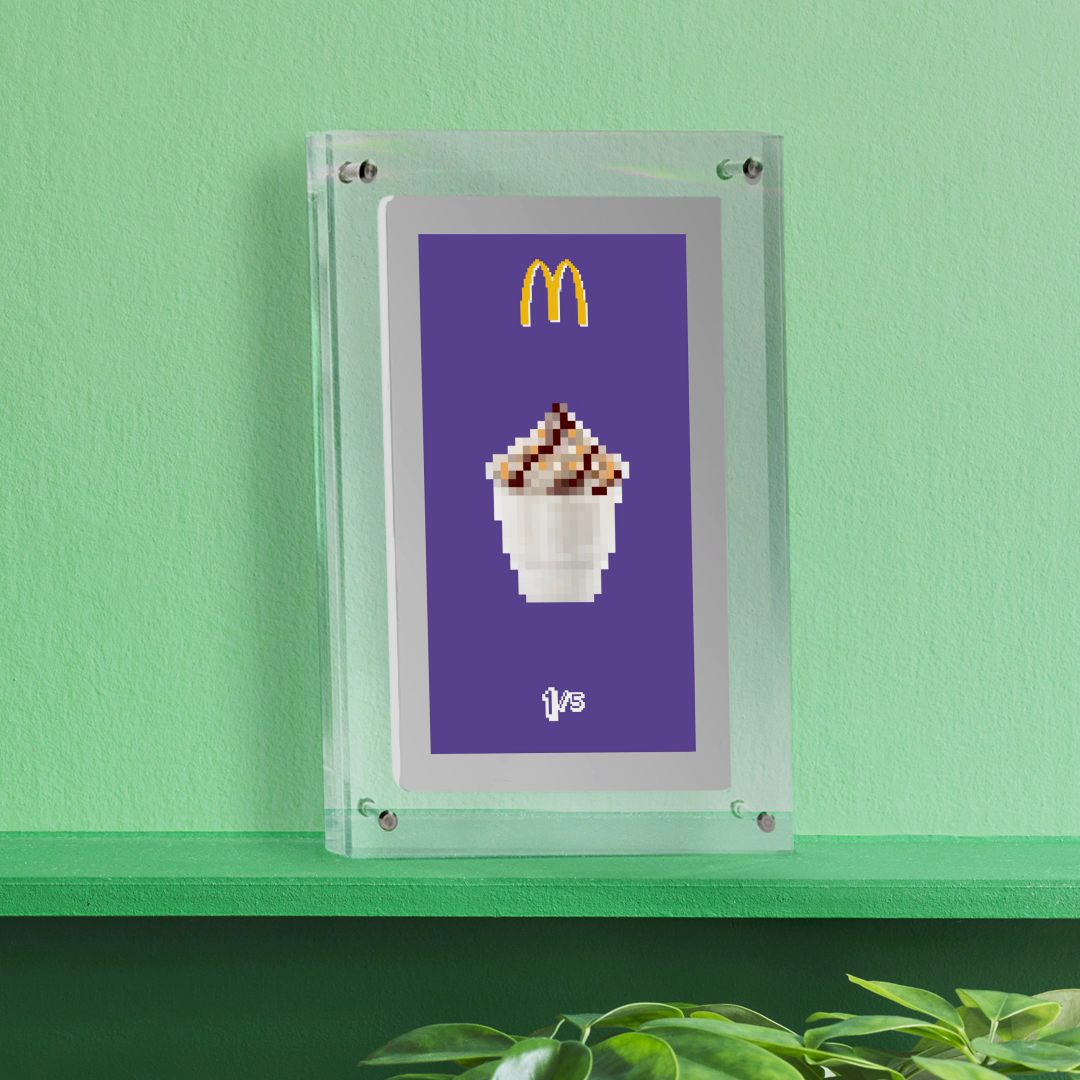 McDonald's: A girl grows up with McDonald's in rewards program push

McDonald's: McDonald's McCafé cups will soon carry ‘We Can Do This’ vaccine awareness branding