In Latin America, National Geographic has developed a curious tool for ensuring that the truth comes out for its first investigative journalism show, "Explorer Investigation," set to debut this September. Working with Media Monks, the broadcaster has developed a "Microphone of Truth" which analyzes its user's heart rate and voice to determine whether he or she is telling the truth--or shoveling the B.S.

If the person is truthful, a light on the mic shines green. If there's a bit of uncertainty, it turns yellow, and a bare-faced lie will trigger red.

According to Alex Mendes, Nat Geo Partners Latam head of creative services, "The idea was to reinvent the old microphone in a time of fake news." Also, it's a tool for adding a bit of fun and entertainment to the typical politician and celebrity interview.

Clearly as in any sort of lie detector, there's room for error. "It is impossible to say whether anyone is lying or telling the truth with 100% certainty," Mendes says. But he adds it does serve as a way to put pressure on the user to steer clear from the fibs. 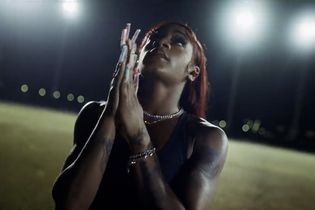