As the U.K. enjoys watching the delayed Euro 2020 soccer tournament, the new "Football Moves People" campaign by the Migration Museum is taking the opportunity to remind the audience that immigration has played a positive role in the sport, in real-time.

The outdoor ads, by Wonderhood Studios, showcase the diverse family roots of key England players such as Raheem Sterling, Marcus Rashford and Harry Kane. An hour before England games start, the ads map out the team's starting line-up on the pitch highlighting the gaps that would be there without first, second or third generation immigrants.

After the game ends, the posters will reflect significant scores and point out how they would have been different without immigration; for example, England would have not have won 1-0 against Croatia in its opening game without Sterling's goal.

The posters are being displayed in cities nationwide, including areas where featured players grew up. The campaign will also run on pub screens. There's also a social media hub where fans can explore the migration stories of the players.

The aim is to bring players' roots to the forefront of fans' consciousness and shape the conversation around soccer.

“It’s no exaggeration to say that without migration, football as we know it wouldn’t exist,” said Robyn Kasozi, head of public engagement at the Migration Museum, in a statement. "But migration has shaped far more than football. It goes to the heart of who we all are, where we come from and where we’re going—as individuals, as communities and as nations. It’s time to put migration at the heart of our national conversations, and with tens of millions of us watching the Euros this summer, where better to start than with football.” 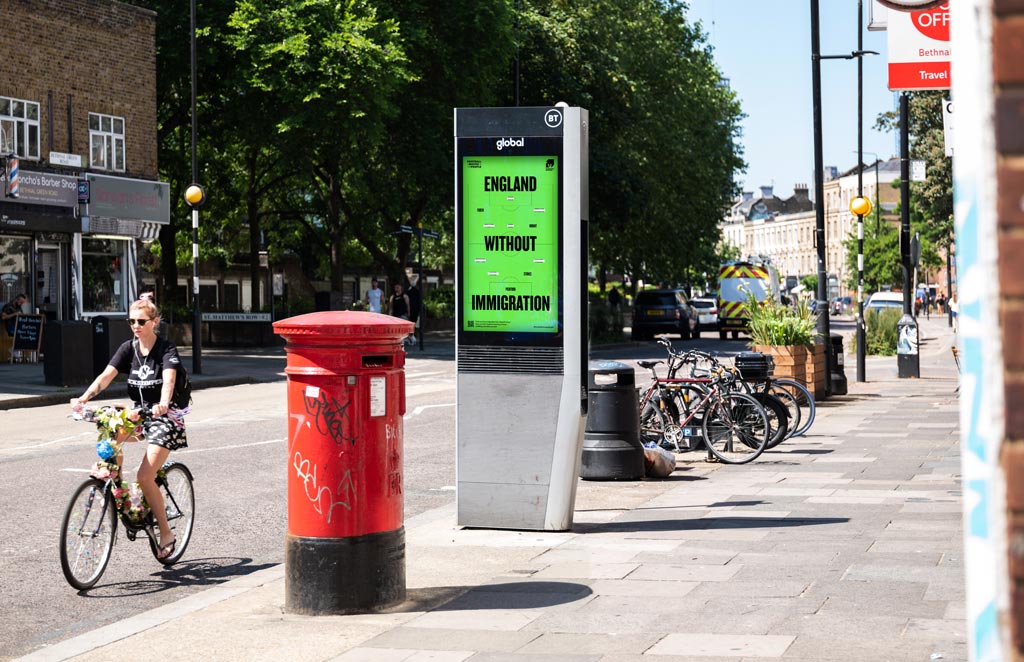 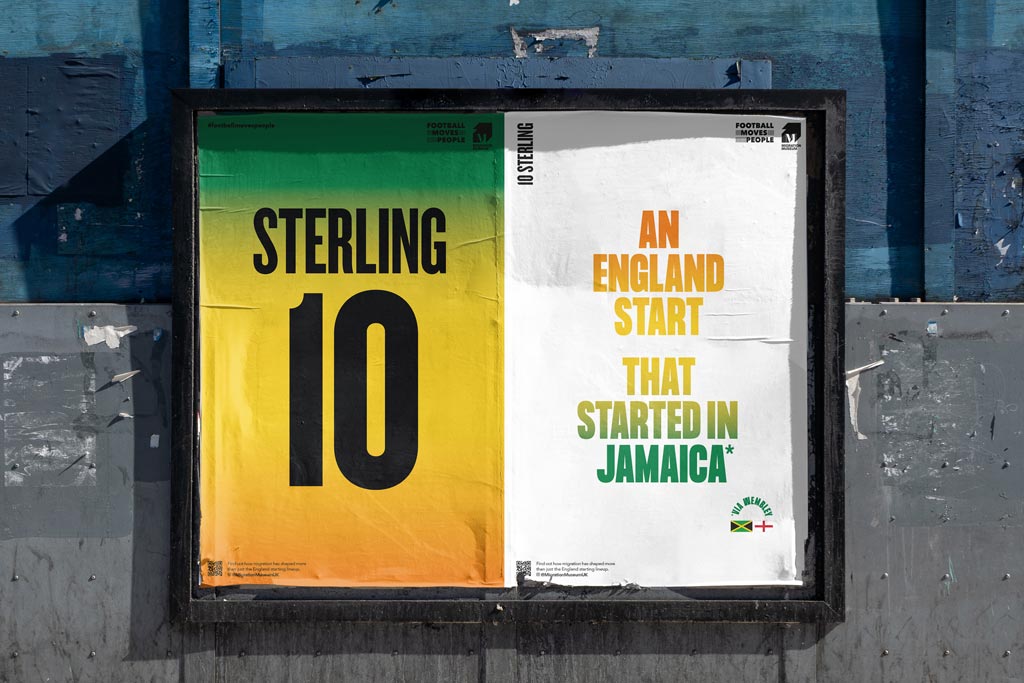 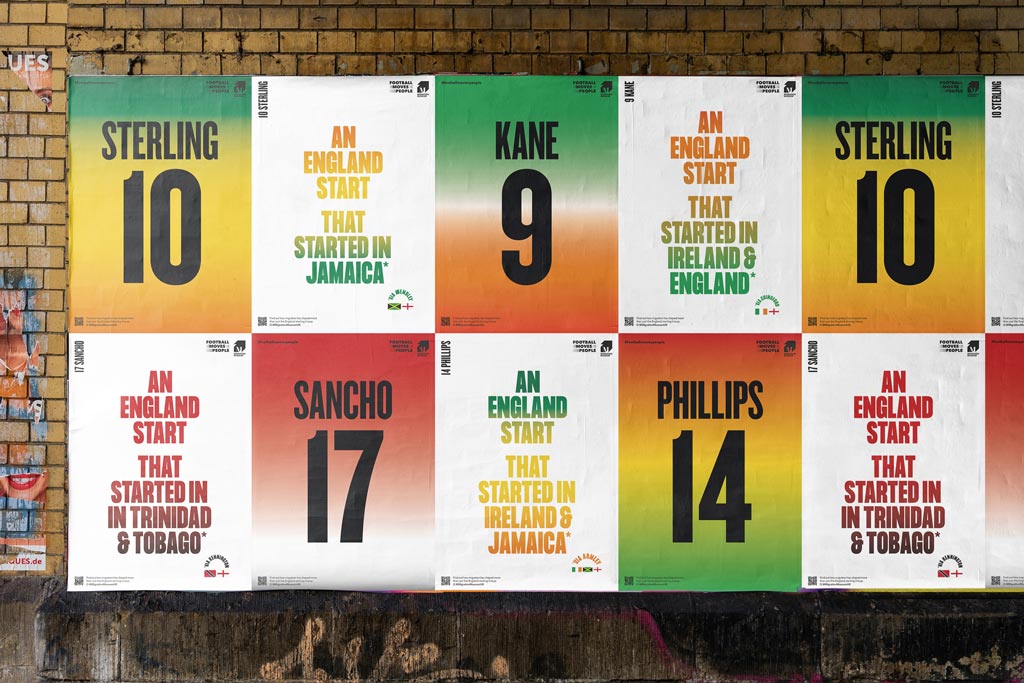 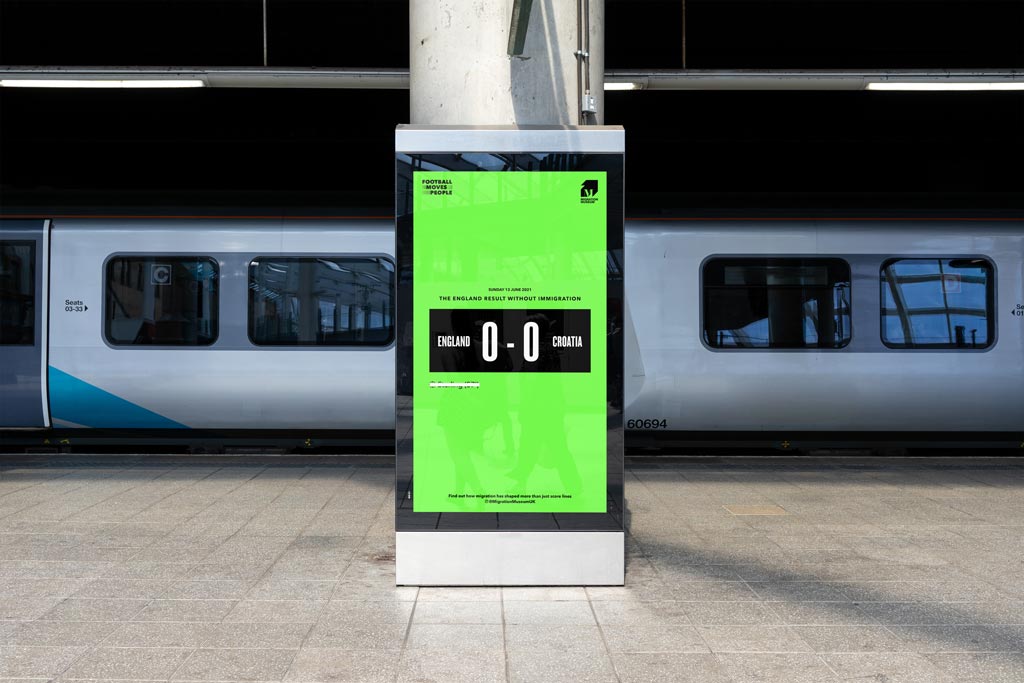