No gamer ever wants to hit pause, not even to grab food. Uber Eats used this insight to dominate the gaming space with five days of streaming fueled by Wendy’s. Uber Eats and Wendy’s collaborated with pro streamers on a national, limited time Wendy’s menu and turned it into disruptive content that unleashed fandom, drove culture, and amplified brand advocates. The biggest streamers played the biggest new games fans had never seen them play driving mandatory viewing from audiences.

The integrated campaign and streaming activation generated impressive results with a +9% increase to total orders during promotional period including a +15% incremental increase to new Eaters to Wendy’s, 191 earned media placements, 38,717,414 minutes watched, and 343,462,898 impressions. The gaming influencers selected for the campaign also broke their own records with (3) streamers taking the No.1 position on Twitch and (2) streamers hitting 100K+ concurrent views throughout the streaming event. One streamer even set a personal record for most concurrent views.

The Never Stop Gaming campaign served up a first-of-its-kind experience authentic to the world of gaming, helping prove that what makes Uber Eats great isn’t the delivery of food; it’s how food can deliver an unmissable experience. 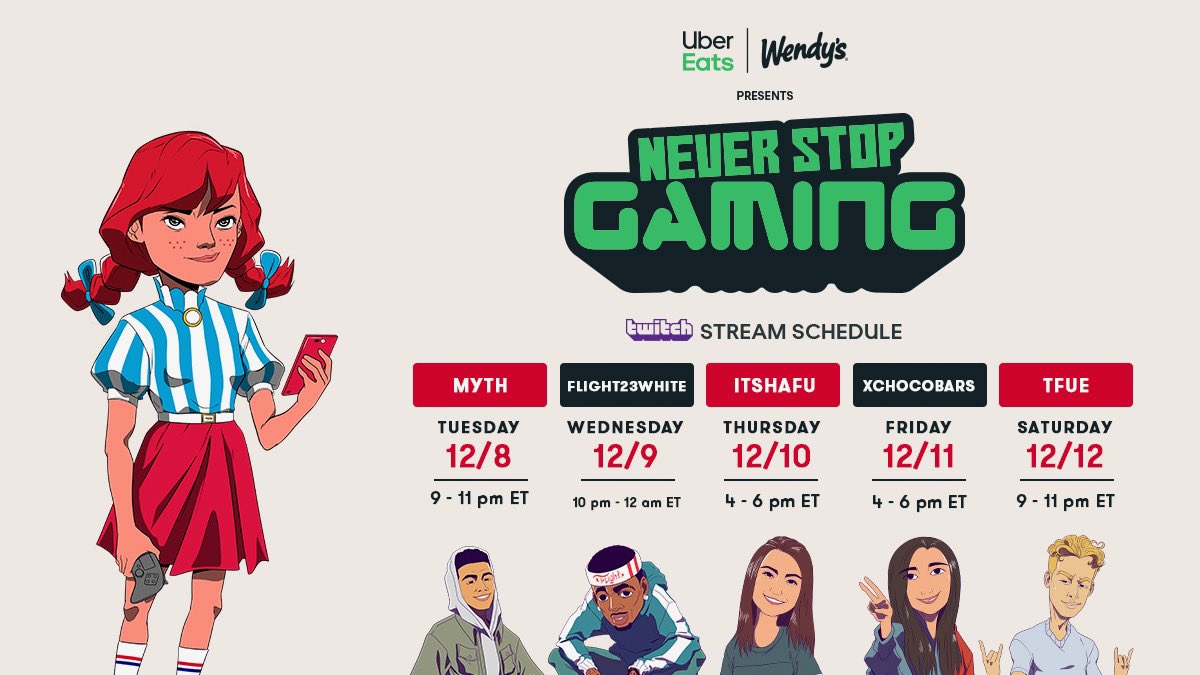 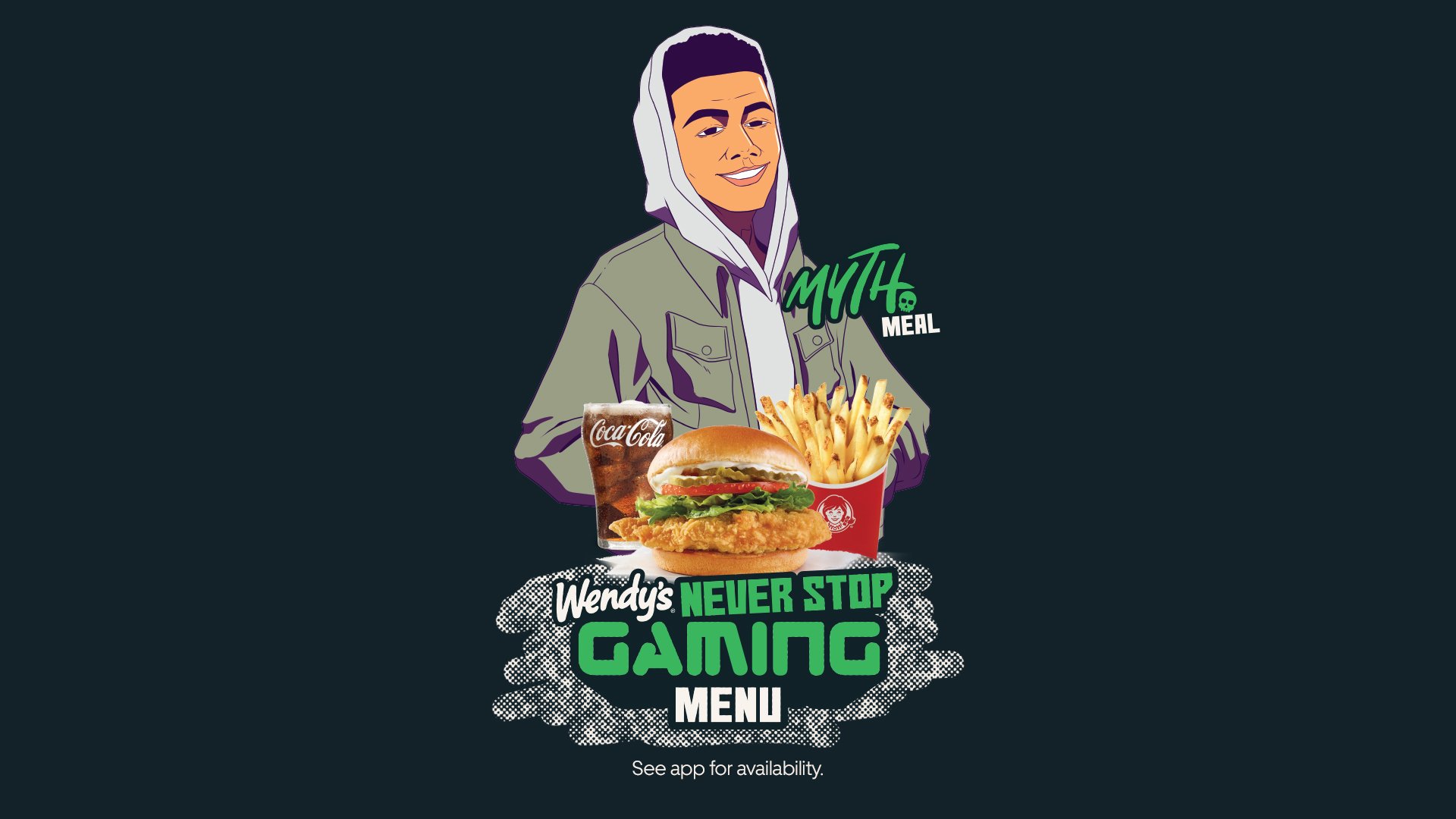 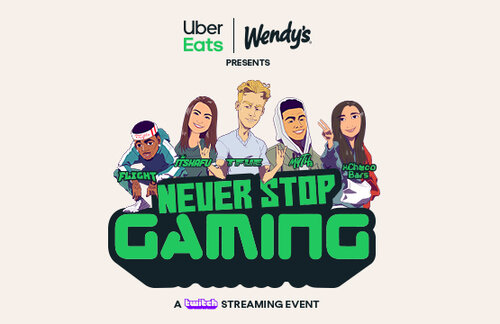