Would you let your kid go to a play date in a house with a pet tiger? Even if it was looked up. That's the premise of a new PSA from Northwell Health, the largest healthcare provider in New York State, highlighting the dangers that gun violence poses to children.

The 30-second TV spot, “Ferocious Tiger,” depicts two parents dropping their children off at friend's place for a play date. The couple inquire rather nervously about the tiger (which we can hear roaring in the background) and whether it's “locked up the whole time.” The other parents reassure them that "we never let him out with kids around, not even our own."

“It doesn’t kill to ask about unlocked guns in the house,” the narrator says, before adding that guns are now the leading cause of death for kids.

Northwell Health worked with longtime agency partner StrawberryFrog on the creative campaign—an extension of the healthcare provider’s Raise Health movement which launched in 2021 and has fostered initiatives pertaining to issues like women’s health and students in STEM healthcare careers. 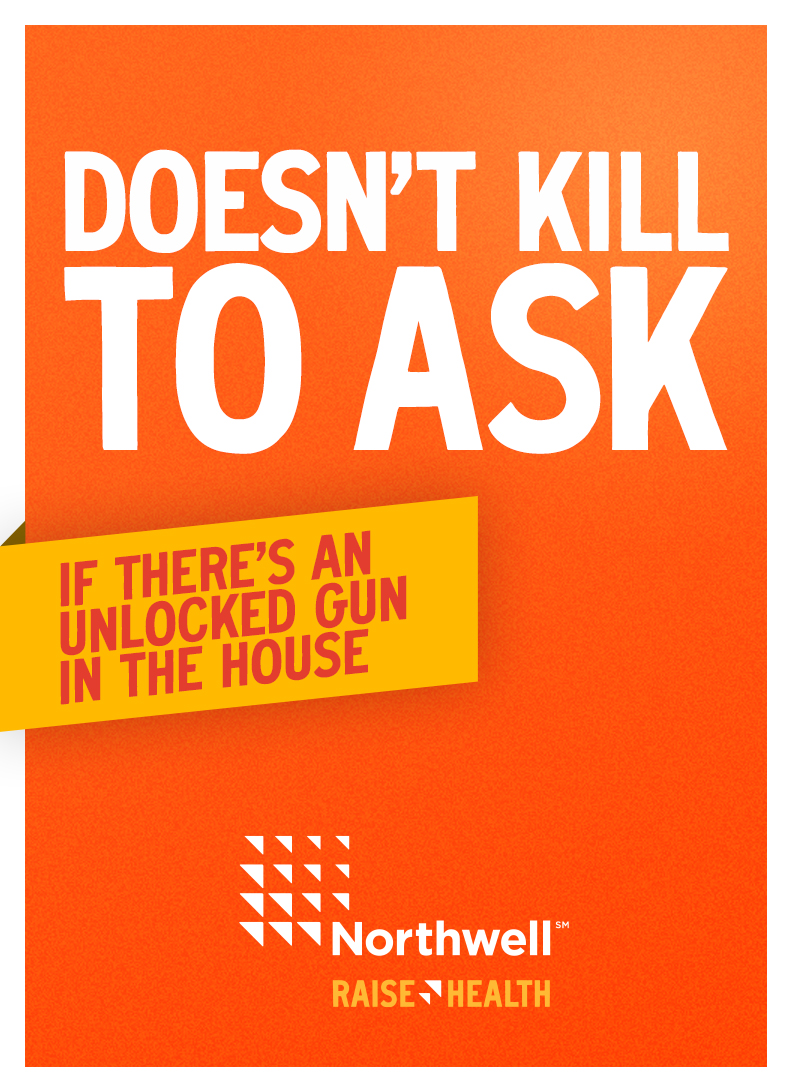 “This is really about the new information, which is that the majority of violence among kids and adolescents is unlocked guns in the home. So therefore, it required a really different type of storytelling,” said Scott Goodson, CEO of StrawberryFrog, about the creative which the team began working on this August.

“Much like you ask the parent of your child’s friend about food allergies, or if there is a pool, you should also ask if there is a gun in the home,” said Michael Dowling, president and CEO of Northwell Health, in a statement.

"We know that a lot of work has been done in the past for gun violence prevention and firearm deaths have only increased. So we wanted to stay away from tear-jerking interviews with families, scare tactics and horrifying statistics — we want to reframe gun violence as a public health epidemic that affects all of us,” added Ramon Soto, senior VP, chief marketing and communications officer at Northwell Health.

As well as “Ferocious Tiger,” which was directed by Steve Mapp via Fancy Content, the wider campaign includes radio, digital display, and social media placements, along with OOH and billboard messaging throughout New York state.

Northwell Health: We'll get through the coronavirus together