Last October, the New York Metropolitan Transit Authority, along with design and technology agency Work & Co, debuted a major redesign of the NYC subway map that brought together the best aspects of its storied history in a single, interactive interface on out-of-home displays and mobile. Now, the MTA and Work & Co have updated the map once again to make it even more useful—by providing up-to-date information on COVID-19 vaccine locations. 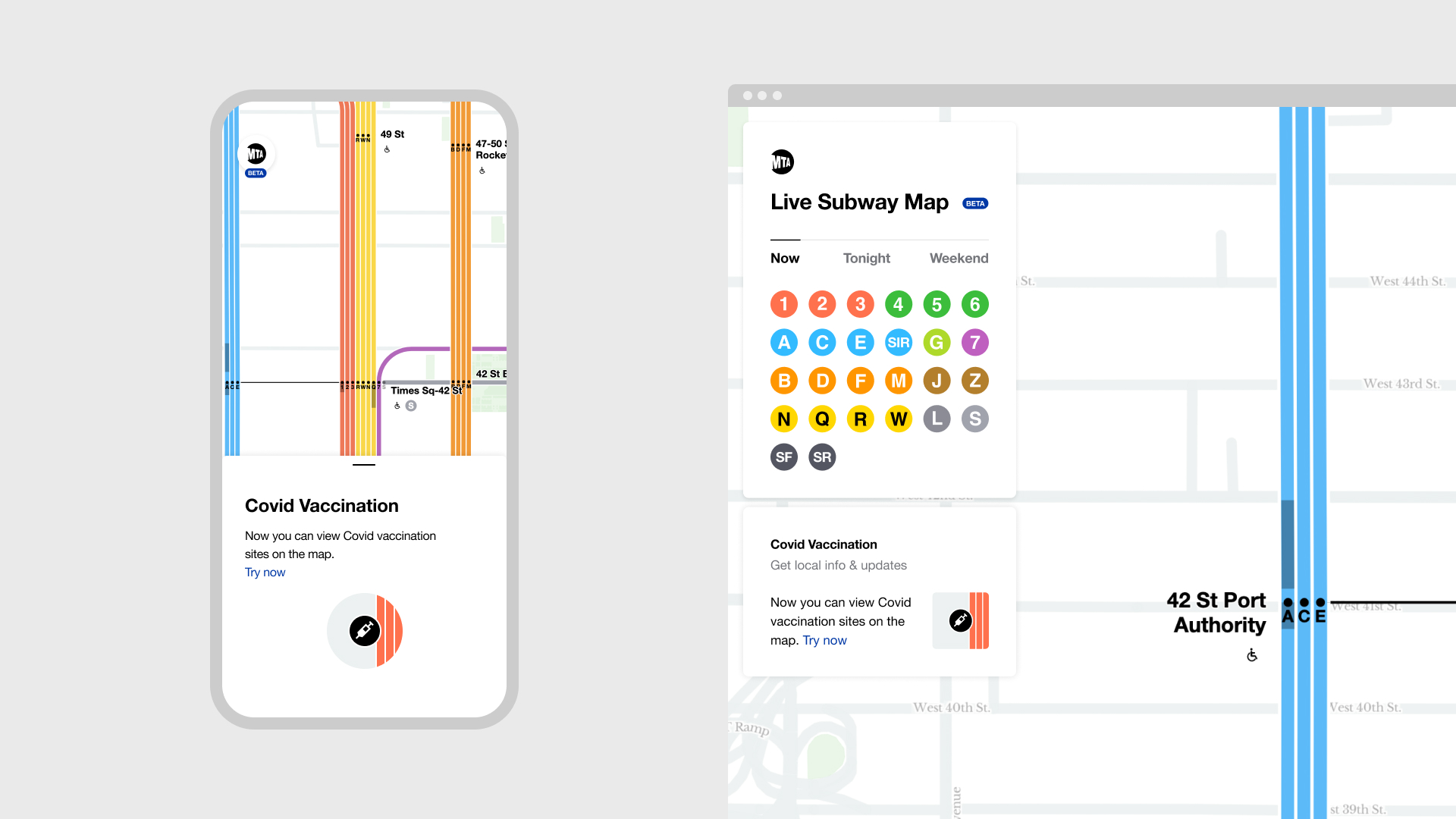 The new “Vaccine Locator” feature on the NYC "Live Subway Map" is designed to facilitate New Yorkers’ search for vaccination sites. Commuters can access the vaccine locations by tapping on the syringe icon at the bottom right of the map screen on whatever interface they are using. Clicking on the specific vaccine sites will pull up the site-specific details, like the type of vaccine provided, eligibility information, hours of operation, cost and a link for appointment scheduling.

Currently, the map features about 450 locations, which is a reflection of New York City's most recent data on vaccine sites. 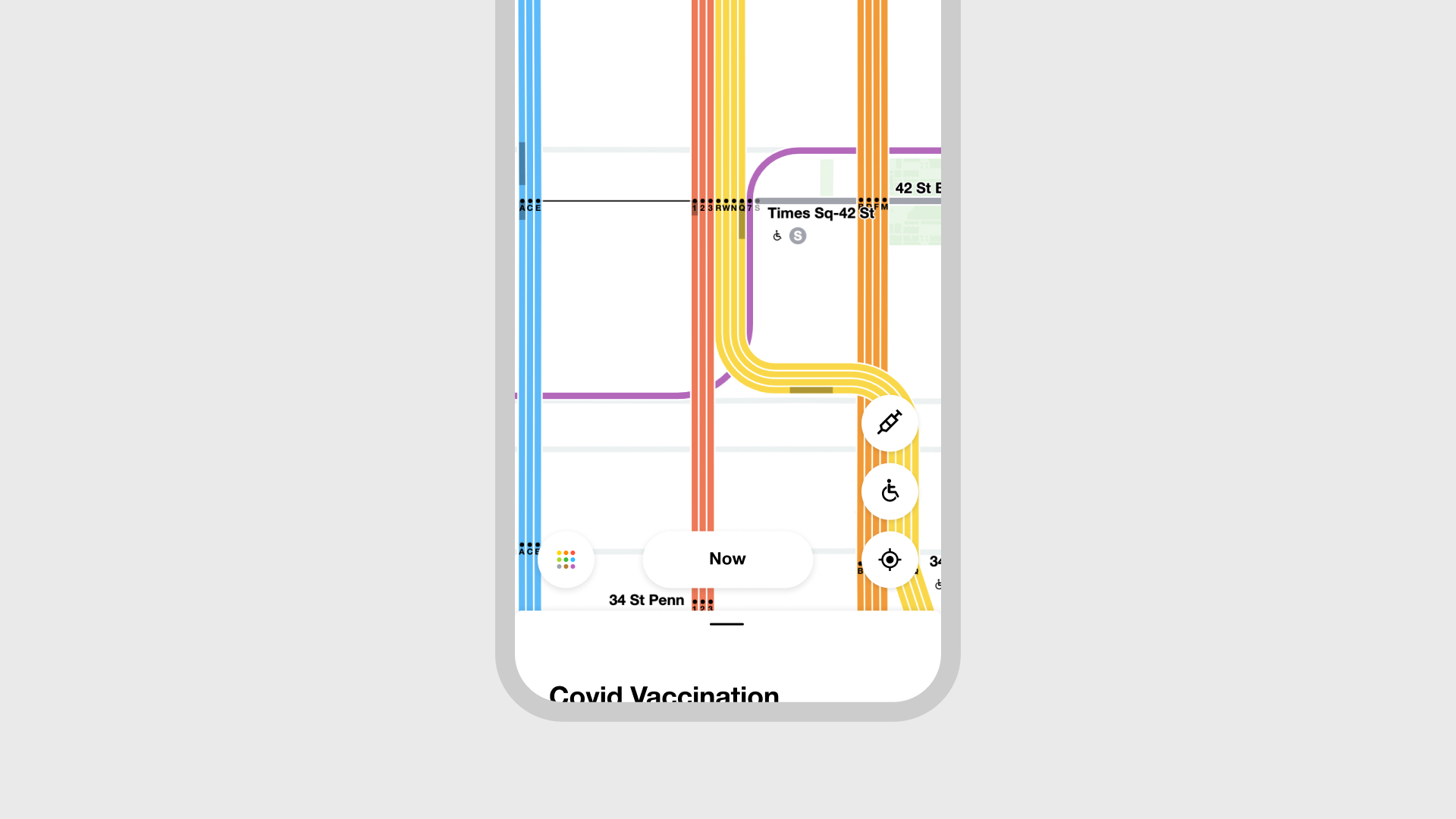 "We know that many New Yorkers rely on public transit to get to a vaccination site," said New York City Transit interim president Sarah Feinberg in a statement.  "Just as we did by launching new bus routes in Queens and Brooklyn last week, this new feature represents yet another way in which New York City Transit is thinking outside the box to make sure that the people of this city can seamlessly access the vaccination sites."

"When we debuted the Live Subway Map in October, we promised that it would evolve and take on new functions over time," added MTA Chief Customer Officer Sarah Meyer. "We're proud to play a small role in helping untold numbers of New Yorkers find out how to get up to date, accurate subway directions to their vaccination sites.” Meyer added that the map will be kept current with updates on any new sites that open up and as eligibility requirements change for New Yorkers.

“In the face of a global pandemic, we see a responsibility to help people however we can—and digital tools have the power to bridge the information gap,” added Felipe Memoria, founding partner at Work & Co.

Memoria tells Ad Age the biggest consideration of this update, which took about a month to develop, centered on technical planning around the data and integrating it accurately into the map in a timely fashion. "From a design perspective, we of course wanted to make sure the map didn’t get too cluttered and that this new content co-existed nicely with the subway system information, rather than competing with it or signaling a change in the map’s core capability," he says. "The core focus of the Live Subway Map remains visually communicating how the trains are operating in real-time." 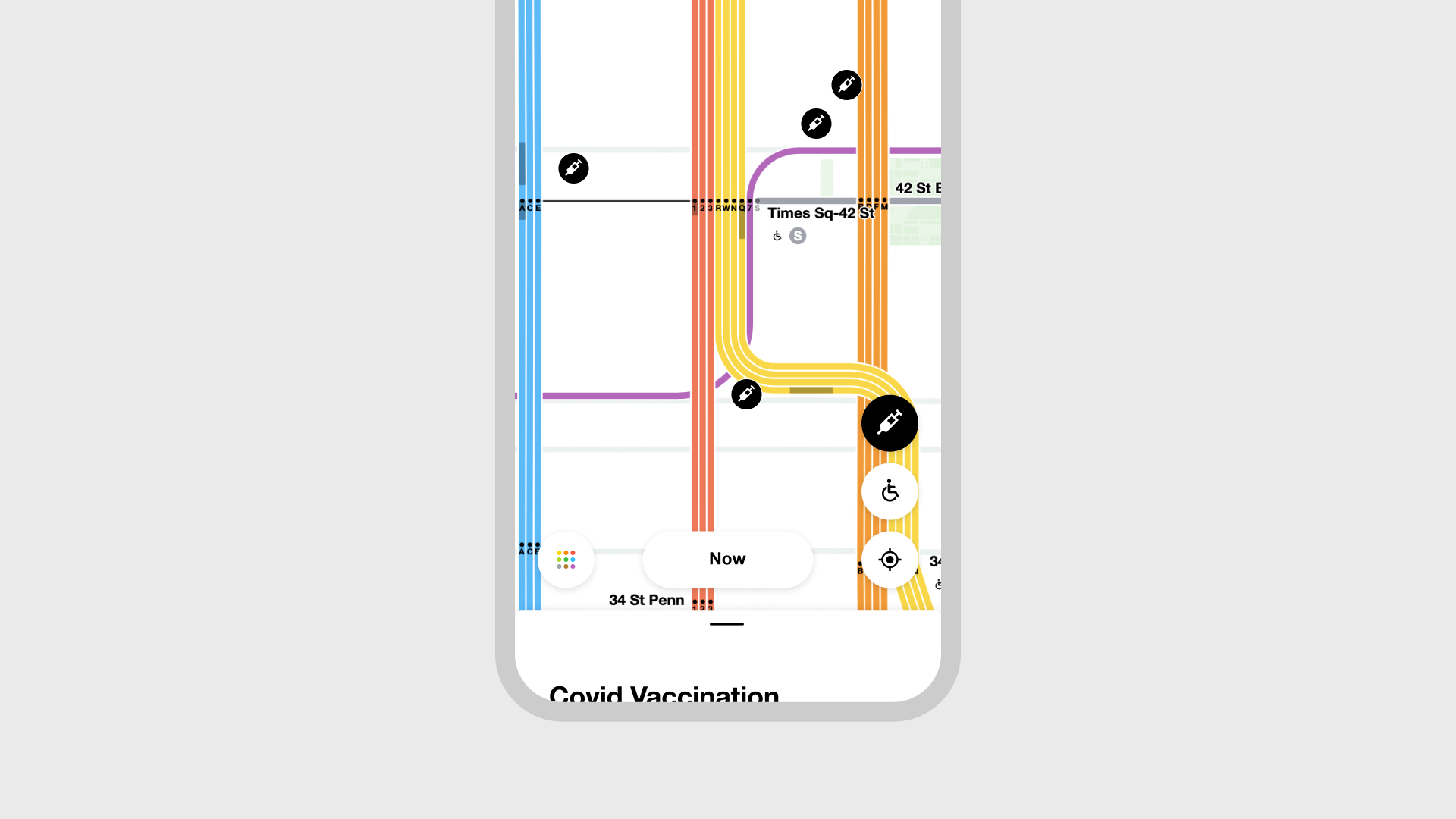 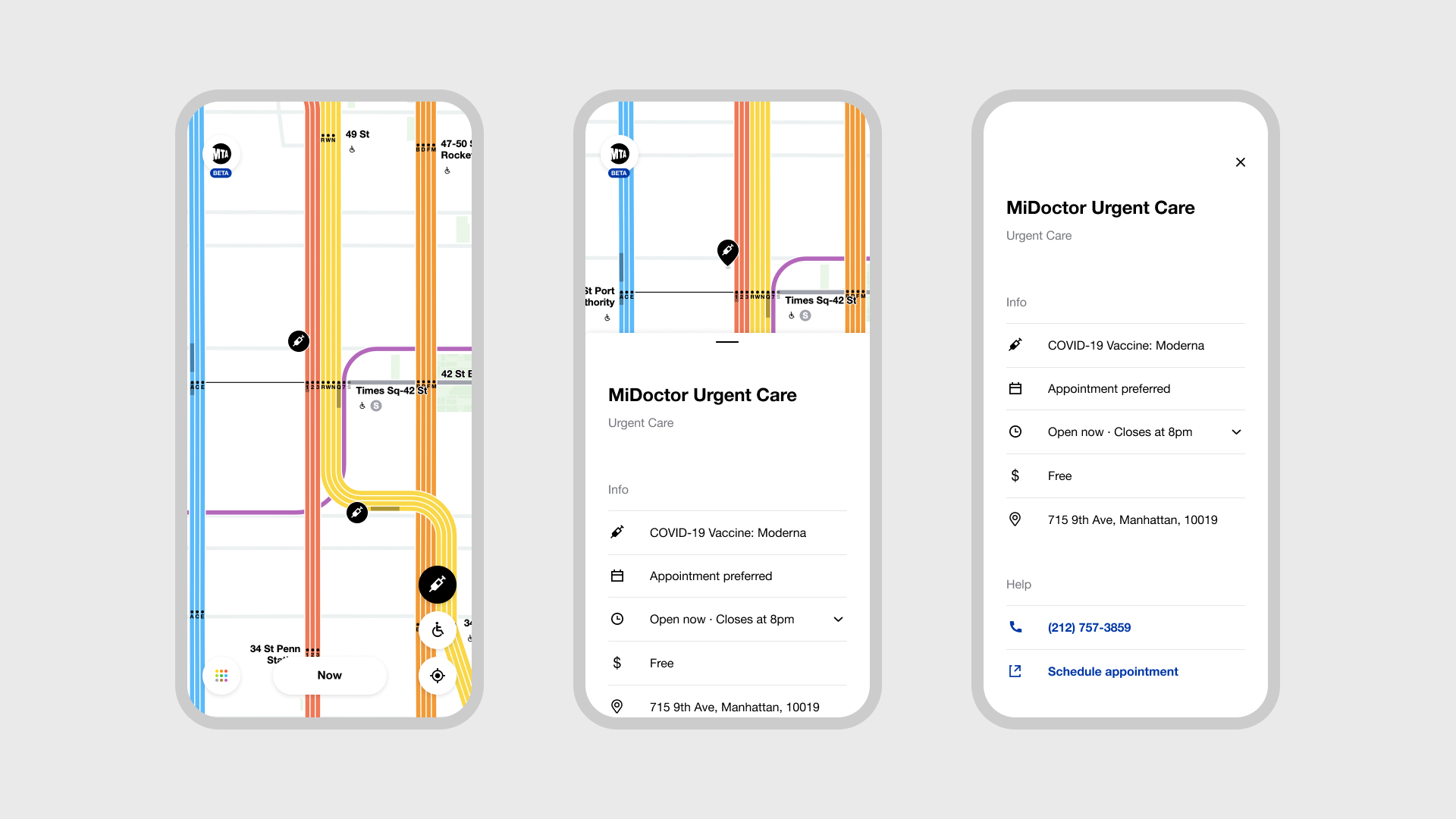 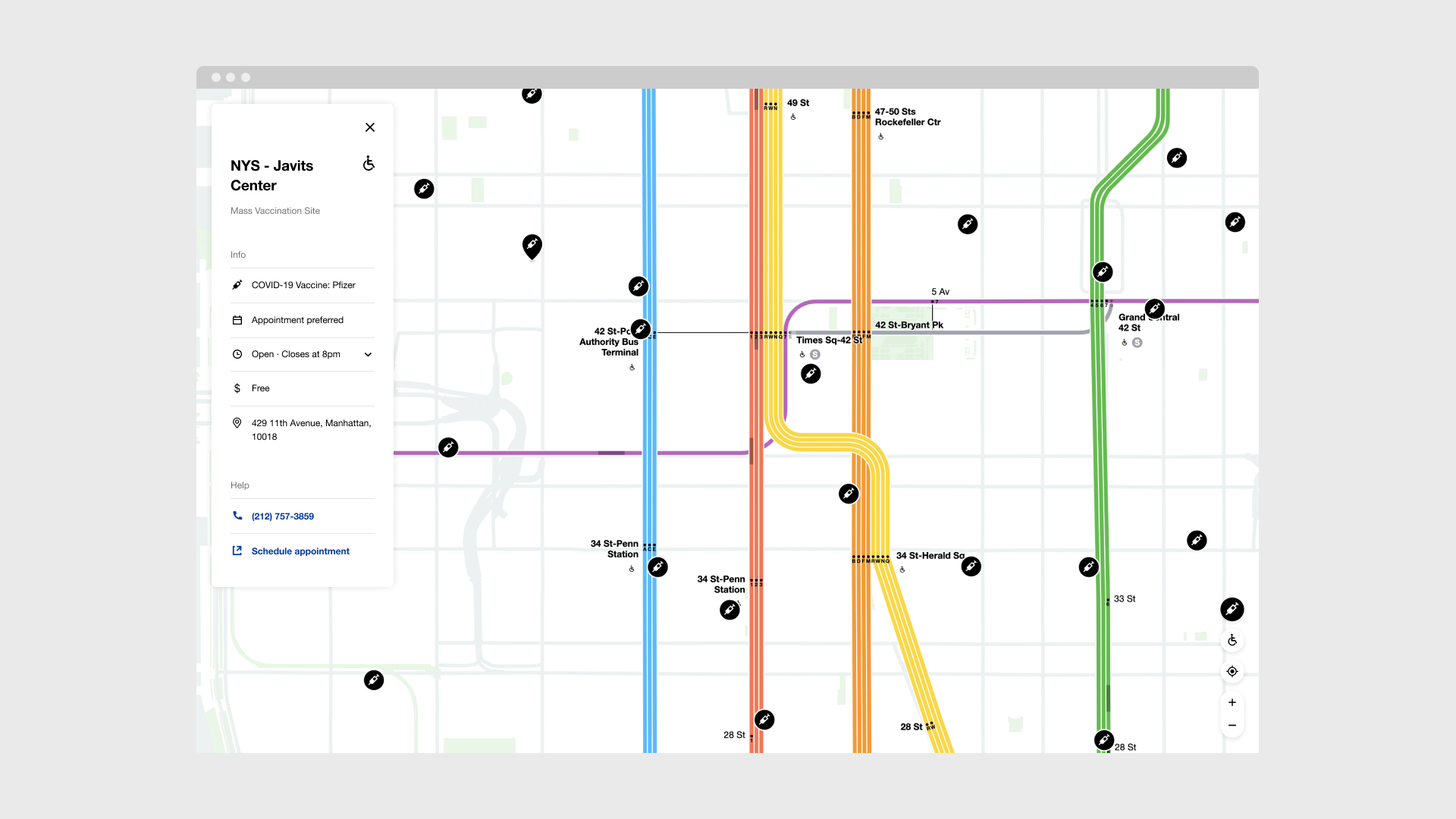 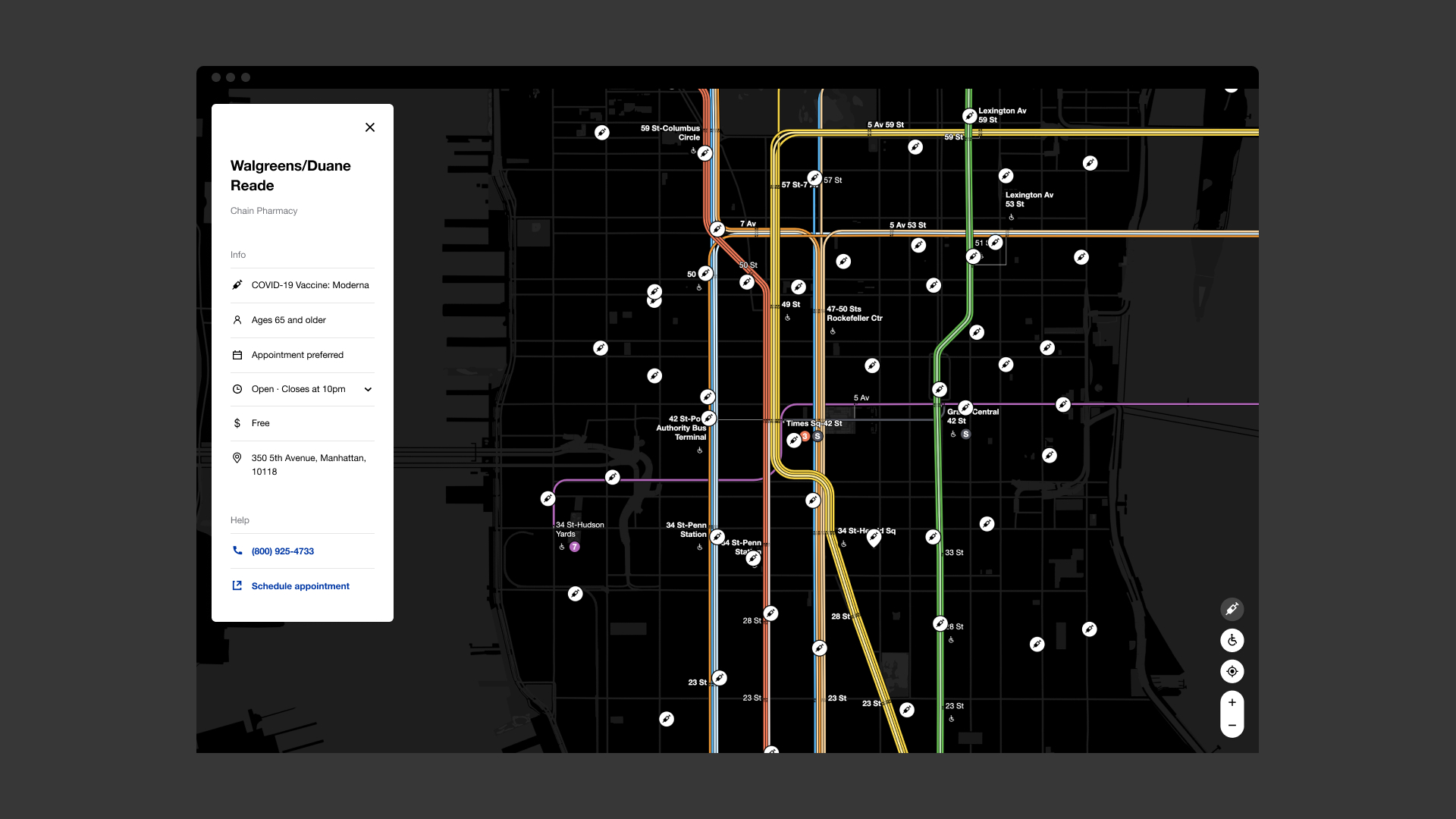 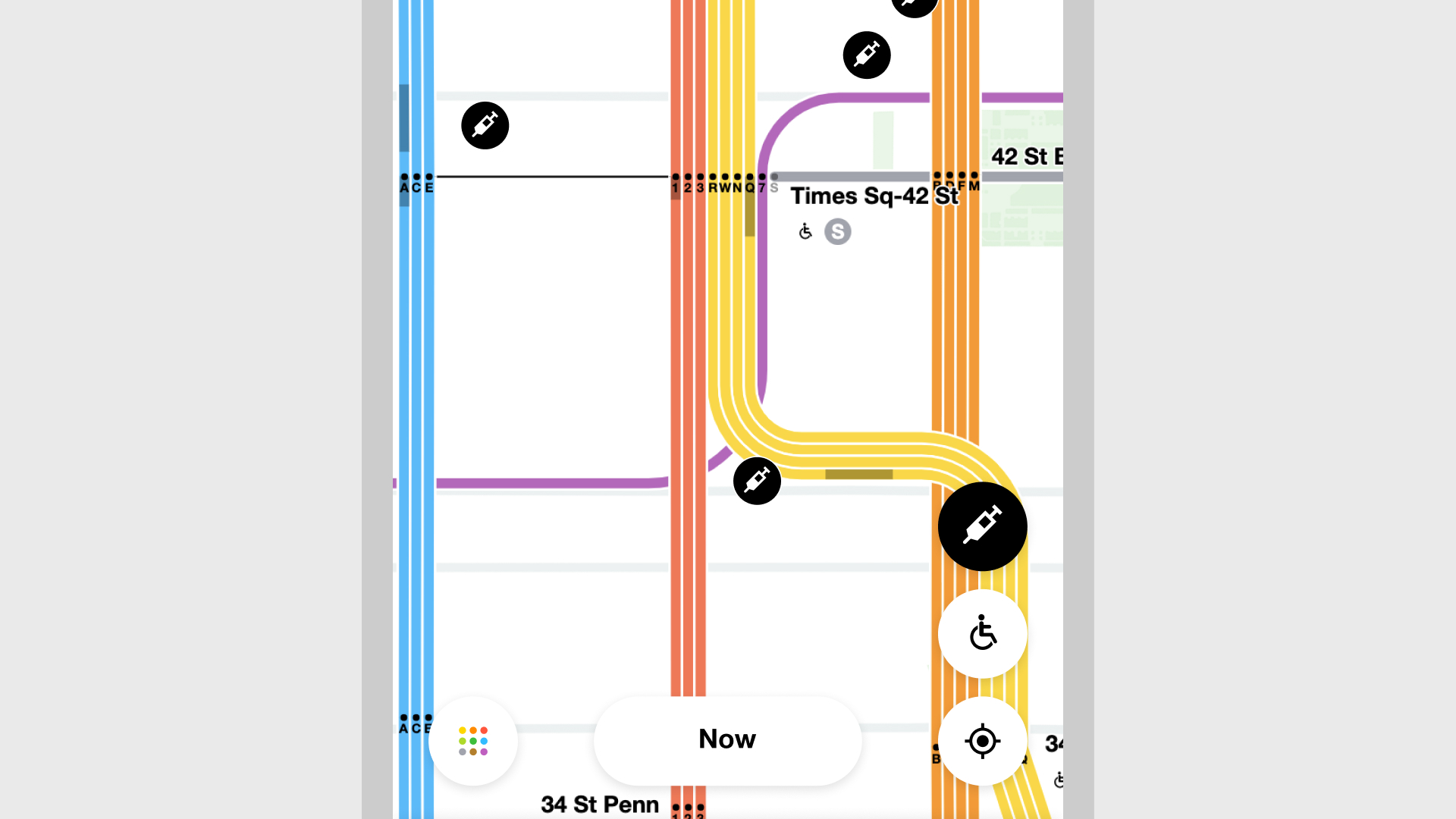 MTA: Best of 2020 No. 22: The New York subway map’s major redesign unites the best parts of its controversial creative history