Our celebration of Asian American Pacific Islander Creative Excellence continues with Cathy Chan Butler, the CEO of Omnicom-owned Organic. The marketing and tech expert traveled a colorful path to her current role. She started out as a music journalist at Rolling Stone, went on to help build the digital channels for the New York Times, Barnes & Noble and Epicurious and eventually entered the agency world, serving MRY and Digitals LBi before becoming CEO at Cheil-owned Barbarian.

Our guest editor this week, Kay Hsu of Facebook, celebrates Butler as “one of the best examples of why not to stereotype Asian women, particularly not in advertising. Women in general are less likely to make it to C-suite, much less get opportunities to lead entire agencies. She is one of the most dynamic, outspoken and clever business leaders in the industry.”

We asked Butler to describe a pivotal creative moment in her career. Here, she doesn’t share a specific work project. Rather, she discusses a safe space she was able to create for her AAPI colleagues within her agency network, and the path it took to finding her own voice as an Asian American professional. 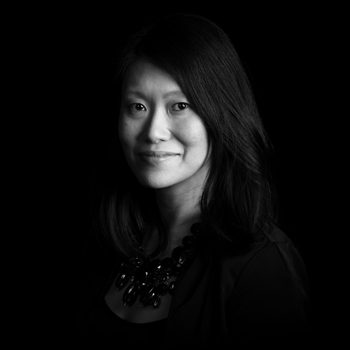 I was born and raised in Los Angeles, lived in a primarily homogeneously Asian community and was delightfully surrounded by Asians of all ethnicities and different generations. All of our cultures blended together in many ways—multiple families living in one house, similar celebrations for the holidays, and immigrant parents working day in and out. It also meant kids were left with an inordinate amount of freedom to roam the streets on bikes from sunrise to sunset, going to parks, causing minor trouble—just like white kids. Except we stopped for homemade dumplings during lunch with grandma or sometimes worked weekends at our parents’ Cantonese noodle shop. It was an incredibly suburban American life that was idyllic and comforting, and perhaps one definition of what it meant to be both Asian and American.

When I was 17, I was drawn to big city living and moved to NYC to pursue a dream of being a music journalist. To say it was an unorthodox dream is an understatement. Neither a cliche job like a doctor or lawyer by Chinese standards, nor was it mainstream in journalism. While going to see bands and writing about music was the beat in my heart, I also knew that being the kid of Chinese immigrants also meant I needed a practical degree. A paid internship at Rolling Stone Magazine? Check. A Bachelor’s in Education? Also check.

I joined Rolling Stone at the dawn of digital, when dialing into AOL on a phone modem was the technology of freedom. While my music journalism dream revealed the undesirable realities of the industry, I found myself on a unique path of being a digital pioneer and joined start-ups like Epicurious, Barnes & Noble.com, and the New York Times Arts & Entertainment site, New York Today, before discovering agency life, where I have been for most of my career. When my parents asked what I did at my job, they were more or less satisfied with me explaining in broken Cantonese, “computer stuff.”

Although my career in digital was soaring, the Asian in me became less relevant, and dare I say, less important. It didn’t matter that on weekends I went to the Buddhist temple in Chinatown or came home with armfuls of Chinese ingredients to make my own dumplings. My White work friends didn’t ask and I didn’t share. I became really comfortable being Asian in private life and American in professional life.

My worlds finally collided when I became the CEO at Barbarian, a digital agency owned by Cheil, a Korean company. Not only was I surrounded by more Asians than ever in my career, it finally dawned on me that the influence in my role meant I could create a workplace that better blended culture, heritage and employee experience. But still, being CEO first was more comfortable than being Asian.

Fast forward through the political hatred of Covid, the social uprising of last summer to the ongoing violence against Asians, I have no other choice than to take action. And now as CEO of Organic, I am taking the next step to make sure that my culture and my job are deeply connected.

Earlier this year, two co-founders and I created the OPMG API Collective, or OAC, one of the first API employee groups within Omnicom. Our mission is to cultivate safe spaces for Asians and Pacific Islanders to excel in leadership roles.

Asians are drastically underrepresented in the advertising industry.  We make up only 10% of overall membership in the ANA (American National Association of Advertisers) but only 5% of CMOs at member companies are Asian. This percentage has not increased over the past three years despite a focus on diverse hiring and promotion practices. And when we look at Asians in CEO roles like mine, the numbers are devastating.

The most important project that I can take on in my career is to create a program that offers more mentorship and sponsorship so that we can shape skills and open career doors for our fellow Asians.

The response has been astounding. In our very first meeting, I realized that I didn’t know I needed this Asian community—to be understood both culturally and professionally. I’ve never been more energized about having an impact on future generations than now. We have no choice but to make it happen.

It’s very thrilling to finally say that my culture of being Asian and American has finally arrived.