As our Black History Month celebration of creative excellence comes to a close, we couldn’t have imagined a better way to end than with a story about one of the finest ads of 2020. 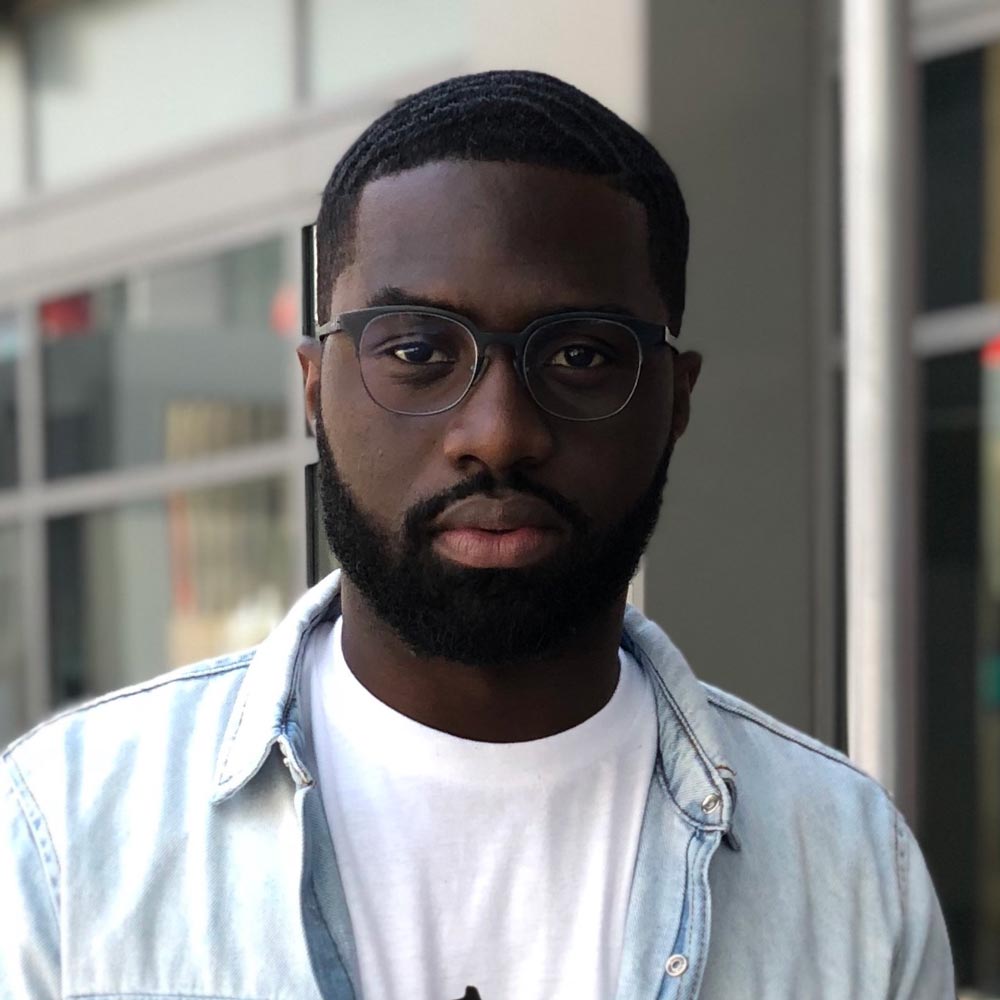 the rousing anthem that deftly edited together scenes of athletes of all kinds seemingly working in unison to reach their goals. At the same time, the film also gracefully spoke to the singular strength of individuals and communities who carried on, just as the pandemic and racial injustice continued to take a toll.

Annan, a first-generation American by way of Ghana and a self-professed basketball junkie, found inspiration for his career in advertising in the seminal Gatorade “Be Like Mike” ad. "That spot inspired me so much that I learned the words and scenes forwards and backwards,” he says. “I got into the business so I could create work that inspires another kid just like me."

He began his ad career in 2014 as an assistant account executive at Leo Burnett on brands including Intel and Samsung. He joined W+K in 2018 and now helps to steer the Nike and Jordan Brand accounts, leading to campaigns for the 2019 Women’s World Cup, Tiger Woods as well as the ad he will discuss here.

This week’s guest editor, W+K Copywriter Jordan Dinwiddie, says, “Paanii is a person who I have gone into battle with and come out on the other side with stories and scars. He loves the creative almost more than any creative he works with and it shows.”

2020 was a transformative year for everyone. No matter where you were in the world, we all experienced something that changed our lives in one way or another.

What I didn’t expect was that one of the biggest transformations for me would come from something I thought I had my whole life: my voice.

I’ve worked in account management for almost seven years. For those familiar with working in advertising, you know that an entry-level account person is usually seen and not heard. We are taught to have an opinion, but we may not always get to share it.

As I’ve progressed in my career, I’ve been fortunate enough to move through the department ranks at the two agencies where I’ve worked. With each step I got a little more volume in my voice, but it was still more muted than those of most of my colleagues.

As a Black male, being in a position of “authority,” working with people who don’t look like me and are sometimes twice my age can be a challenge. Getting into that topic would require a whole other piece...

Nonetheless, on a recent project, I found myself in a situation where my voice was the most important in the room.

We are all aware of the racial and social uprisings that occurred as a result of the murders of Breonna Taylor, George Floyd and too many others. We heard all of the phrases—“I see you. I hear you. I am with you.” But those words were often empty promises—not by intention, but because of the lack of areas where those words can be applied.

Cut to being in the (virtual) meeting room working on the “You Can’t Stop Us” film for Nike. The film focuses on coming together and overcoming obstacles in our way. There is a powerful section that speaks directly to the racial injustices that continue to happen to my people in this country. As one of the (very) few Black people on the project, my colleagues knew that it was time to put these promises into practice.

I was asked what my level of comfort was with some of the scenes we included, and people deferred to me to lead those conversations with both the client and our internal teams.

Although this was a responsibility that I had been working toward in my career, and I was already leading the project, this moment felt like the ceiling breaking to show my abilities as a leader. Not only was this a heavy burden to carry personally, but the nature of the project was no easy task either.

The edit was very intricate. We had to find two separate pieces of footage that worked in unison to convey a message for each scene and then ladder up to the film as a whole. You can only imagine how many strings of edits we had to go through to make this perfect. It was the hardest project I’ve ever worked on, and it taught me so much about myself and how much I was (not) saying.

I learned that throughout my career, until that moment, I had been speaking but I wasn’t using my voice. I was getting the job done and providing value, but it was not through the lens of a young, first-generation American with roots from Ghana.

I allowed myself to fit into the industry’s definition of what an account person should be, but didn’t allow the industry to adapt to me and what I have to offer.

One thing that I am grateful for from 2020 is that there is seemingly more space for us to be ourselves and use that to make the work even better and more authentic.