Meet your newest side hustle: Pabst Blue Ribbon is paying consumers for in-home advertising. That means your home could become the newest billboard for the beer in exchange for cash.

Each item features the brand’s red, white and blue color scheme, with images of the beer in a glass, can or bottle accompanied by a variety of slogans, like “the perfect beer for when you need a beer.” You can even name your wi-fi network after the beer. The full range of 28 products is available on the campaign’s website. All the items were claimed within minutes today, but PBR will restock daily through this Friday, September 24.

The advertisements are free to order, but supply is limited—some, like the fish tank billboard, will only have one a day. Once received, in-home advertisers simply send a photo or screenshot to PBR and receive their payout. The beer brand will pay between $75 and $125 per advertisement depending on the item, anticipating to spend around $10,000 total to those that participate. In total, about 400 items will be sold over the course of this week, which add around $14,000 in production costs for PBR. 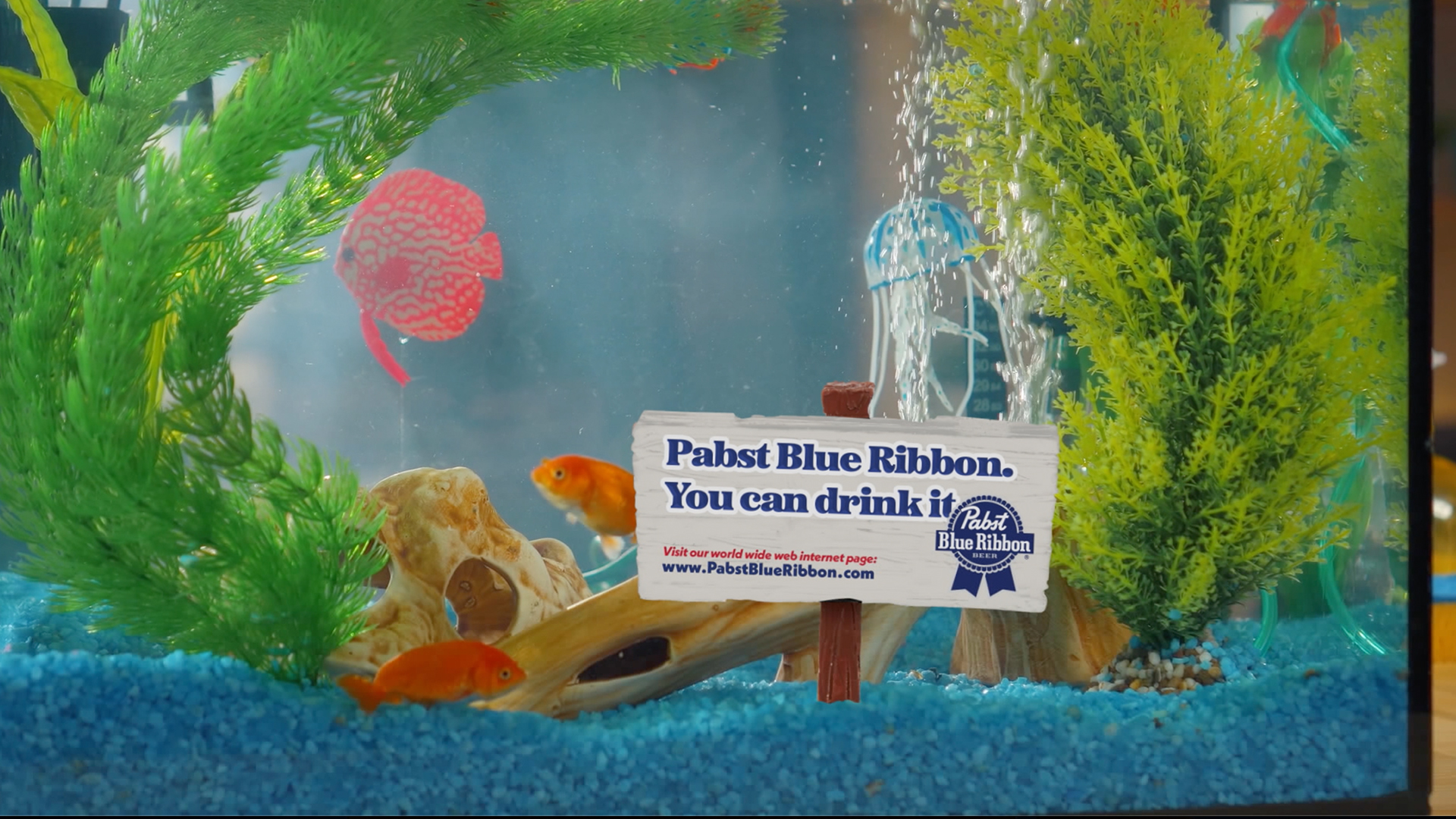 “One of the principles we operate under at PBR is subversion,” said Nick Reely, VP of marketing at PBR, in a statement. “Another principle is offering lighthearted and self-aware entertainment to our friends and audiences. A third principle isn’t really giving money away but that’s OK. We made an exception for this campaign.”

The campaign also features a minute-long video advertisement, an explosion of chaotic animation and slapstick humor. The ad begins with a warning that it isn’t meant for rich people. This is a campaign for PBR drinkers in need of extra funds.

“After learning the average, normal, non-rich person spends 12.4 hours inside their home every day,” the ad announces, “we’ve radically altered our advertising approach to exploit every square inch of their common household goods and spaces.”

The video plays like a traditional infomercial on a sugar high.

“PBR is really committed to its customers, and has always done marketing that actually connects with people in super fun, authentic ways,” added Craig Allen, founder and chief creative officer at Callen. “They always make interesting, modern marketing, so collaborating with them has been a complete blast. This idea in particular proves my point—instead of going the traditional marketing/media route, we did something fun and surprising that directly benefits the people who love PBR most, their fans. Hopefully they have as much fun putting our self-aware ad lines in their homes as we did coming up with them. If not, well at least they're getting paid to do it.”

Previously, PBR had named agency 72andSunny its agency of record, but has now shifted back to project relationships with its agencies, Reely tells Ad Age.  The "project-based model gives us the most freedom to work with as many creatives as possible—agency or otherwise," he says.

He and his team started having conversations with Callen in May and "right away, there was good chemistry between us, particularly in the speed and tone both of us like to work." The beer brand is not currently working with 72 on a campaign "but the door is still open from both sides," he says.