Effort bows in time for Asian Pacific American Heritage Month in the U.S.

Thanks to the success of films like “Crazy Rich Asians,” TV shows like “Fresh Off the Boat” and comedy from talents like Ali Wong, Asians and Asian-Americans are gaining more of a spotlight--and compared to years past, more diverse representation in the media world. A new campaign for fast casual restaurant Panda Express aims to contribute to that dimensionality in time for Asian Pacific American Heritage month, celebrated in the U.S. in May.

Created out of agency Wolfgang, the campaign, which spans print and digital, features a spectrum of Asian-American talents. The ads play off the hyphen in that term to illustrate the notion of how varied and widespread their contributions and backgrounds are. Titled “Asian-American Originals,” the campaign features Olympic Gold Medal-winning snowboarder Chloe Kim, Broadway star Marcus Choi, who plays George Washington in the second national tour of “Hamilton,” “Glee” and “Shadowhunters” actor/dancer Harry Shum Jr., entrepreneurs Boba Guys, entertainer DJ SOSUPERSAM and rally car racer Verna Mei.

The agency says that instead of acting as a “divider,” the hyphen serves as a “bridge” connecting each subject’s talents and showing how each “can’t be reduced to a simple stereotype.” The copy on Kim’s ad, for example, highlights how she not only smashed records in Pyeong Chang, she also speaks French, eats the Korean dish ddukbokki and studies chemistry.  Shum’s ad, among other things, highlights his multicultural upbringing: of Chinese descent, he was born in Costa Rica, which makes the description of “patacones con chopstick eating” make total sense.

Panda Express was founded in Glendale, California in 1983 by Andrew, Ming Tsai and Peggy Cherng. Its signature dish is the Chinese-American "Orange Chicken," invented by its chef Andy Kao in 1987. 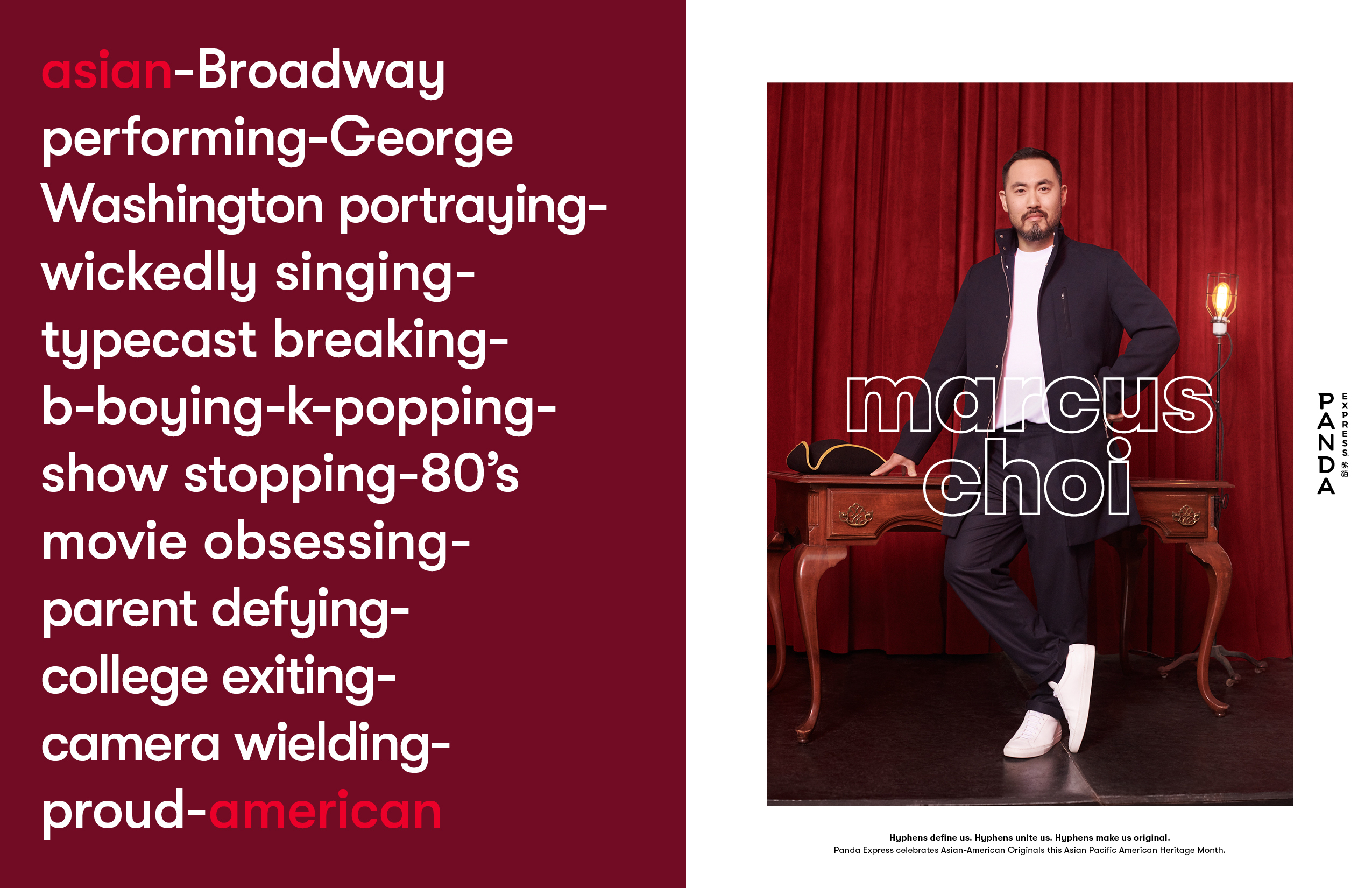 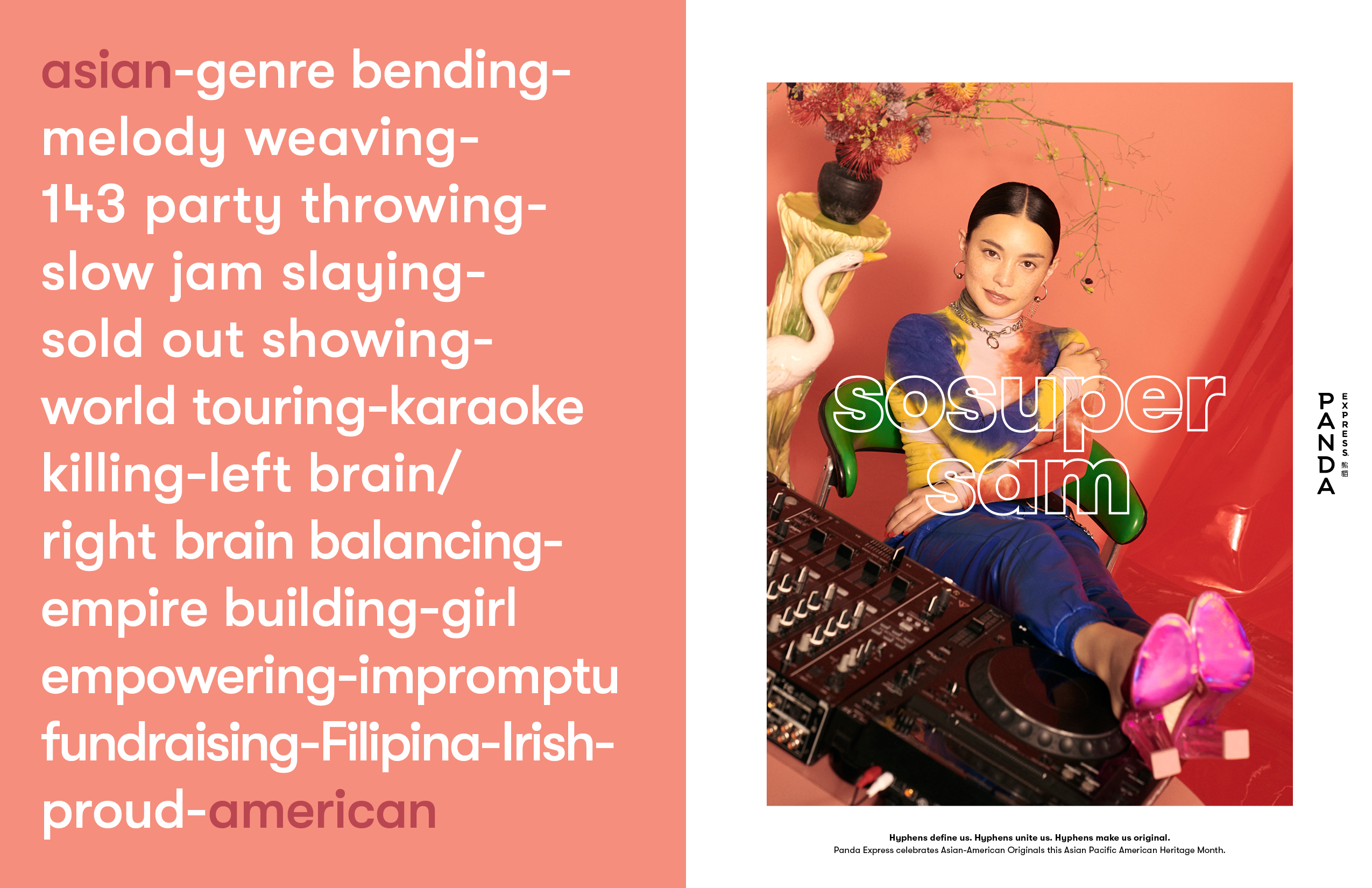 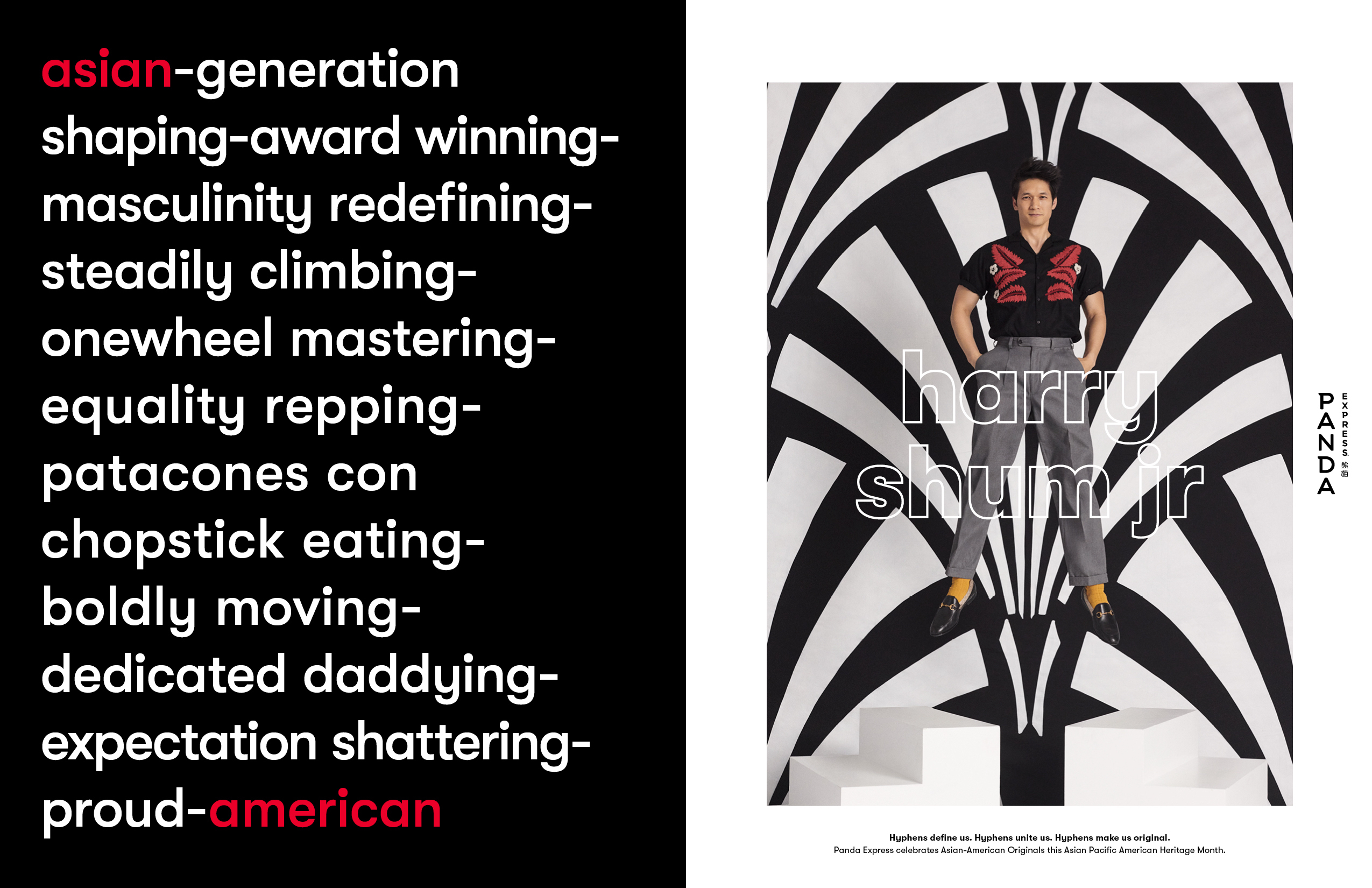