Pizza Hut International is teaming up with Hasbro Gaming’s TRIVIAL PURSUIT brand to bring hungry gamers Pizza Pursuit, a digital trivia game where two grand prize winners will be entered for a chance to win $10,000 each (in local currency). Players can test their knowledge and compete with others, all while enjoying a slice of their favorite Pizza Hut pizza.

Pizza Pursuit will launch in five markets, starting on November 8 and running through the end of January 2022. To play, customers can simply purchase a Pizza Hut pizza in participating markets, scan the QR code on their pizza box using their smartphone, and test their knowledge for a chance to be one of two lucky winners. In addition to the cash prize, markets are also offering localized prizes and extra entries to enter the sweepstake. Participating markets include UK (launched 11/8), Brazil and El Salvador (to launch 11/15), Canada and South Africa (to launch 12/1).

The game can be played individually or with a group of up to six people, aged 16-years and older, with questions ranging across six categories: sport, leisure, arts, film and music, geography, history, everyday fun, and of course – pizza! Each question answered correctly will give players points along with the opportunity to win instant, local prizes. And regionally, the game will feature bonus questions from partners such as Pepsi, Coke and Ben & Jerry’s. The more questions users get right, the more prizes received, and chances to win the grand prize.

Hasbro Gaming's TRIVIAL PURSUIT is the trivia game that started it all. For close to 40 years, millions of players have tested their knowledge against friends and family, racing around the board, vying to collect all six colored wedges to win.

VMLY&R COMMERCE, WPP’s end-to-end Creative Commerce Company, is responsible for the partnership as it seeks to transform traditional buying moments into the most engaging and immersive commerce experiences for its clients. 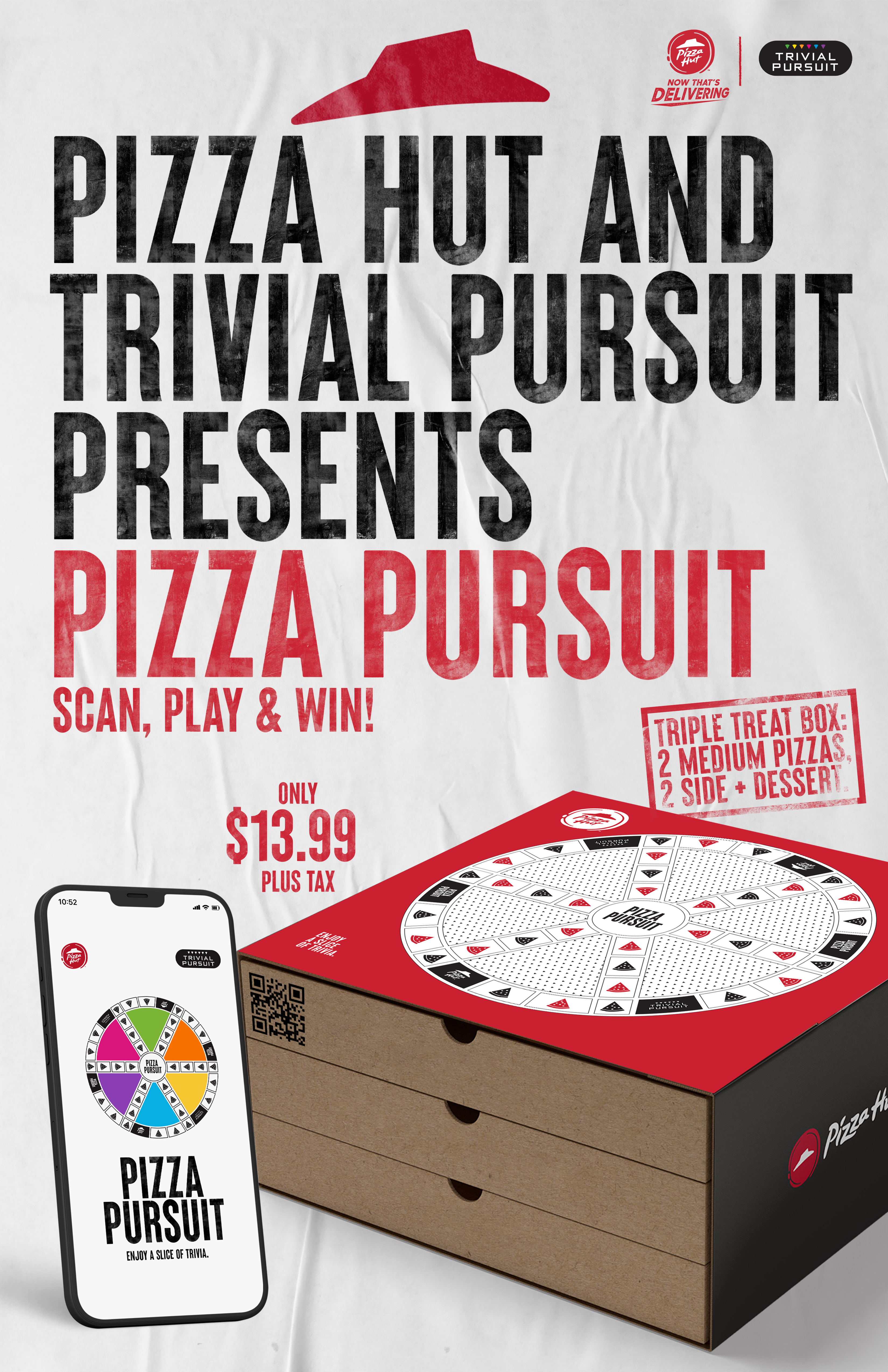 Pizza Hut: Pizza Hut teams up with KFC on a 'Popcorn Chicken Pizza'

Pizza Hut: Pizza Hut is introducing a Christmas pie (and says it's the 'best thing from 2020')

Pizza Hut: Pizza Hut and Ikea made a table that looks just like a pie saver