Users can order dishes directly from the recipes in the 'Don't Cookbook,' from Mother L.A.

The brand’s new tome isn’t actually meant to encourage people to toil away even more in the kitchen. It purports to feature "recipes" for popular foods like tacos, poke, spaghetti, sushi, squid ink pasta and kale salad—but on closer inspection, the words just gear you up for a way to get the meal on your table faster.

The recipe for a deli sandwich, for example, reads as follows:

Then, as the final step of each "recipe" appears a QR Code that will take readers to where they can purchase the respective dishes via Postmates. 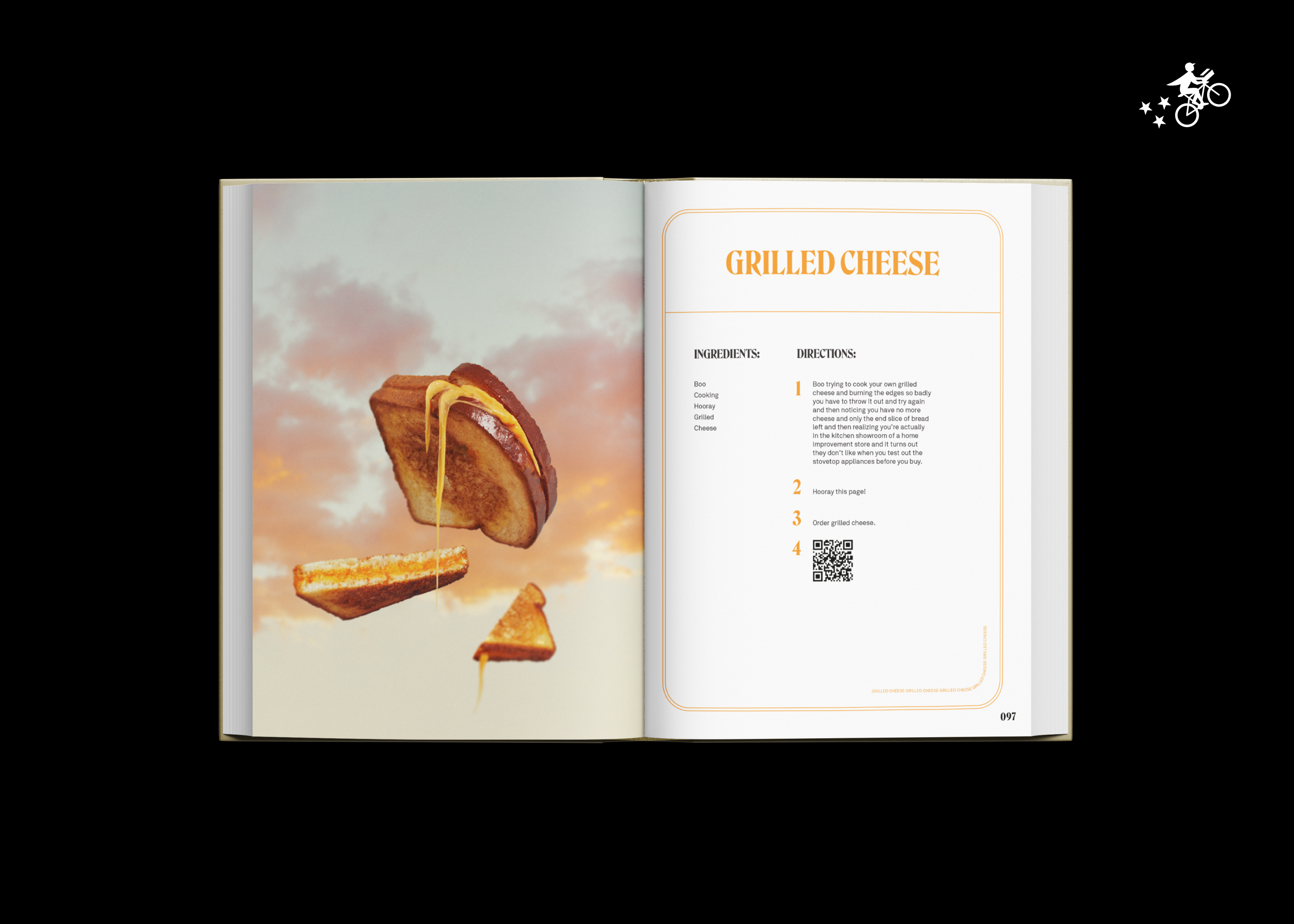 The Postmates book "celebrates not cooking and being ok with it,” says Joe Staples, ECD and partner at Mother L.A., the agency behind the campaign. “When the pandemic hit and we all put sweatpants on, lots of us decided to learn to cook. This was closely followed by the realization that there was a reason we didn’t do this earlier: it’s hard. And when everything else had become exponentially more stressful maybe it was ok to not add more stress to the situation. If this sounds anything like what you experienced, we made a book for you.”

“We’re a year into quarantine, and we’ve tried every food trend from sourdough to whipped coffee,” adds Kevin Byrd, creative director of Postmates at Uber. “If it has taught us anything, it is that we need to be able to laugh at ourselves and our increasingly complex and often exhausting relationship with cooking at home. My macarons turned out terrible, by the way.”

Postmates is selling the limited-edition hardcover “Don’t Cookbook” online.  Along with the recipes, it also features whimsical artwork from Nicholas Scarpinato, JonPaul Douglass and Jason Travis as well as “activity pages” to keep customers busy while they wait for their Postmate orders to arrive.

Via the app, L.A. customers will also be able to purchase a limited number of copies by ordering from Alfred coffee shop. A portion of the proceeds from the book will be donated to a charity that benefits restaurant workers affected by the pandemic.

Mother L.A. created the brand’s previous campaign starring Martha Stewart giving words of advice to those not as skilled as she is in the kitchen— ”Just Postmate it.”

Update: According to Mother L.A., the “Don’t Cookbook” has already sold out. (200 copies were made.) But Postmates is taking pre-orders for another run that will arrive in the spring, 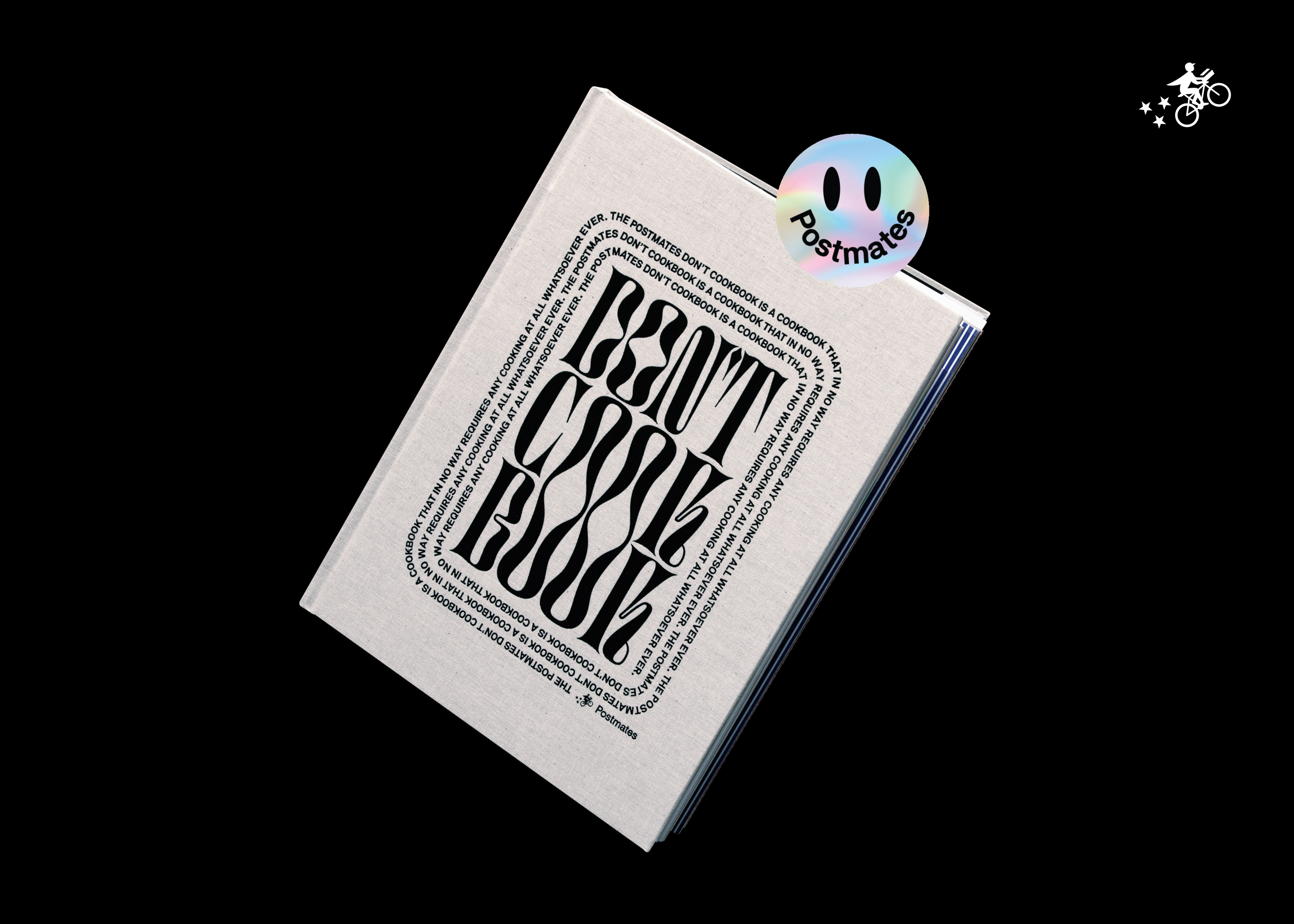 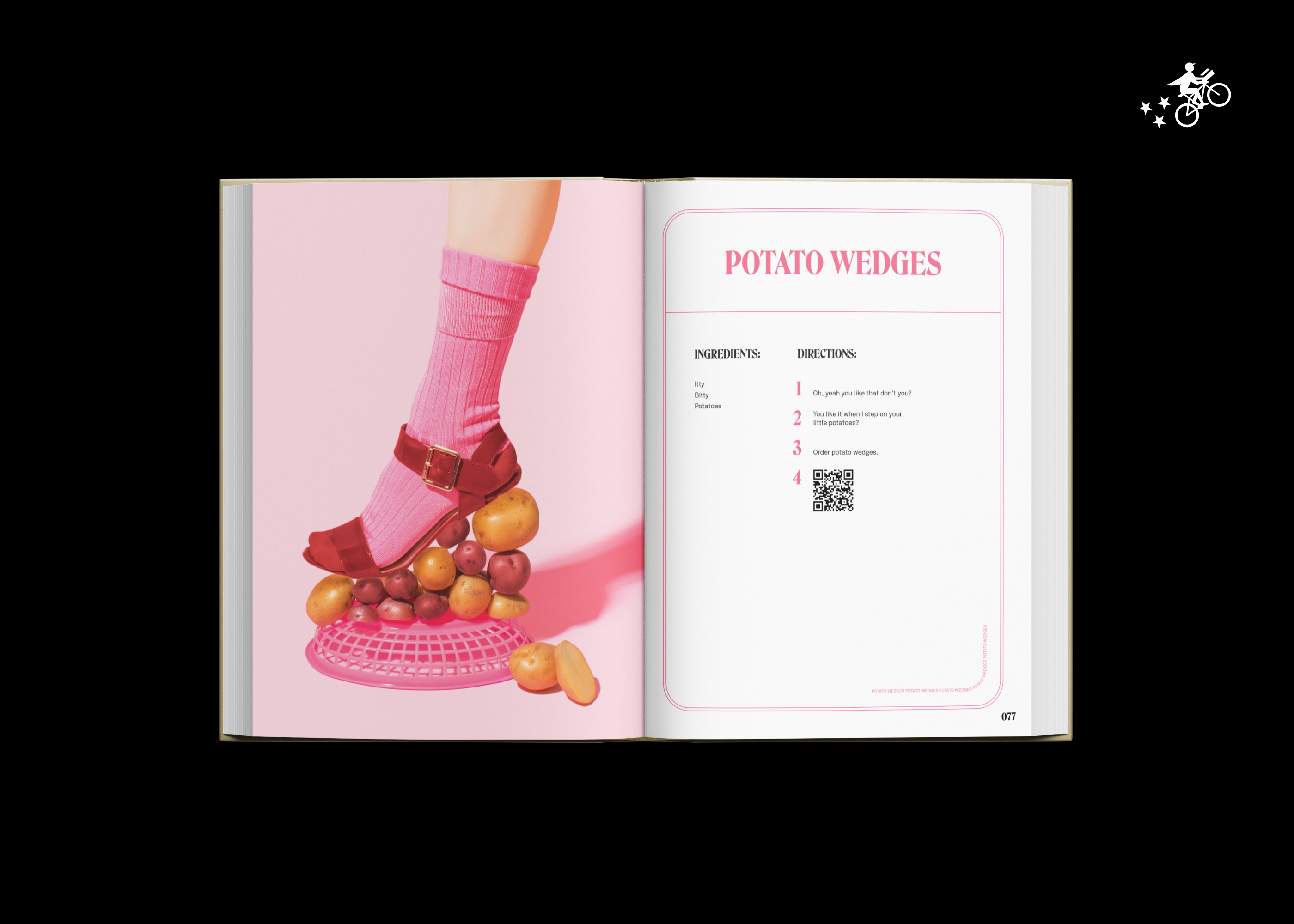 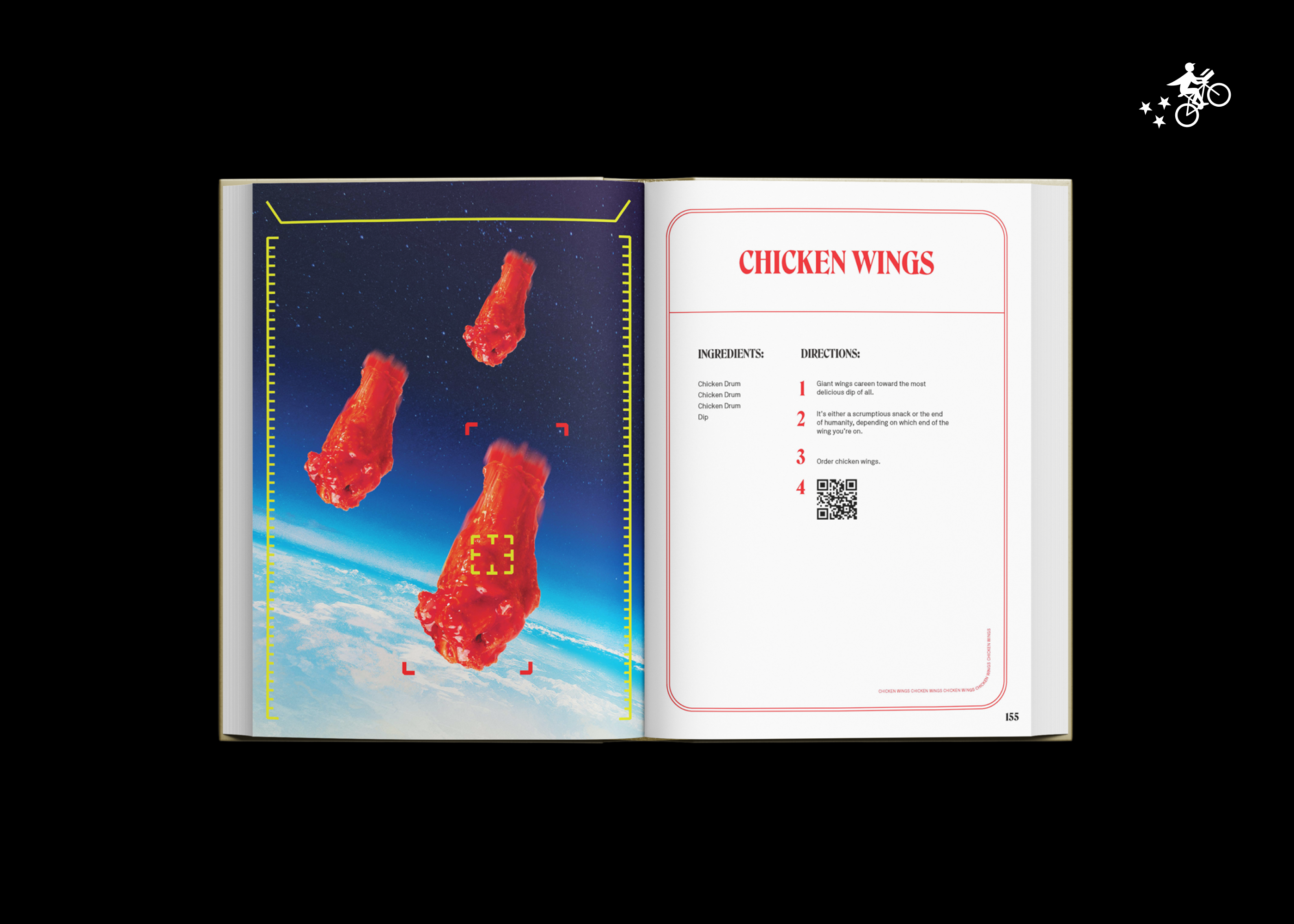 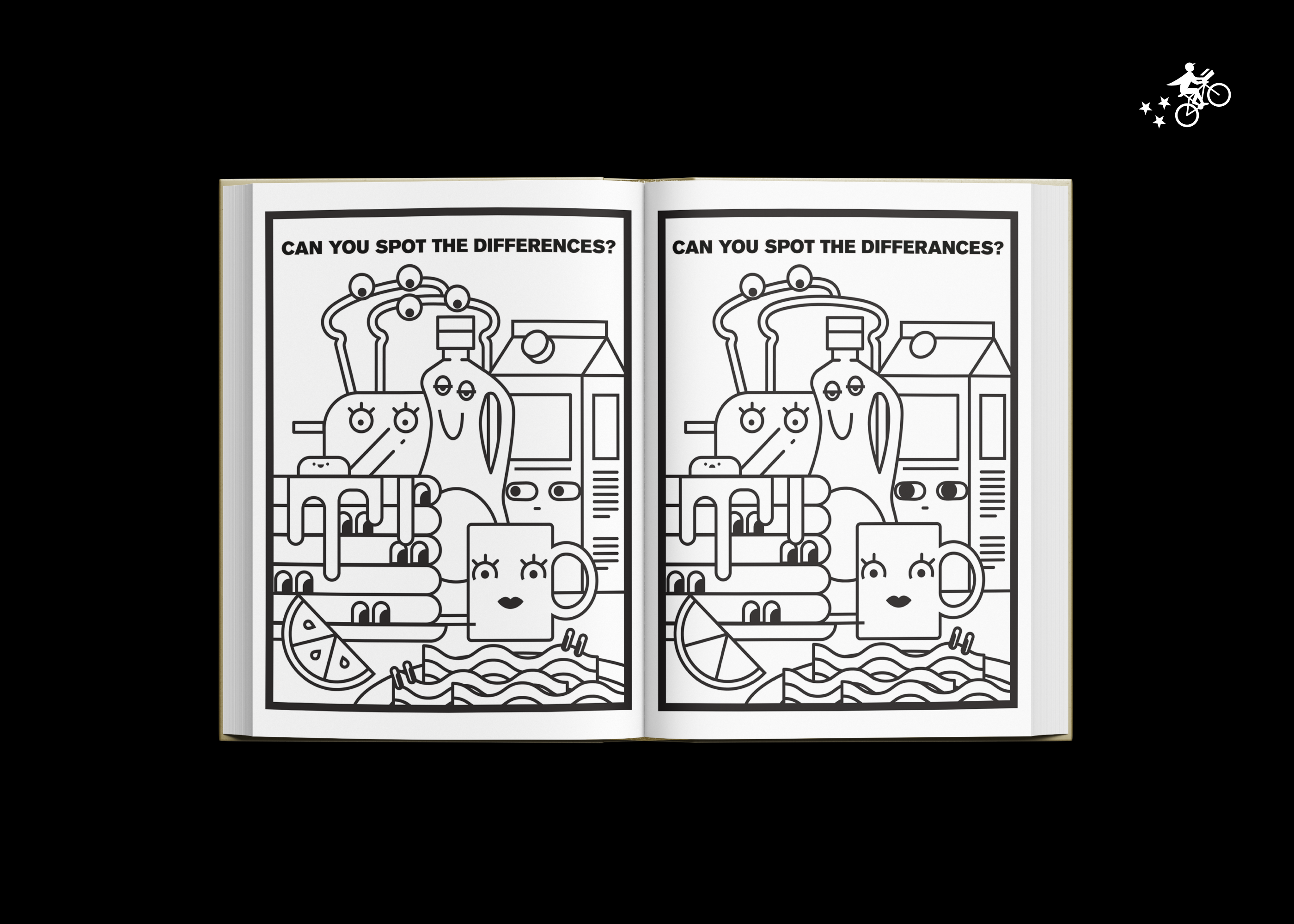 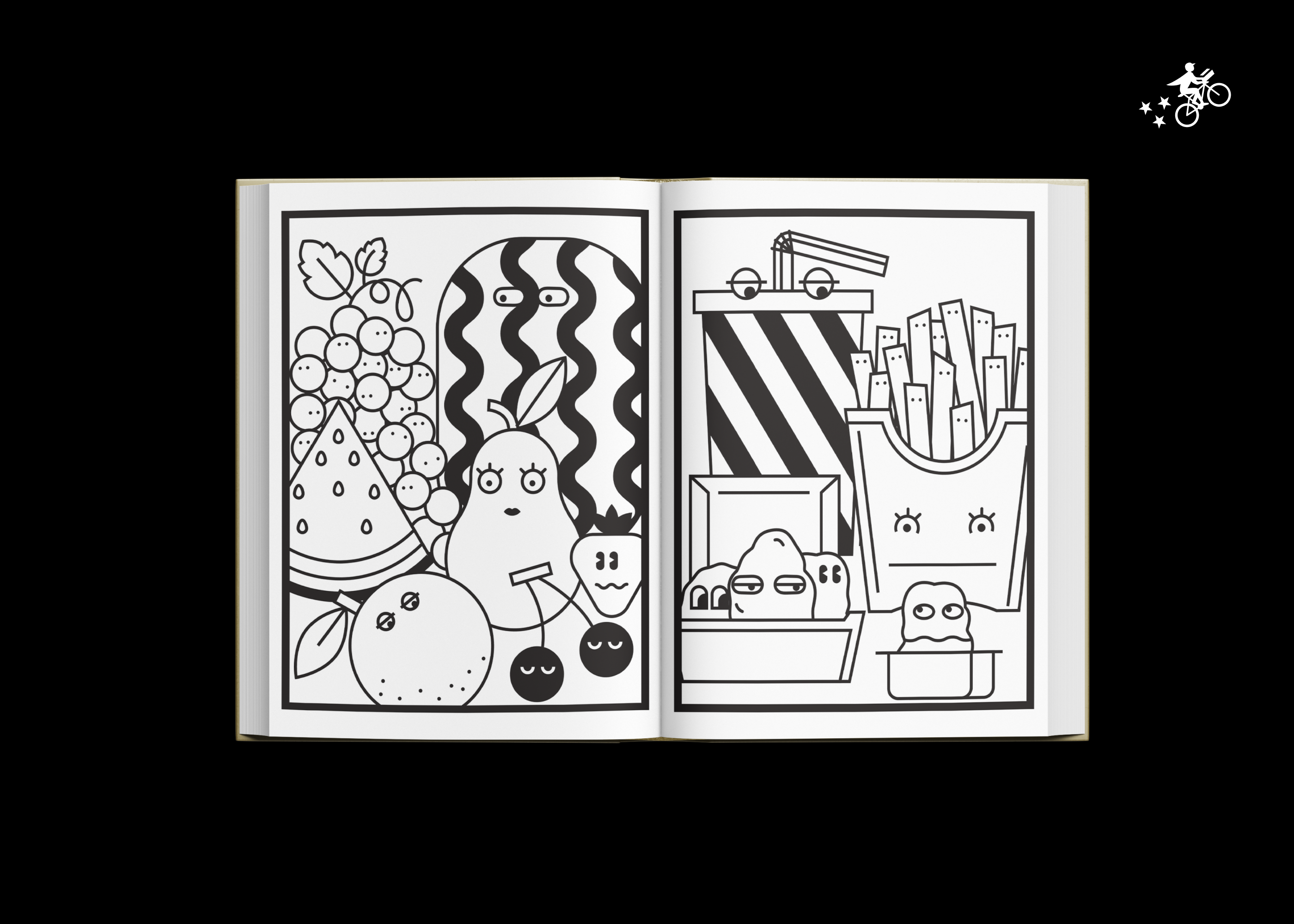 Postmates: Your cravings make you delusional in Postmates' latest ads