Film for liqueur brand Ruavieja has gone viral, and it's now sponsoring people to see each other

A holiday campaign by Spanish liqueur brand Ruavieja has gone viral, after giving people a tool to calculate how long they have left on earth to see their loved ones.

The brand launched a documentary-style film, seen here, in which it took several pairs of friends who don't see each other very often, and then predicted how many days and hours they would see each other again in their lifetime. Which, in these days of so much time spent on online friendships and social media, was surprisingly not often. For all of them, their future meetings spanned just days--a shocking contrast given the years we will have spent binge-watching or looking at our phones in our lifetimes.

The film (sensitively directed by Felix Fernandez de Castro at Tesauro) directs viewers to the online calculator that helps them determine how much time they have left to spent with family and friends. The campaign tagline is #TenemosQueVernosMas, which translates as "We need to see more of each other."

The campaign by Leo Burnett Madrid, which launched in late November, has had over 12 million online views so far, and within days of it going viral, the brand decided to divert its digital spend into sponsoring journeys for people to actually see one another in real life. This weekend, it announced a partnership with Spanish coach company ALSA, via print ads in two national newspapers (El País and El Mundo), to sponsor people's journeys within Spain. 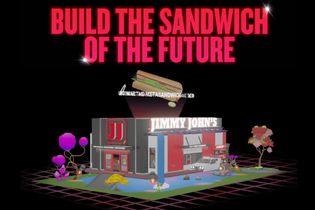 Ruavieja: A man escapes from a metaphorical prison in this thought-provoking holiday campaign