Ads for luggage have typically targeted the older, luxury end of the travel market, but Samsonite is hoping to appeal to the Airbnb generation and their lust for adventurous travel with a new brand identity and its first-ever global integrated advertising campaign, "Born to Go."

The first work for the brand by Wunderman Thompson Belgium, it speaks to millennial-mindset travelers who are highly mobile and crave experiences—those whose suitcases aren't consigned to the loft for most of the year.

It includes a sophisticated, stylish film featuring a woman looking bored on her commute on a crowded subway, with a voiceover encouraging us to "think about the places you're' not." We're then taken on a whirlwind tour of what she could be doing in far-flung places, like visiting seedy nightclubs and fighting with lovers (all part of the millennial travel experience, presumably). Lest we forget about the actual qualities of the product itself, there are also a few shots of Samsonite's sturdy luggage being dropped down an escalator and thrown down a stairwell, to show it can withstand this new breed of jetsetter. The ad ends with the words "Don't just stand there thinking about it: go."

The ad is running online and on Samsonite social channels. It was produced out of Hamlet and directed by Ben Strebel, who used a wide angle lens to give the film "a sense of depth and space and shot the film in keeping with the campaign’s ethos: of the big wide world waiting to be discovered, with the aim to capture just about everything," he said in a statement.

The new brand identity, which appears in print, outdoor, digital and in-store, features photography by Olly Burn, captured in urban settings across different conditions. There's also a typeface, the Samsonite Sans, comprising slightly squat but dynamic letterforms that evoke a sense of being "on the go." 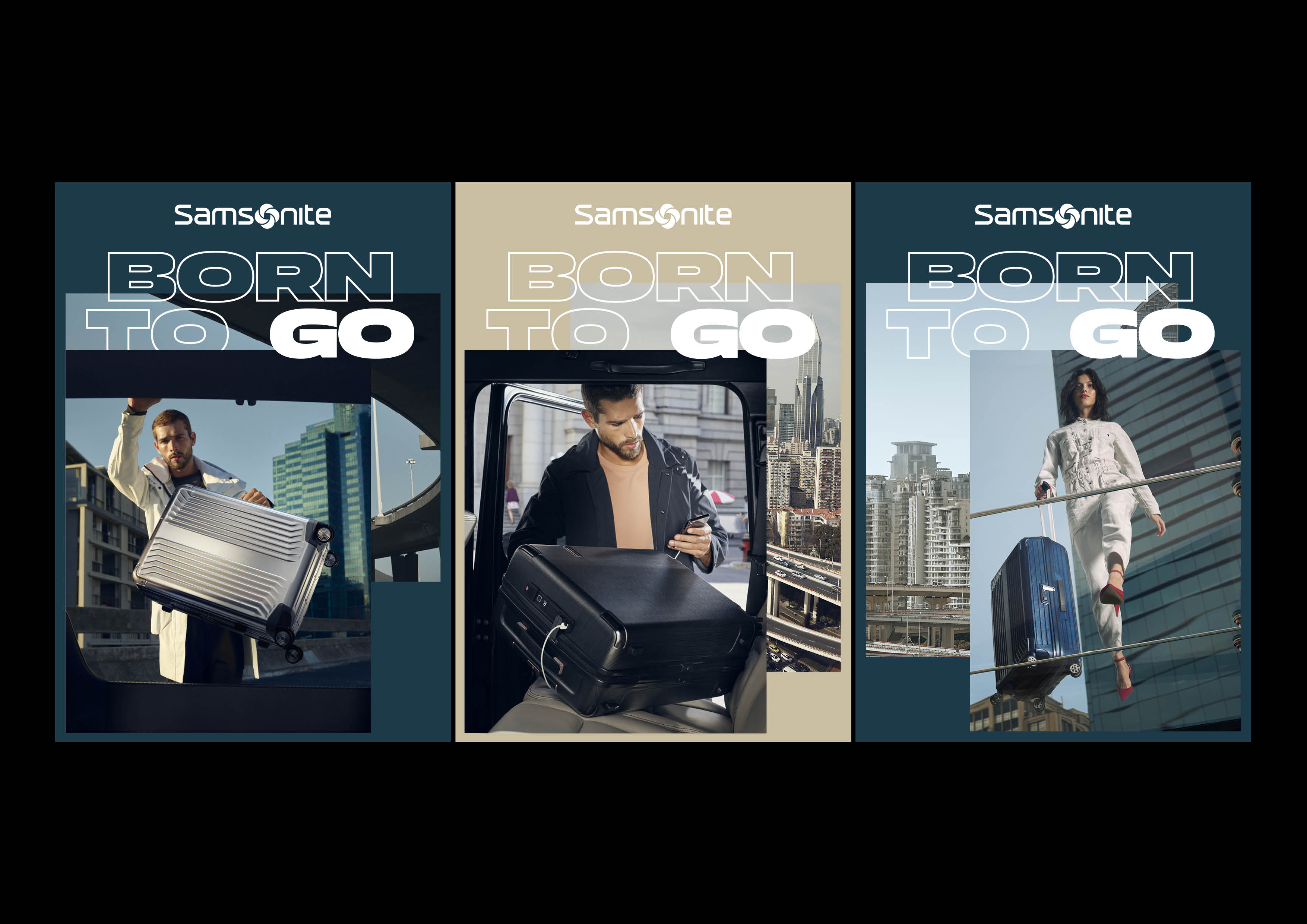 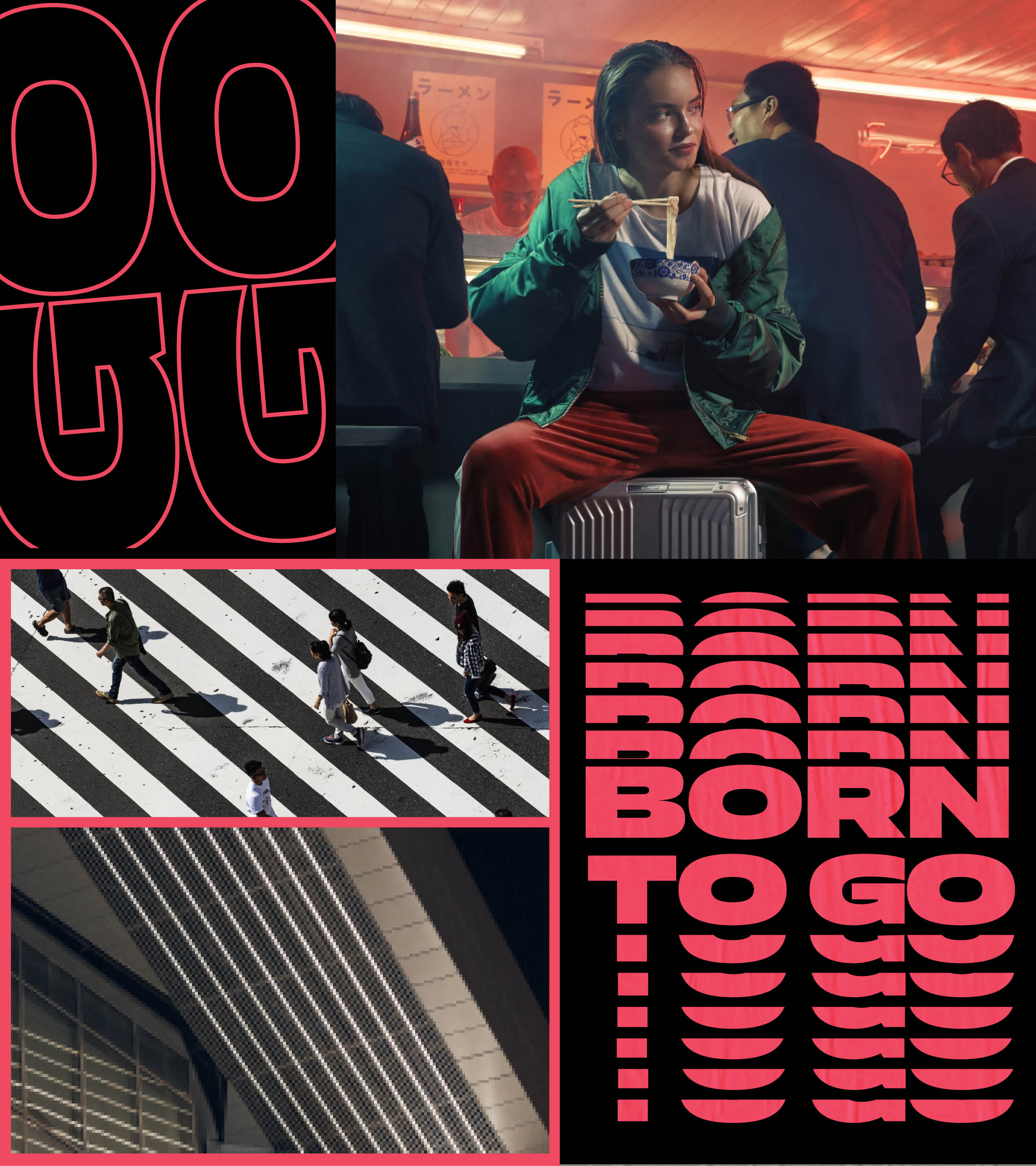 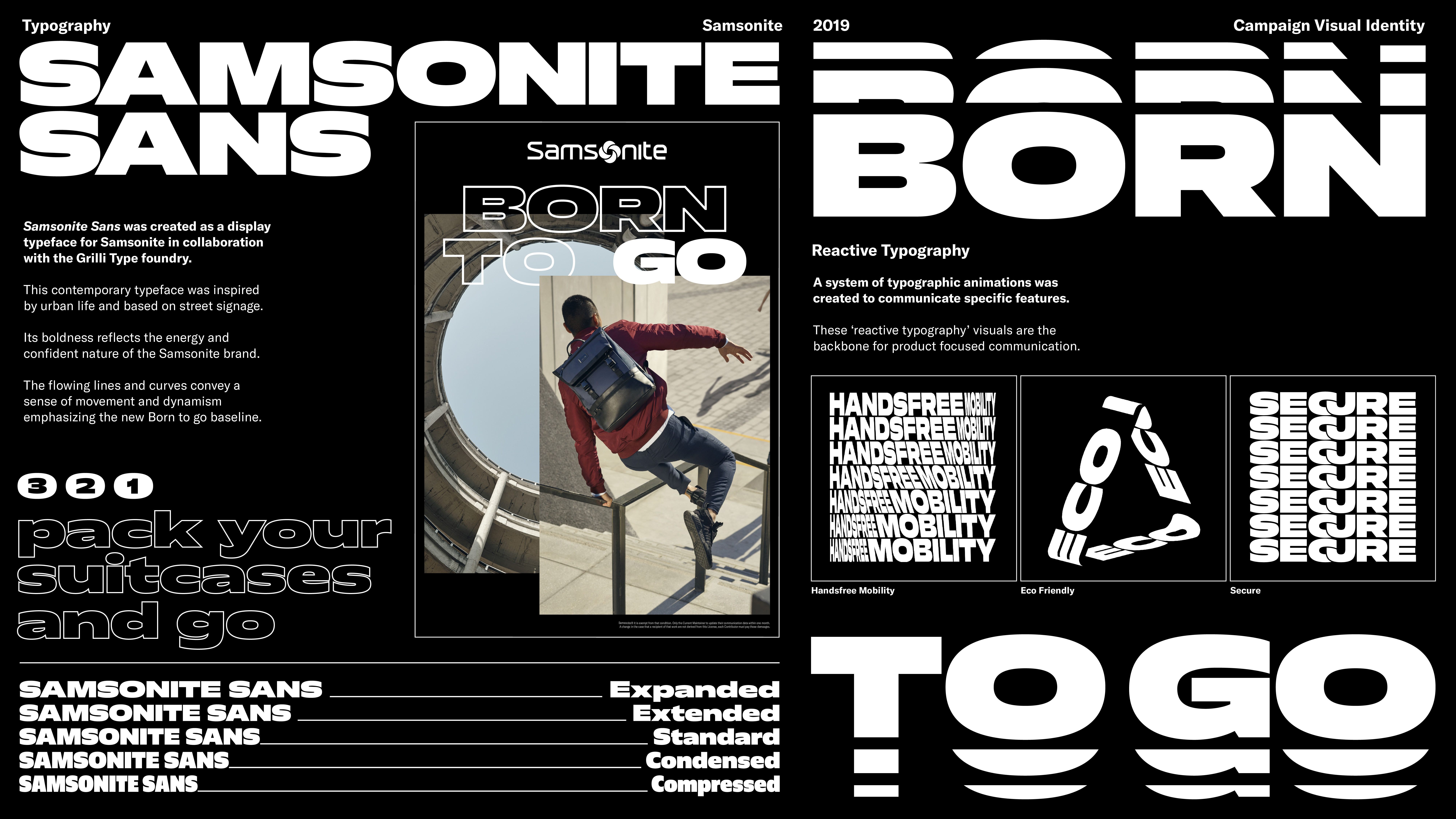