For those who just can’t wait another month for the second season of Netflix’s “Bridgerton,” an unexpected brand is taking viewers back to the Regency era. To help unveil the Samsung Galaxy S22 smartphone at an event in Korea, the tech company teamed with the Shonda Rhimes-created show to give the new device a royal introduction.

Melding past and present, fiction and reality and the absurd with more absurd, the video imagines what it would look like to pitch 2022 tech to an early 1800s panel. The show’s Queen Charlotte, played by ​​Golda Rosheuval, is holding the esteemed “Inventor’s Ball,” where anyone may present the royal with nonsense ideas like raincoats.

However, this ball isn’t like the others. A dashing Lord Tristar—an Easter egg that refers to Samsung’s Korean translation, “three stars”—pitches a peculiar device that probably looked quite alien to the queen. A large painting shows the phone’s three camera lenses like the eyes of a creature. 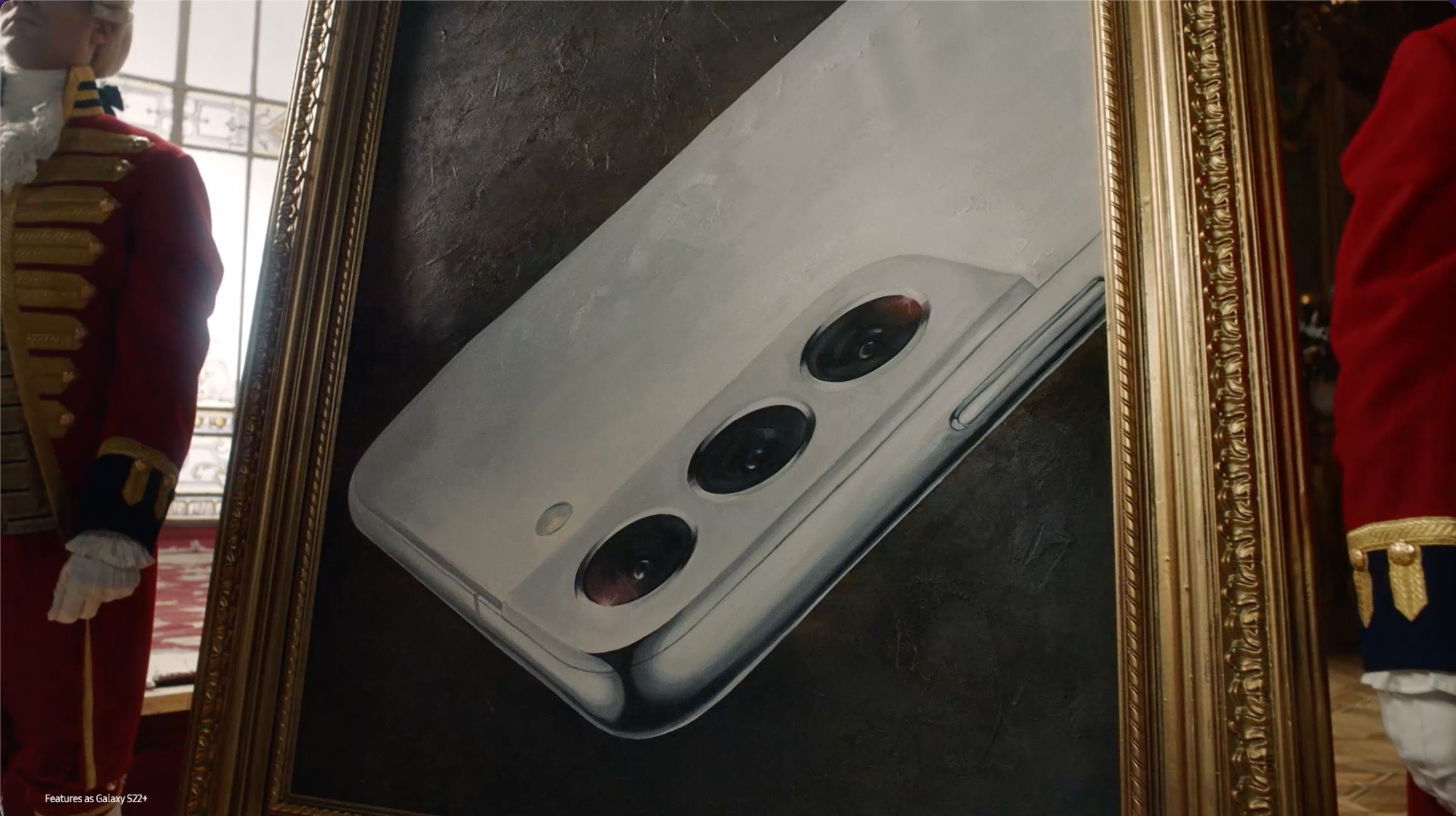 “It is a correspondence device that produces moving pictures,” explains Tristar to Queen Charlotte.

When the lord produces more paintings of the phone that depict each of the product’s color variants, the queen has her staff hoist her throne and carry her closer. She gives the inventor a lesson in pitching. She demands better lighting to “make them gleam and shimmer,” close-up visuals and a crew of servants to run the portraits in circles around her, creating a dance of painted technology that has no place in the time period.

When Lord Tristar explains the functions of the phone, Charlotte humorously responds, “I have no idea what that means.”

Unfortunately, when asked how soon until the queen may see the finished product, Tristar admits, “Shortly…about 210 years your highness.” A skeptical grimace prompts him to revise: “209?”

The camera then glides into the portrait of the Galaxy S22 and whips up modern-day visuals of the devices similarly gliding around the camera and flaunting its gleaming finishes and colors. The film then shows Queen Charlotte and her court from “Bridgerton” available to stream on the device.

The campaign was created out of Slap Global and directed by Nico Perez Veiga, who helmed Sprite’s “You Are Not Alone” from 2019. It involved thirty actors, an off-screen crew of over a hundred and collaboration with the writers at Shondaland.