'Let the Song Play' taps into a familiar, funny moment everyone has experienced

Years ago, National Public Radio tapped into listeners’ love of “driveway moments,” those times people sit in their cars waiting for a story to end, even though they’ve arrived at their destination. Spotify’s latest campaign takes that insight to musical heights, following a chorus of drivers who refuse to do anything until the piano version of Sia’s “Elastic Heart” is finished.

Soccer practice, birthday parties, an impatient valet and curbside pizza delivery can all wait until car karaoke is complete, in a familiar moment that combines selfishness with self-care.

The sing-a-long is so intense that all the protagonists get odd looks from passers-by, both those who are waiting for them to finish their musical euphoria and those just stuck in traffic with them. But we’ve all been there.

An anthem spot directed by Matthew Swanson via Epoch Films combines the stories of multiple drivers, who get their own 15-second spots.

The campaign is running digitally and includes out-of-home elements touting popular Spotify playlists like "Your Daily Drive" and "Songs to Sing in the Car." 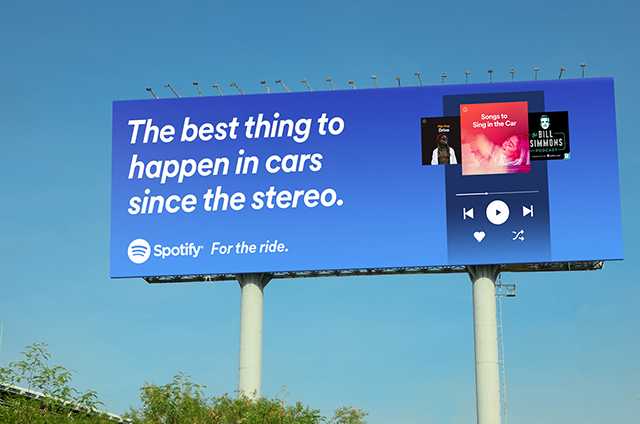 The new effort follows the global campaign Spotify debuted earlier this year,  which included another series of spots showcasing how the platform is there to accompany you during everyday moments--even the embarrassing ones.

Spotify: Spotify's 2021 'Wrapped' campaign is the soundtrack to the 'new normals'