“Squid Game,” Netflix’s runaway hit from South Korea, explores financial desperation and the dangerous lengths people will go to in order to escape debt, and it’s been igniting conversations about wealth inequality. Of course, despite the mortal peril, plenty of viewers have admitted—at least to themselves—that they’d face the odds to have their slates wiped clean.

Those are the type of people who will be excited to stumble across brown business cards printed with three geometric shapes, which will be popping up in New York City and Miami in the next few weeks. But instead of a cryptic invitation to bloodsport, they’ll be met with a chance to get out of debt without risking their lives.

Capitalizing on the success of “Squid Game,” Relief, an app that uses AI and collective bargaining to eliminate credit card debt, worked with Halifax, Canada-based agency Wunder to create an unofficial tie-up with the show with a—hopefully—happier ending. Rather than a lone phone number, the reverse of these cards directs people to the app and reminds them that drastic measures aren’t necessary. 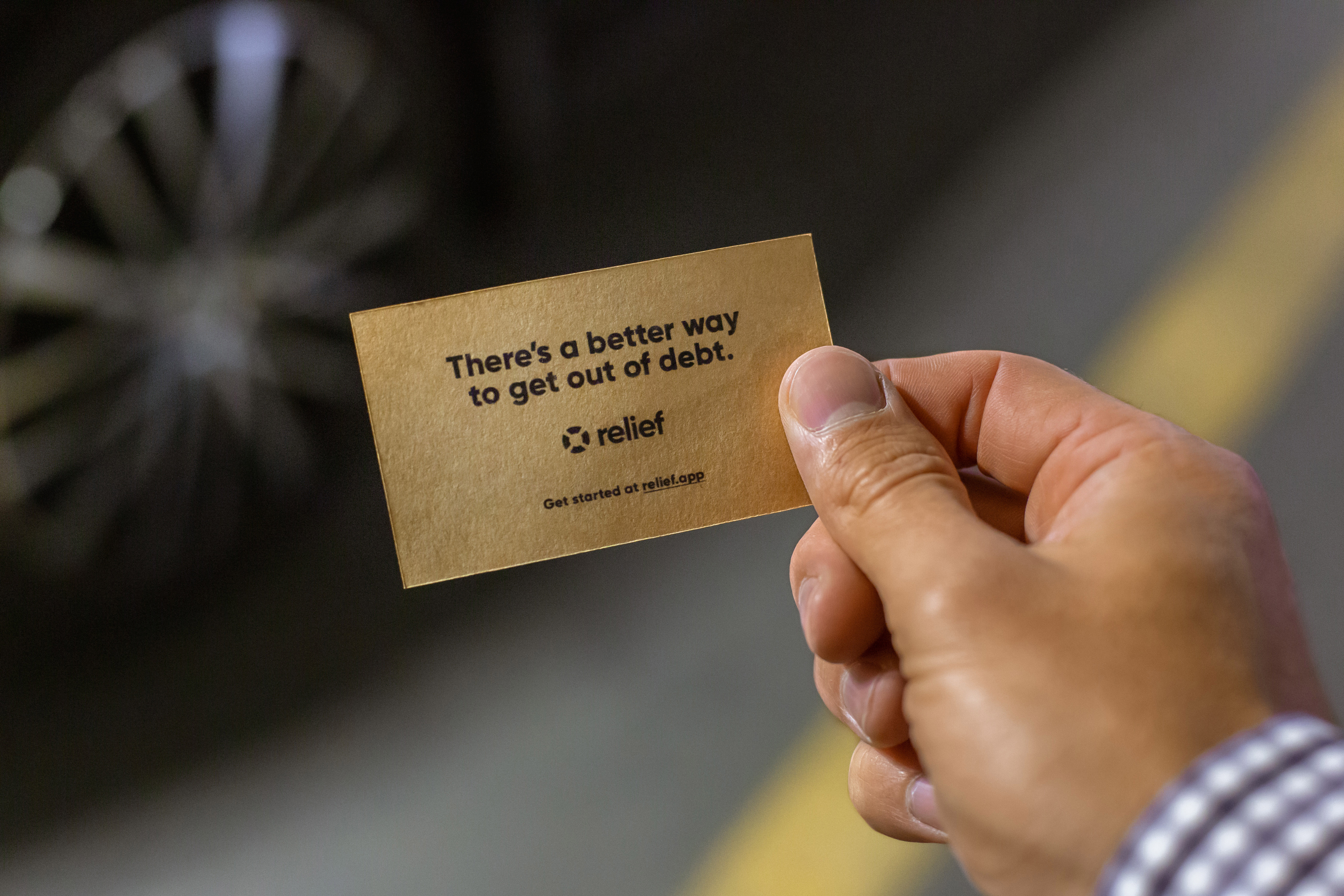 Knowing how fickle viewers can be, the agency jumped on the campaign, working with same-day printing companies, shelling out for express shipping and working with teams that usually distribute flyers to put 10,000 cards in the wild.