Stella Artois turns its old ads into a new campaign

AB Inbev’s Stella Artois is the latest brand to give new life to old ads. A campaign from TBWA/Belgium scoured the brew’s outdoor billboards from major cities around the world and then featured them in a whole new series to highlight its global fame.

The posters, which are running in Antwerp, Belgium, include scenes of Stella ad placements in New York, Shanghai, Rio de Janeiro, London, Los Angeles and more. They all feature the tagline “Great beer travels.”

According to a representative from the agency, the campaign started with research. TBWA scanned media plans from countries where Stella Artois had advertised in the past few years. It then contacted local agencies behind the campaigns and tried to find the most impactful locations. The agency shot pictures of the actual out-of-home ads for some executions, but for others, took a “scripted reality” approach in order to ensure consistency in the overall campaign.

Since the Stella Artois effort debuted, other markets wanted in and have been sending agency images of their own ad spottings, like the one below. 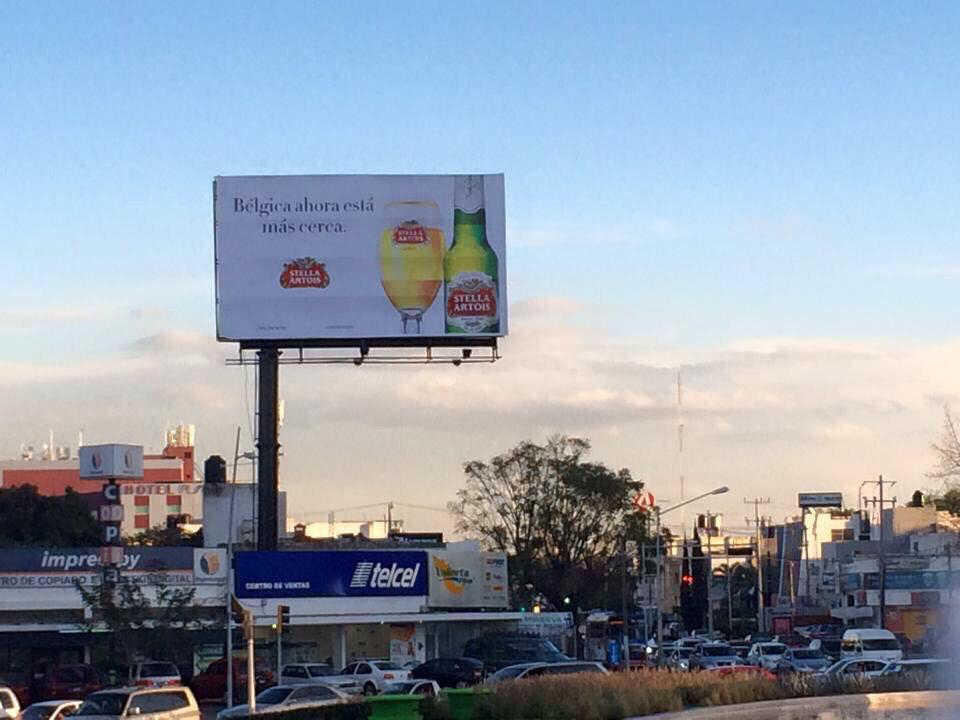