Stella Artois is promoting a new "unfiltered" beer variant in the U.K. with a playful TV spot featuring a small town where everyone also goes "au naturel."

The ad, by Mother London, portrays life in a pretty European village, where nobody is wearing a stitch of clothing. The spot was directed by Anonymous Content's Autumn de Wilde (known for her music videos and movie work on "Emma" with Anya Taylor Joy) who playfully covers up their nudity with some judicious use of strategically placed greenery, newspapers, roadworks, cleverly timed water leaks and even a cheeky peach.

The ad, which also includes a re-imagined version of Stella Artois’ well-known advertising music from "Jean de Florette," is accompanied by a print and out-of-home campaign for Stella Artois Unifiltered. Shot by photographer Nick Meek, it features further examples of people living "au naturel," including on dog walks and in chess matches, and includes a strategically placed cover wrap on the "Metro" newspaper. 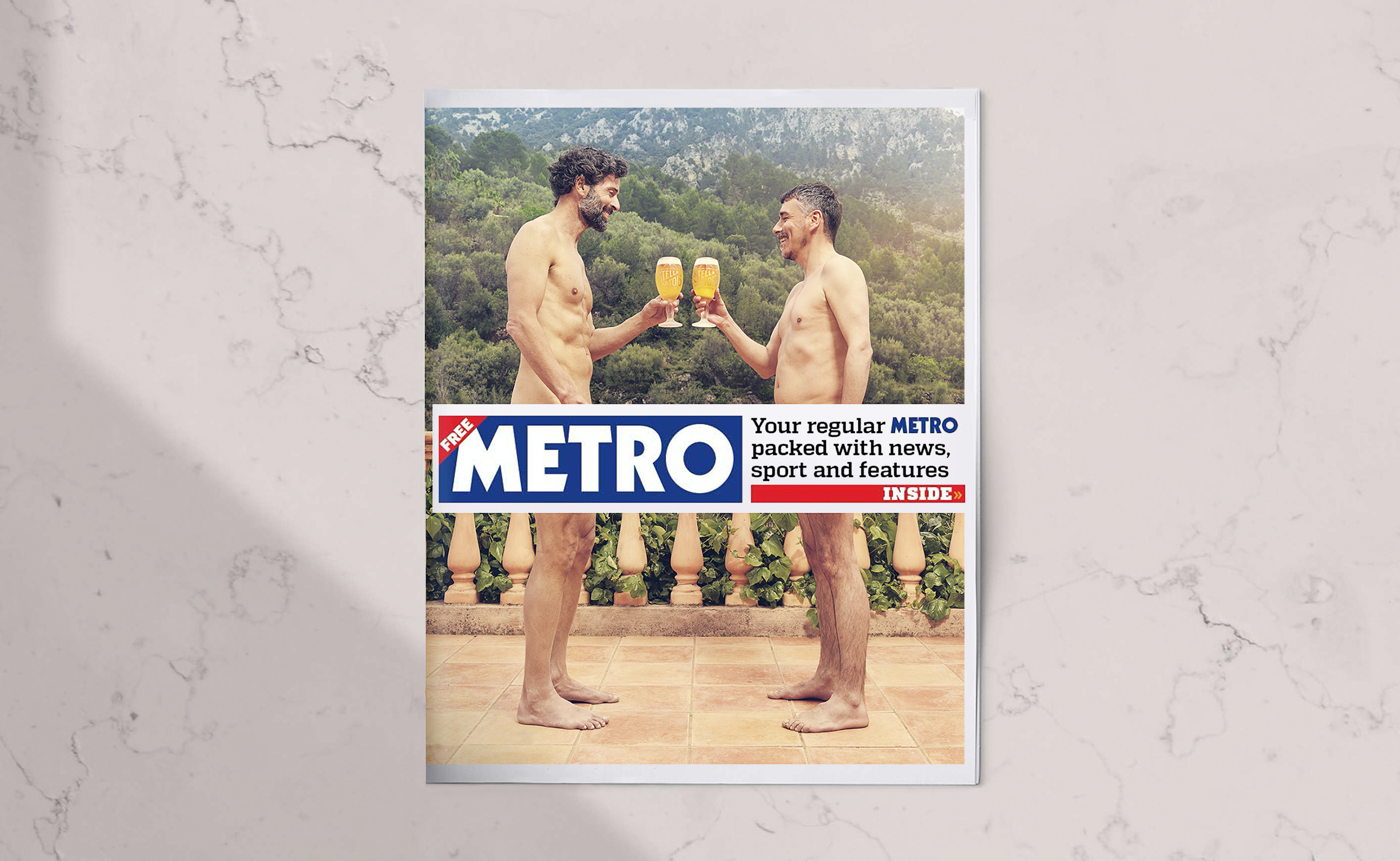 “Not many people know that beer originally wasn’t filtered - we’re so excited to be taking it back to its roots with the launch of Stella Artois Unfiltered," said Meg Chadwick, senior brand manager at Stella Artois Europe, in a statement. Our campaign 'Beer, au naturel' speaks to the truth of our naturally unfiltered beer - a lager in its most natural form. A beer as fresh and flavorsome as this, deserves a truly unmissable campaign – so why not showcase the beauty of being real, authentic and ‘au naturel’?’’

Stella Artois: It's a quiet Christmas for two with turkey and beer in Stella Artois' stylish holiday spot