Just when you thought the condiment market had reached its technological peak (looking at you, Wasabioli), Heinz and Wieden+Kennedy NY launch the “Packet Roller.” The new device aims to ensure not a single drop of the 12 billion packets of ketchup, mustard or mayo produced in the U.S. each year goes un-squeezed.

The device is modeled after a bottle of Heinz ketchup. The deep red casing sports the Heinz logo, a metal keychain loop for wringing on the go and a white cap that rolls to control the mechanism. Through the center of the “Packet Roller” are two slits, one housing a blade to slice the tops of packets without explosion and the other to feed the condiment pack through, pushing the sauce out. 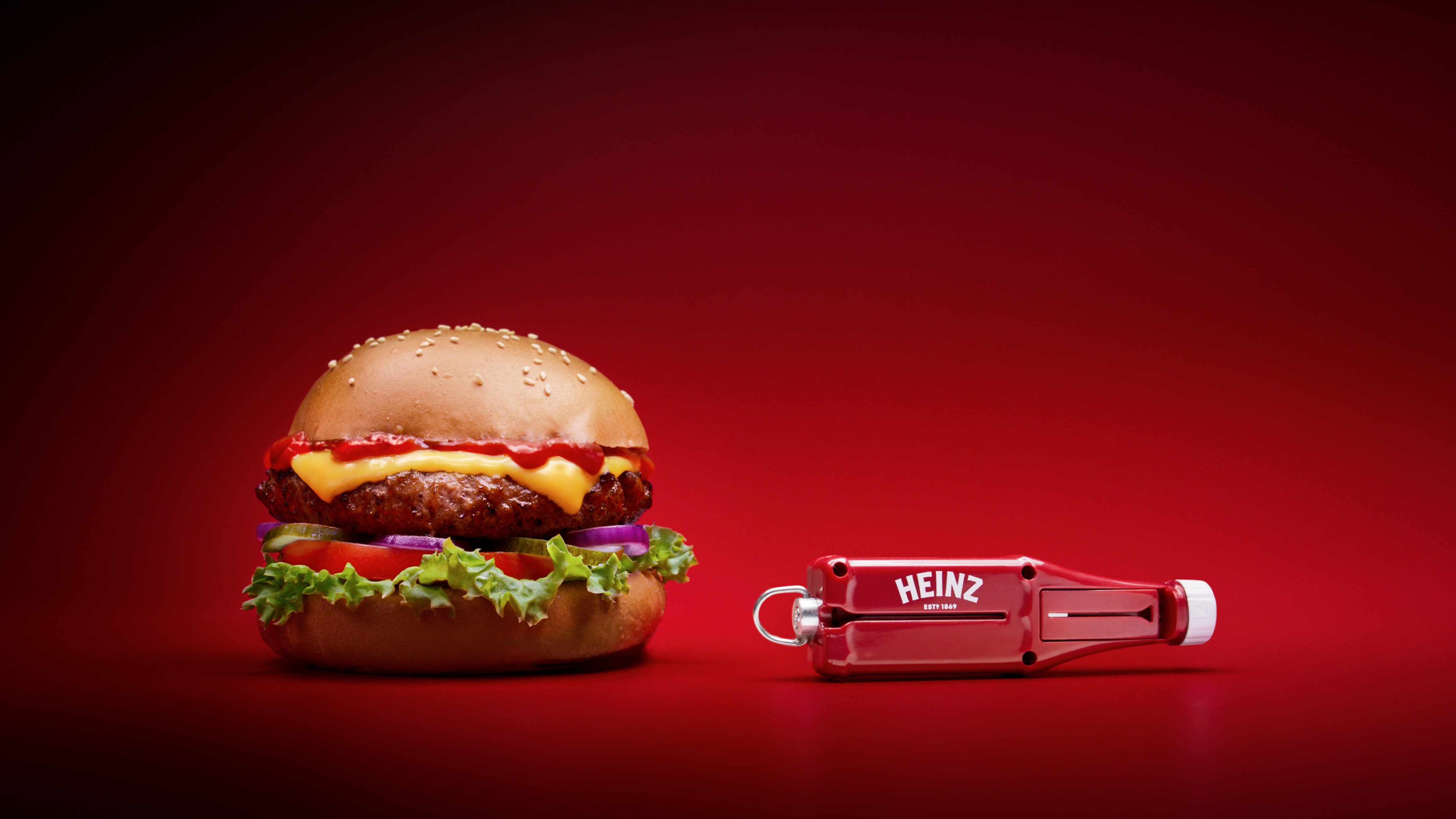 The 15-second video ad showing the invention in action plays like the intro from “2001: A Space Odyssey,” unveiling the “Packet Roller” through majestic backlighting and closeups while proclaiming it “the biggest thing to happen to sauce since packets.” Cascades of red, yellow and white sauce, meant to set mouths watering, as well as the narrator’s description of the gadget’s engineering as “magical” add to the spot's futuristic (extraterrestrial?) atmosphere.

“Our packets bring the magic to mealtime no matter where people are having their burger and fries but squeezing out every drop is no easy feat, says Ashleigh Gibson, Heinz brand director, in a statement. “We engineered the Heinz ‘Packet Roller’ to give fans a whole new way to savor their favorite condiment and ensure the last drop never goes to waste again.”

The spot, as well as a six-second variation, will run digitally. The product will also appear in an unsettling 3D billboard in Las Vegas, which depicts the roller’s assembly through a strobing red light and, once completed, splashes globs of red against the advertisement’s transparent walls (perhaps this one pays homage to “American Psycho”).

Heinz’s “Packet Roller” is available for $5.70 on the campaign’s website as well as for a limited time at Pittsburgh sandwich shop Primanti’s on Market Square.

Heinz: Heinz flags spots for snacking so you don't die in Call of Duty