On May 4, Taco Bell will give away tacos when the moon resembles its top seller

Taco Bell’s global growth aspirations are sending the California chain to the moon—well, sort of.

Taco Bell is using a lunar phase when half of the moon is visible as the center of its first global campaign. It suggests the phase should be called a “taco moon” due to its resemblance to the food.

The next so-called half moon—it’s actually a quarter moon, but this isn’t a lunar lesson, it’s about tacos—will be viewable globally on May 4.

The world’s newest lunar phase arrives tomorrow: The #TacoMoon. And we're giving you a free Crunchy Taco to celebrate. Available only on 5/4 from 8 PM to 12 AM or all day online or on the app. 🌮 🌓

It’s a way for the restaurant chain behind giveaways such as “Steal a Base, Steal a Taco” during the World Series to remind people who already know Taco Bell to get more of its tacos, and to spread awareness of the brand as it expands into more countries such as Malaysia.

“It just made sense to use the world’s largest billboard,” says Nikki Lawson, who joined Taco Bell a year ago as global chief brand officer. “When the moon is at half moon it looks just like a taco.”

She wonders if Taco Bell can lobby the astrological community to have the phase of the moon when half of it is visible be called the taco moon. “I think consumers would get far more interested in a taco moon,” says Lawson.

Taco Bell aims to give away the most tacos it has ever handed out in a single day on May 4. 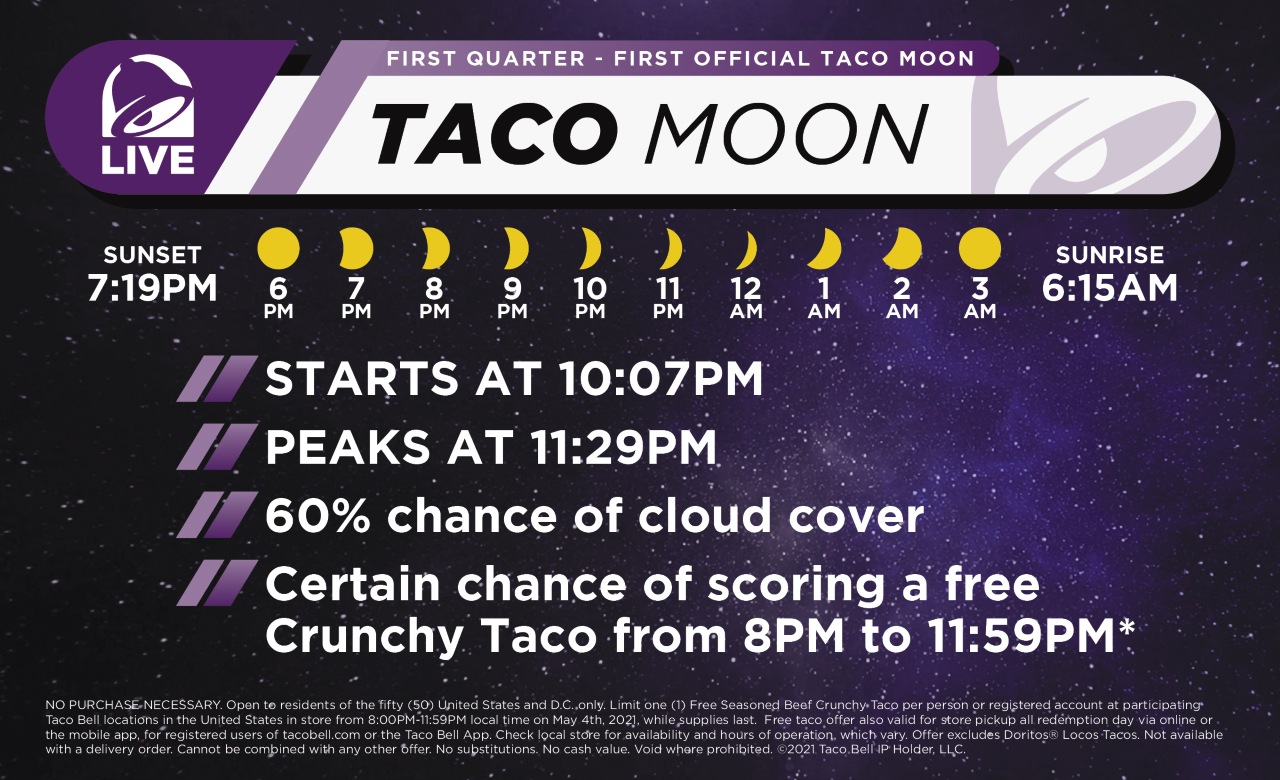 At least 20 of Taco Bell’s 32 international markets are participating in the Taco Moon campaign in some way. The campaign varies in different markets. In the U.S., patrons will be able to snag a free crunchy taco—the chain’s top-selling item—on May 4. The giveaway will take place all day via the chain’s app and site, though not for delivery, and in-person from 8 p.m. to 11:59 p.m. (It happens to fall on a day of the week that’s already popular for tacos, Taco Tuesday.) In India, Bollywood influencers are being called on to help promote Taco Bell.

World, say hello to #TacoMoon. Celebrate with a free Crunchy Taco TODAY 5/4 from 8 PM to 12 AM or all day online or on the app.

The taco moon campaign isn’t Taco Bell’s first out of this world idea. In 2001, Taco Bell offered to give everyone in America a free taco if Russia’s Mir space station landed on its target off the coast of Australia. Spoiler alert: it didn’t happen, but it generated lots of buzz for Taco Bell.

The “I See a Taco” campaign is set to include 15-second TV spots along with social and digital content. It comes from Taco Bell’s creative agency Deutsch LA. Edelman is handling PR. 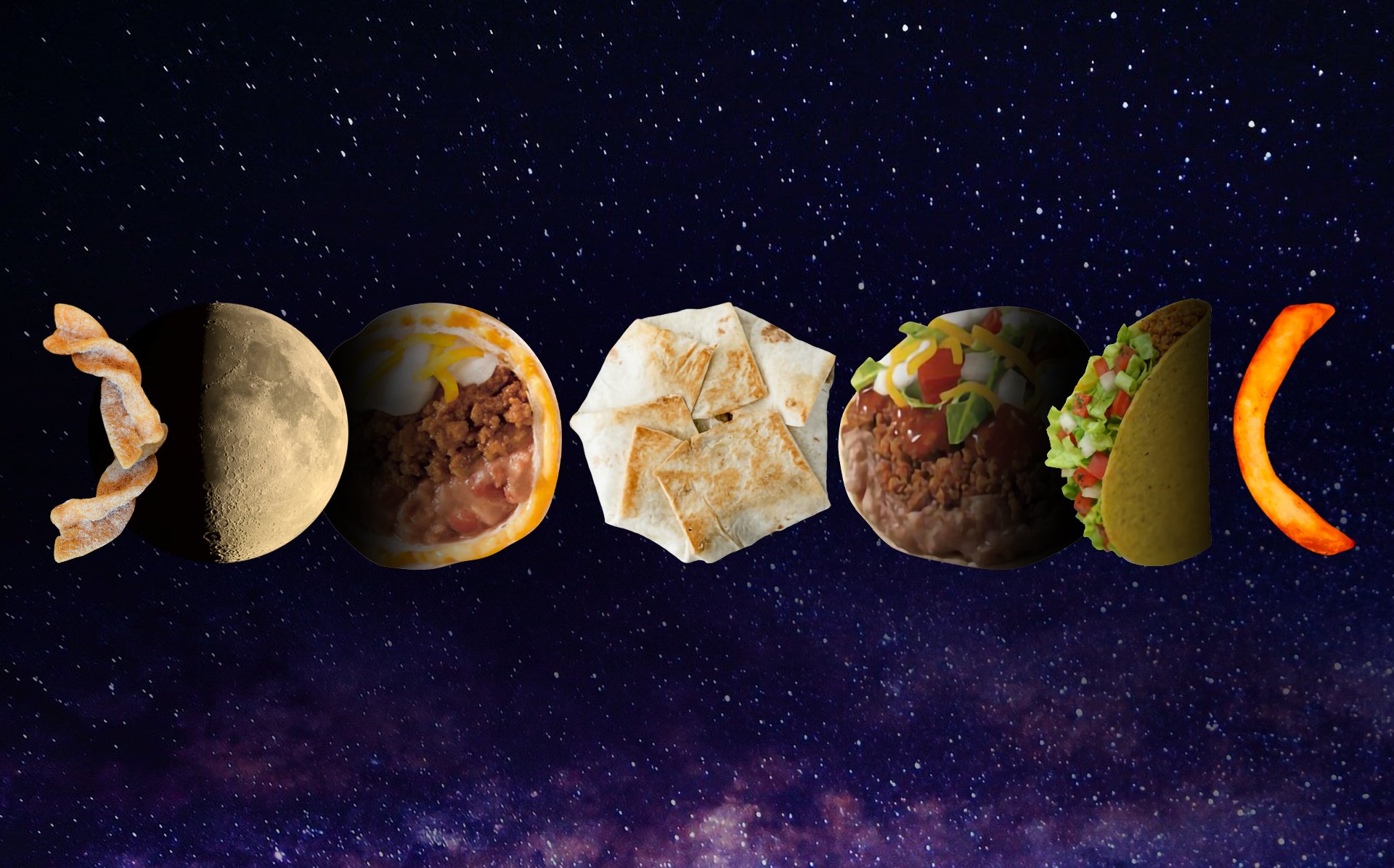 “I truly believe that it’s going to be work like this that defines the next phase of Taco Bell’s growth,” says Lawson.

Taco Bell, already the No. 4 U.S. chain by sales, has high hopes for its ongoing international expansion. It had 7,427 restaurants at the end of 2020 and aims to have more than 10,000 in the coming decade.

But Taco Bell has a long way to go before it hits the global status of its peers. At the end of 2020, just 8% of Taco Bell’s restaurants were located outside the U.S. Its larger Yum Brands siblings KFC and Pizza Hut had 84% and 63% of their restaurants outside the U.S., respectively.

Taco Bell: Taco Bell: Standing up for the Other Kids