Talking butts say it all in SeatGeek's big brand push

If your goal is to get butts in seats, then let the butts do the talking. That’s what online ticket seller SeatGeek has done with its first large-scale ad campaign, which depicts booties of all shapes and sizes raving about the fun to be had at live events, with the help of its platform.

The “Get your seat in a seat” campaign was created out of Fig, which won the business after pitching earlier this year. It breaks alongside SeatGeek’s new brand identity and logo.

Each new spot features buttocks of various individuals wiggling, writhing and bulging as they discuss games and concerts they attended or dream about future events.

The khaki-covered rump of a man named Kyle (above), for example, remembers how his life used to be “quite boring,” spent on the couch, in the office and at the occasional restaurant. By purchasing tickets on SeatGeek, however, he’s “living the dream” and has been to two basketball games and a concert.

Watch: The top 5 creative campaigns you need to know about right now

The denim-clad behind of a woman named Cheryl recommends baseball games as the perfect first-date venue, imagining how they could lead to an appearance on the kiss-cam, or even something more lasting.

According to Fig Chief Creative Officer Scott Vitrone, the aim of the campaign is to bring more visibility to the brand at a time when the pandemic leveled the playing field for the category.

“Seatgeek has a great product with a high repeat rate amongst loyal customers, but much lower brand awareness than competitors Ticketmaster and Stubhub,” he says.  And what better way to create awareness than with butts that talk.

The new brand identity sets out to make a statement too. The logo features a striking red and black palette and weightier letters with curves that seem to mirror seats in an arena. It's a dramatic shift from previous versions, rendered in a quieter blue and white, with smaller, more slender typography.

“We believe that live events can be transcendent moments,” SeatGeek Head of Brand and Customer Marketing Sarah Kettler noted in a statement about the rebrand. “They connect us to others, and make our lives more full. SeatGeek takes the best of tech and combines it with the magic of live events to drive our mission—help people experience more live.”

The events of last year only helped to reinforce the brand’s mission and the need to get its story out. “Even prior to the pandemic, we were already preparing to take the next step forward in telling our brand story in an impactful way,” she said. “The lack of live events gave us both the opportunity and the inspiration to tell that story in the right way.”

Timing of the campaign and rebrand could be seen as unfortunate, given that the surge of the Delta variant has led to the reintroduction of mask mandates and safety precautions around the country. But Kettler tells Ad Age that in creating the push, the company factored in the current landscape. “We’re in an environment where marketers need to be incredibly flexible,” she says. “Our new brand identity and this campaign’s messaging are designed to last beyond the next few months and into next year. We’ll continue to be nimble though and willing to adapt our marketing when needed.” 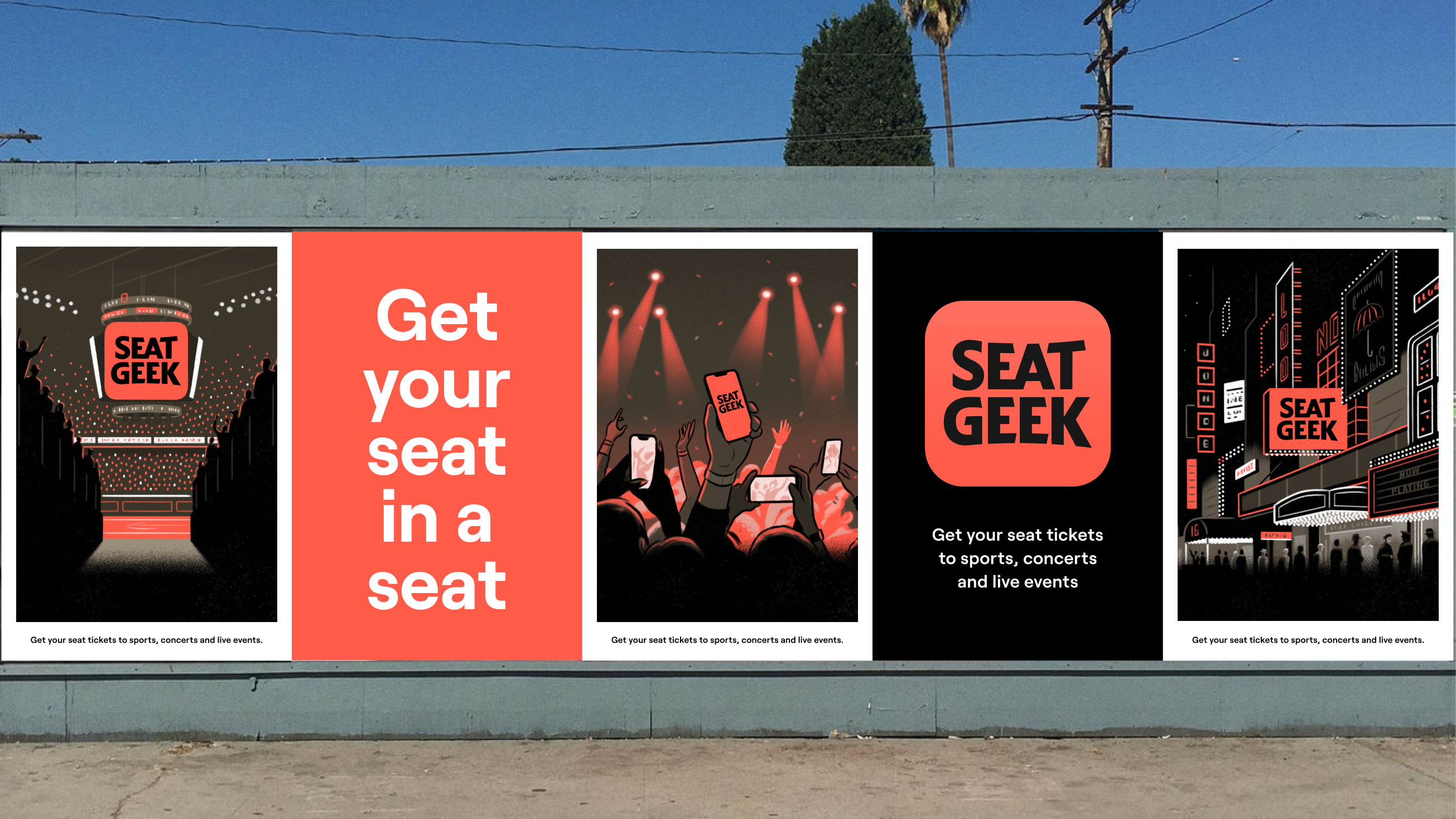 To create the campaign films and get the butts chatting, the agency tapped Landia director Andy Fogwill, who opted for using in-camera over digital special effects. Fogwill “sold us on the idea of making the butts perform practically,” Vitrone says. “His team created a prosthetic with small airbags that the actors wore under their pants. We really wanted the butts to perform in an imperfect, lo-fi way.”

In terms of casting the butts, the agency looked for all shapes and sizes. “Body positivity was key in our casting choices,” Vitrone says.

The television and digital campaign began running this week in key mid-tier markets and will continue across major brand channels, sponsorships and in experiential activations throughout the rest of the year.