Thinx, the period underwear brand, is hoping to attract people's attention with a digital billboard campaign that displays people's real-life worries about their periods as they get out of the house more.

The billboard, located in Brooklyn, New York, illustrates real-life period anxieties, such as "leaking into my pants during class," "commuting while cramping" or "bleeding out on someone else's chair,"  being "absorbed" into an item of Thinx underwear. 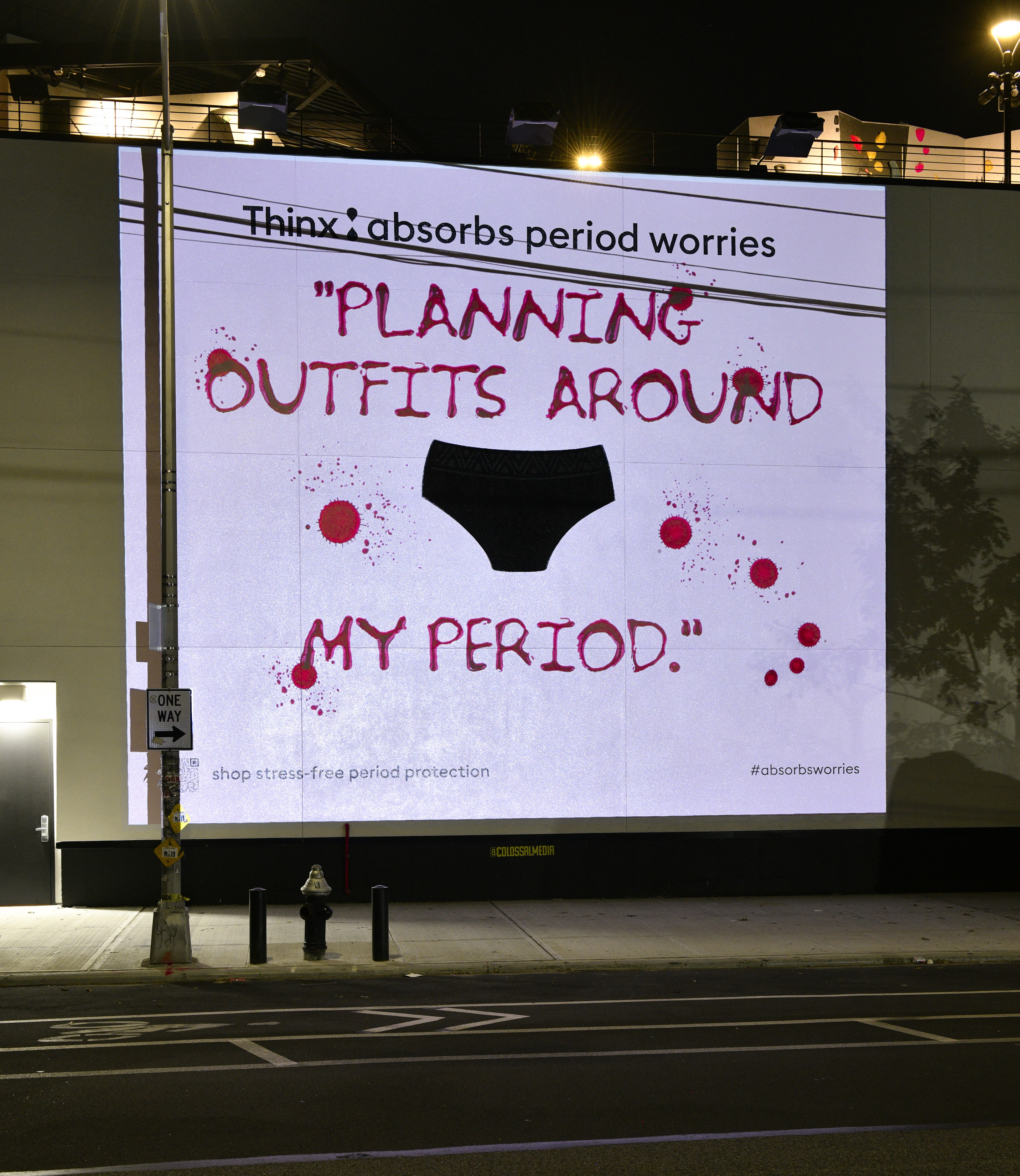 The worries were sourced from real-life women in Thinx's community. As part of the campaign, people are also being asked to share what keeps them up at night on social media, including making videos about their period anxieties, using the hashtag #absorbsworries.

The campaign was created in-house, and the brand opted for outdoor to attract people's attention as they begin getting back to commuting, school or work.

"We want to listen to our community and let them know they are not alone—seeing period worries projected in full display on a billboard and across social media, without shame or embarrassment is meant to be a shared experience for people with periods," says Crystal Zerrenner, chief growth officer, Thinx.

"While there is a lot to look forward to as we are reemerging into society, there are some inconvenient realities for people with periods. With this campaign, we wanted to tap into this insight as people go back to some semblance of normalcy. The idea is about returning to having periods in public, so the natural media choice was OOH—a striking public message about periods. We’re attempting to catch them where they are, and in a way that resonates. And what better location than our own backyard in NYC, where things are clearly coming back to life." 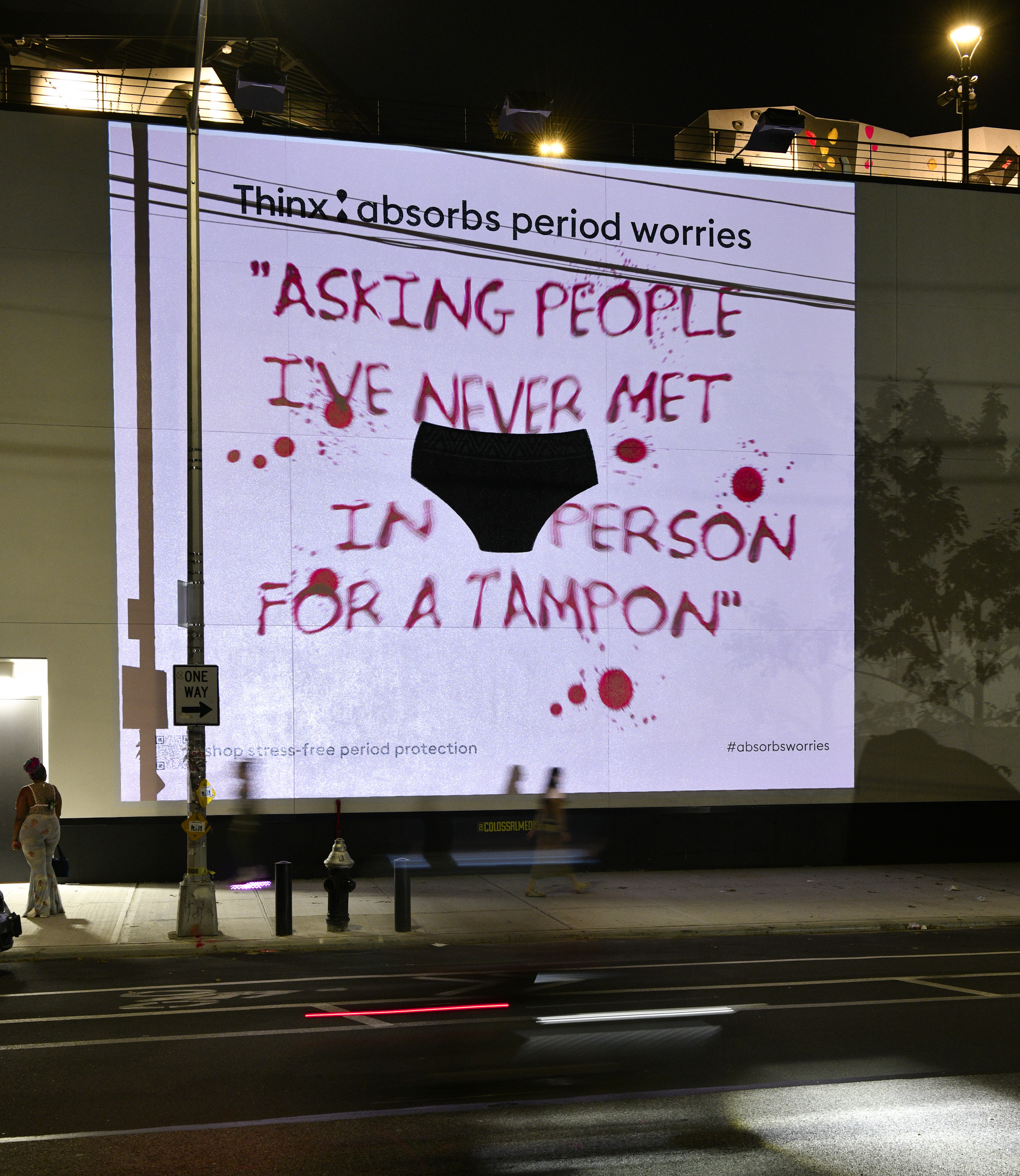 Thinx's previous work has included a provocative TV ad, created via BBDO New York, which imagined a world where men had periods. Last December the brand debuted a second TV spot, created in-house and with a product-focused message, after seeing a 40% spike in sales during the first phase of the pandemic. At the time, the marketing team said that lockdowns had meant more women were willing to experiment with period underwear while spending time at home. 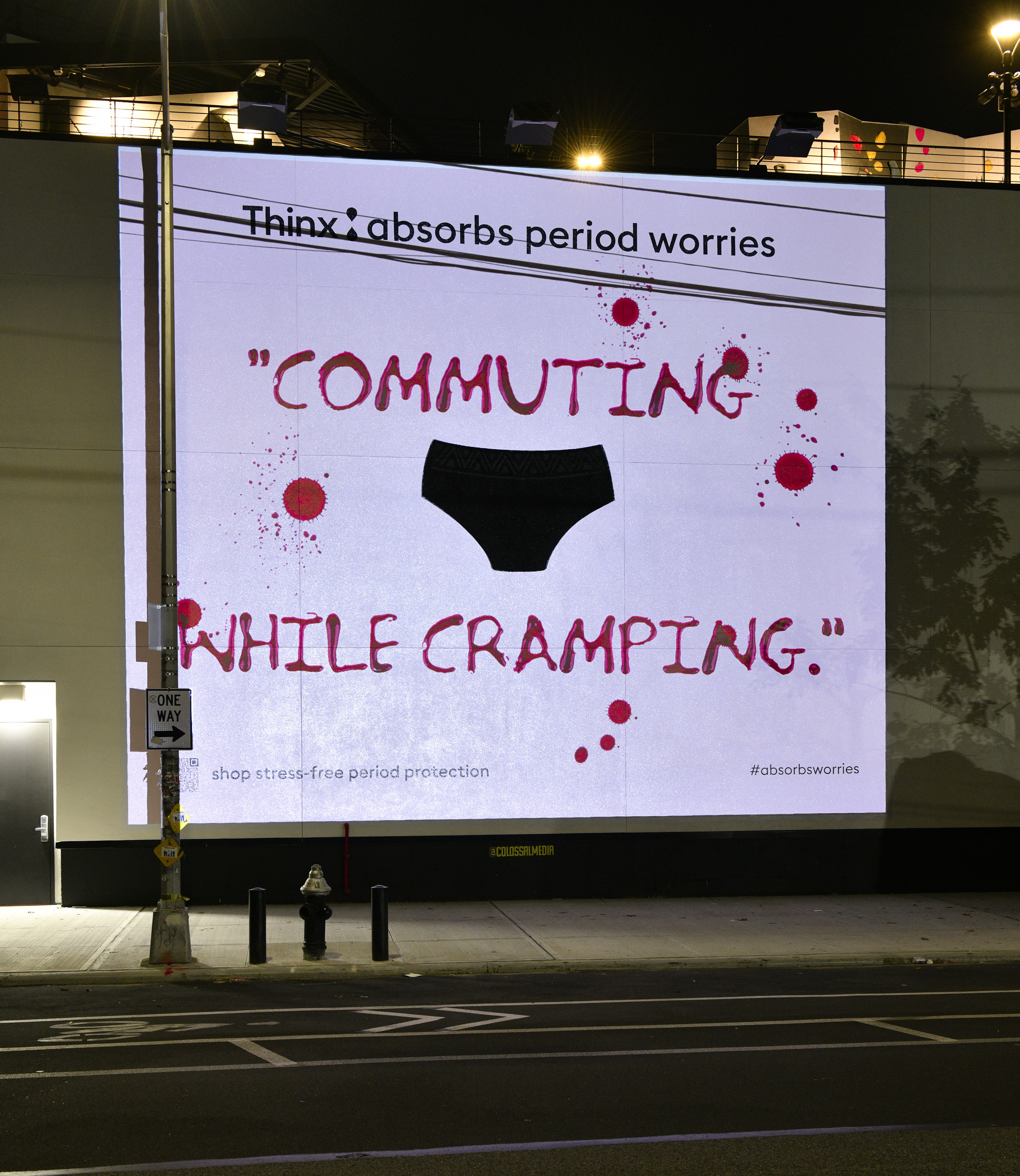 Thinx: The first TV campaign for Thinx imagines a world where guys have periods