Character portraying the tea company's founder predicts today's consumers will want herbal teas, not ones made from fish bladder

“Everyone talks about authenticity,” says Katie Butler, VP of marketing, Twinings North America, who says the brand wants to highlight its heritage and expertise “without seeming old-fashioned or stuffy.”

In one of the “From 1706 & Beyond” spots, the Thomas Twining character tells tea drinkers that in 300 years he’ll make a turmeric tea to soothe the digestive system. “And what about the plague?” a sickly-looking woman asks, as other patrons quickly depart.

Having a representation of Twining, who died in 1741, promote some of its newer products makes Twinings the latest brand to go back in time to tell a brand story. Unlike campaigns such as Bud Light’s “Dilly Dilly,” which is set in medieval times despite the brand’s national launch in 1982, Twinings has history on its side. Twinings traces its roots back to 1706, when Thomas Twining bought Tom's Coffee House in London and began selling tea in the same space where Twinings continues to have a shop (216 Strand).

Last fall, Twinings introduced wellness teas, or “benefit-driven teas,” such as Soothe, which features turmeric and is meant to support digestion. The wellness lineup hits on trends such as self-care and people paying more attention to the benefits of the foods and drinks they consume, making them attractive to current tea drinkers and bringing in new ones. Wellness teas are growing at more than 10 percent and specialty herbal teas are growing nearly 10 percent, both far outpacing the low, single-digit growth rate in the overall tea category, Butler notes.

Twinings, owned by Associated British Foods, has a strong heritage but remains a relatively small player in the United States, where it is the No. 5 hot tea brand with a share of about 4.4 percent, according to Euromonitor International. Unilever’s Lipton, which has lost some share in recent years, still leads the market with an 11.5 percent share. U.S. sales of tea grew more than 9 percent over five years to hit $2.74 billion in 2018 and are expected to grow at a faster clip, with 2023 sales projected to be about $3.02 billion, Euromonitor says.

The creative work comes from Terri & Sandy, which Twinings hired as its first North American agency of record in 2018.

“Back in the 1700s when coffee was king, Thomas Twining started a tea company,” says Sandy Greenberg, co-founder & CEO, Terri & Sandy. “He was an entrepreneur in every sense of the word and basically made tea all the rage in England. So who better than Thomas to showcase the brand's British heritage and unparalleled quality?”

Another spot promotes some of Twinings’ herbal teas. The Thomas Twining character says his future teas will use “delicious ingredients,” leading patrons to guess “fish bladder” and “cow udder.” 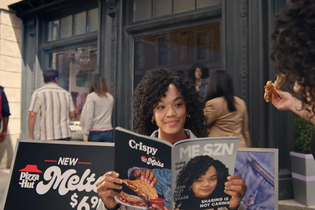 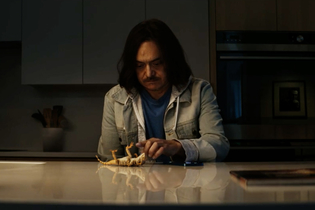 VFX :
Out of the Blue

Twinings: Twinings : Gets You Back To You