Professional singer Janeen Phelps wanted to follow in the military footsteps of her dad, a Vietnam War vet. Hawaii-born David Toguchi didn’t think he had the skills, or brains, to become a helicopter pilot. Jennifer Liriano, daughter of Dominican Republic immigrants, witnessed her father try to take his own life. This is where the journeys to serve in the U.S. Army began for a few young soldiers, whose tales come to life in “The Calling,” an animated recruitment campaign that aims to make the Army more relatable to Gen Z.

Major General Alex Fink, the U.S. Army’s chief marketing officer, says that one of the organization’s biggest challenges today is connecting with Gen Z. They are “more and more detached from the Army and the military in general than any generation in recent history; they have fewer people they know who serve, fewer moms and dads who have served. We’re kind of this distant star that lives tucked away in these army bases, in isolated environments.”

Previously, the Army debuted a campaign titled “Warriors Wanted,” a high-octane push that brought viewers into the throes of combat alongside soldiers.

“We launched that campaign to break through the sea of sameness,” General Fink says. Ultimately, however, he says “it was very combat-oriented and probably didn’t really tell our audience of 17 to 24-year-olds anything they didn’t already know. It reinforced basically what people already thought.”

For “The Calling,” the Army cast real soldiers, selected from a pool of about 100 applicants from around the world. The Army and DDB picked five that represented as diverse a mix as possible, not just in terms of ethnicity but also based on their individual stories about what influenced them to enlist.

General Fink says that the Army’s ongoing strategy in marketing to its target Gen Z audience has been to catch them unexpectedly. “Gen Z has made an Olympic sport out of scrolling through social media, and the only way to get those thumbs to stop is to surprise,” he says.

Each film has its own visual style, crafted by different directors—PJ Richardson, Tony Liu and Jayson Whitmore—and produced out of Laundry. Squeak E. Clean provided the music and sound design.

General Fink says the Army brings in about 120,000 soldiers a year between its three components: the one active component, the Regular Army and two reserve components, the Army National Guard and the Army Reserve. The Army’s actual recruitment target is a function of “End Strength,” what Congress deems are the necessary numbers of soldiers for the various branches of the military in any given year.  Recruitment goals center on that, “ebbing and flowing” depending on retention and attrition, General Fink says. At the beginning of the year, the Army has a set target number that is reassessed every month—"a very similar exercise to a sales budget,” he says. “The end of the fiscal year is where Congress wants us to be.”

As for competition, General Fink says that the other branches of the military aren’t its prime challengers. The Army focuses more on those who are not that inclined to consider the military as a professional calling. “Our job is to present the Army value proposition in a way that is meaningful, true and relatable,” he says. 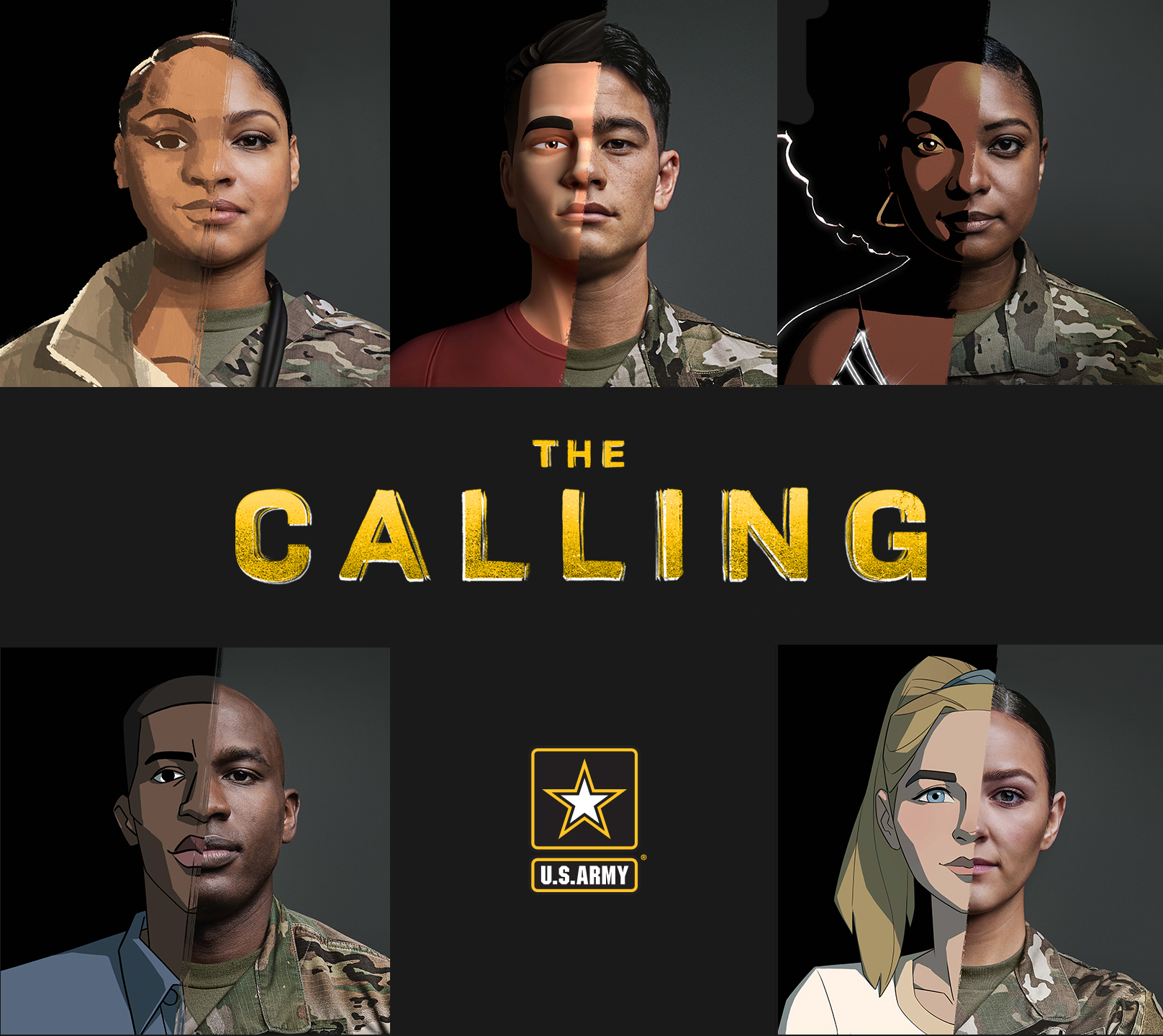 In recent years, the U.S. Army has made a concerted attempt to modernize its marketing. In May 2019, it moved its marketing division, officially known as the Army Enterprise Marketing Office, from D.C. to Chicago after it shifted its $4 billion dollar contract to DDB Chicago from McCann.

“We wanted to be part of the larger marketing community, in a destination city for marketers,” General Fink says. “Our team has both military and civilian staff, and we wanted to make sure we had access to great talent. Military officers will come and go, but civilians, we hire locally.”

Great talent is crucial because “we were a legacy organization and we weren’t totally equipped for the era of digital marketing,” General Fink says. “We had to make up a lot of ground and this was a way to restart with a new structure and a new home.”

Since the move, General Fink says that the Army’s marketing team has beefed up its competence and capabilities. Improvements in its own data infrastructure have “significantly increased our ability to attribute soldier signups to marketing content,” he adds. 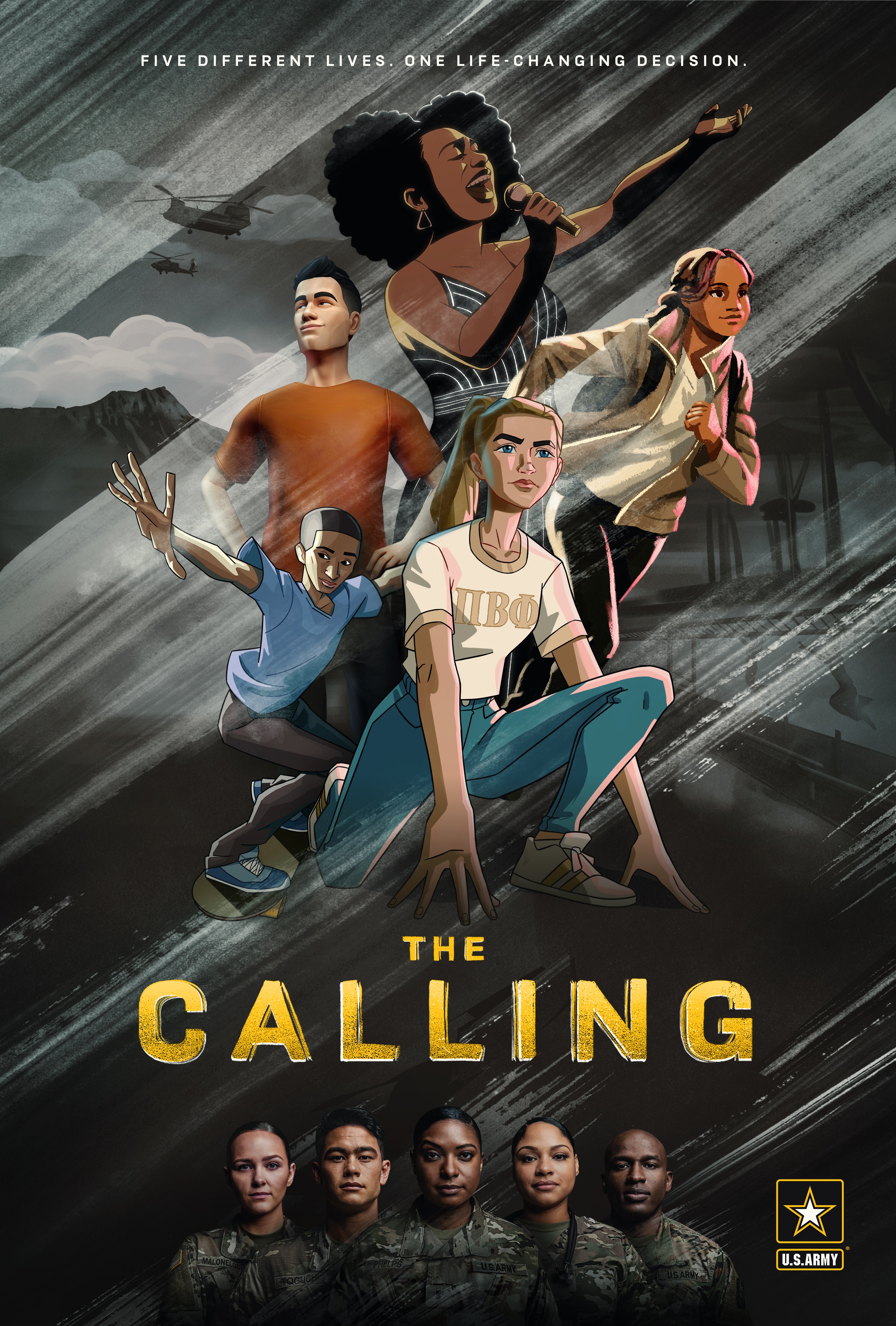 During the pandemic, digital capabilities became key. Once COVID hit, the Army marketing team fast-tracked plans to expand its contact center and introduce online chat, which it hadn’t yet implemented at the time. After shutting down physical recruiting centers, “we really saw the volume go up in terms of how the Army was communicating directly with future prospects,” General Fink says.

For recruitment, “we think in the form of a funnel,” he explains. That funnel moves from awareness to engagement lead, to nurturing that lead so eventually the prospect connects with a recruiter. “We were able to replicate that virtually.” Last year, General Fink says the Army hit its recruiting goal “with no problem.”

Fueled by data, the Army has been able to see how engagement changes and shift its messages accordingly. “There are no silver bullets to this,” General Fink says. “I wish it was as simple as one thing, but it’s often a hundred little things to get us to where we want to go.”