What's this?
This content is created by an Ad Age Publishing Partner. Find out more about this program.

Latinx Heritage Month is reaching its high point this month, with hundreds of events across the U.S. spanning the traditional Sept. 15-Oct. 15 period. To commemorate the occasion, Vans launched a national program highlighting the wide variety and excellence of Latinx creative work in the graphic and performing arts.

The “So Much More” initiative has partnered with rising visual and performing artists, and features a wide variety of expression. Aware that creative work identified as “ethnic” can be perceived in one-dimensional terms, Vans was determined to make “So Much More” fulfill the promise that Latinx culture and art explore a world of expression across a dynamic and incredibly wide spectrum of creativity.

Central to “So Much More” is a series of commissioned original posters exploring such varying themes and ideas as food, traditions and symbols through one-of-a-kind designs, with the posters available free at various Vans stores in the U.S.

The company partnered with these artists not only because of their reputations as edgy and compelling groundbreakers, but also because of their ability to depict authentic, multi-faceted images of Latinidad. They include: 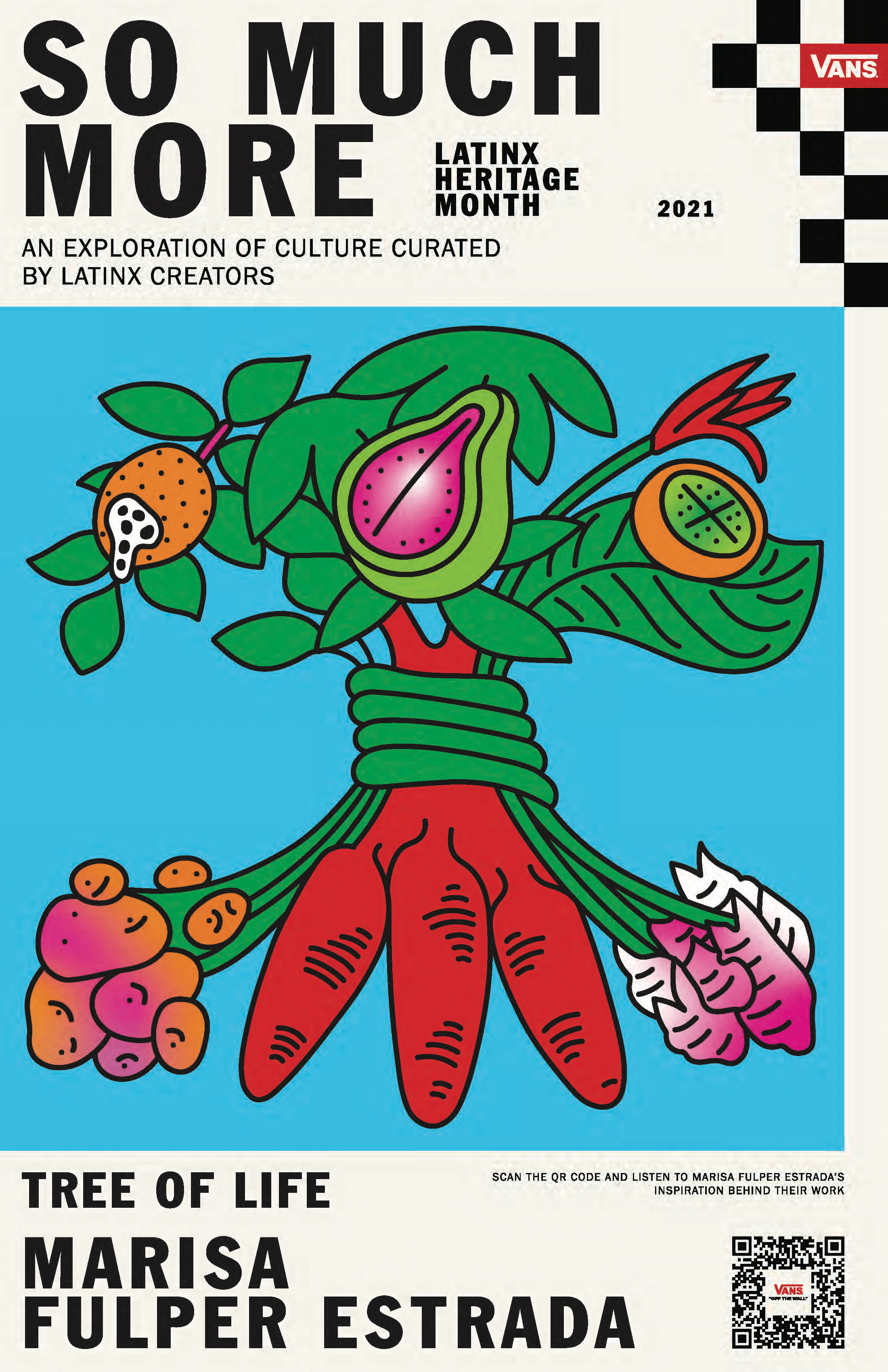 Colombian-born and Chicago-based visual artist and musician Camilo Medina, whose work has been described as “a combination of apparently disparate elements, which form vibrant collages with a grainy retro sheen.” To experience it, check out his “Normas Jamas.” 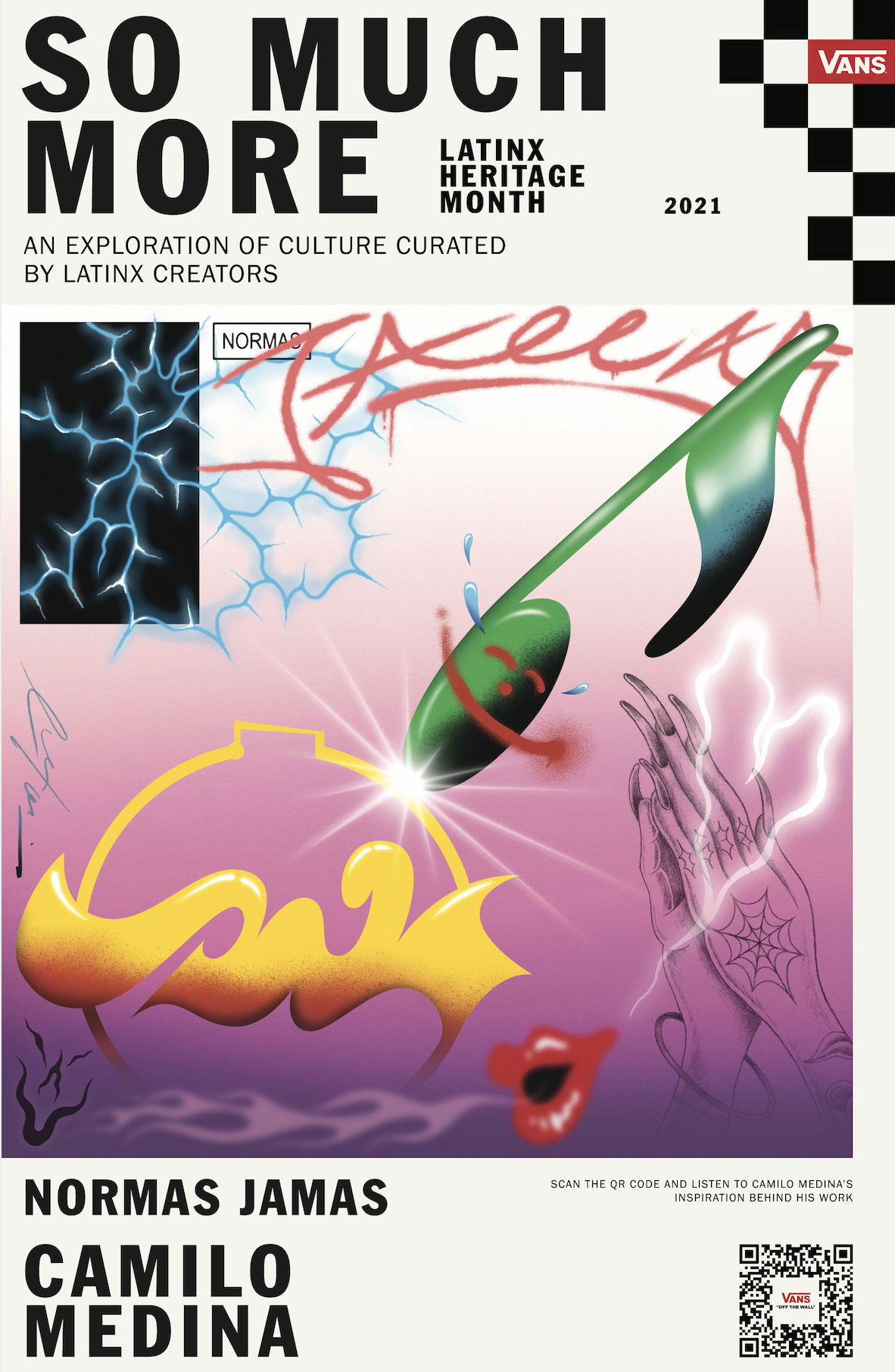 Chicago-based artist Tatee Garcia, also known as Elloo, who is known around Chi-town for her immense building murals. On a much smaller scale is her poster, “Elloo Piñata of My Dreams.” 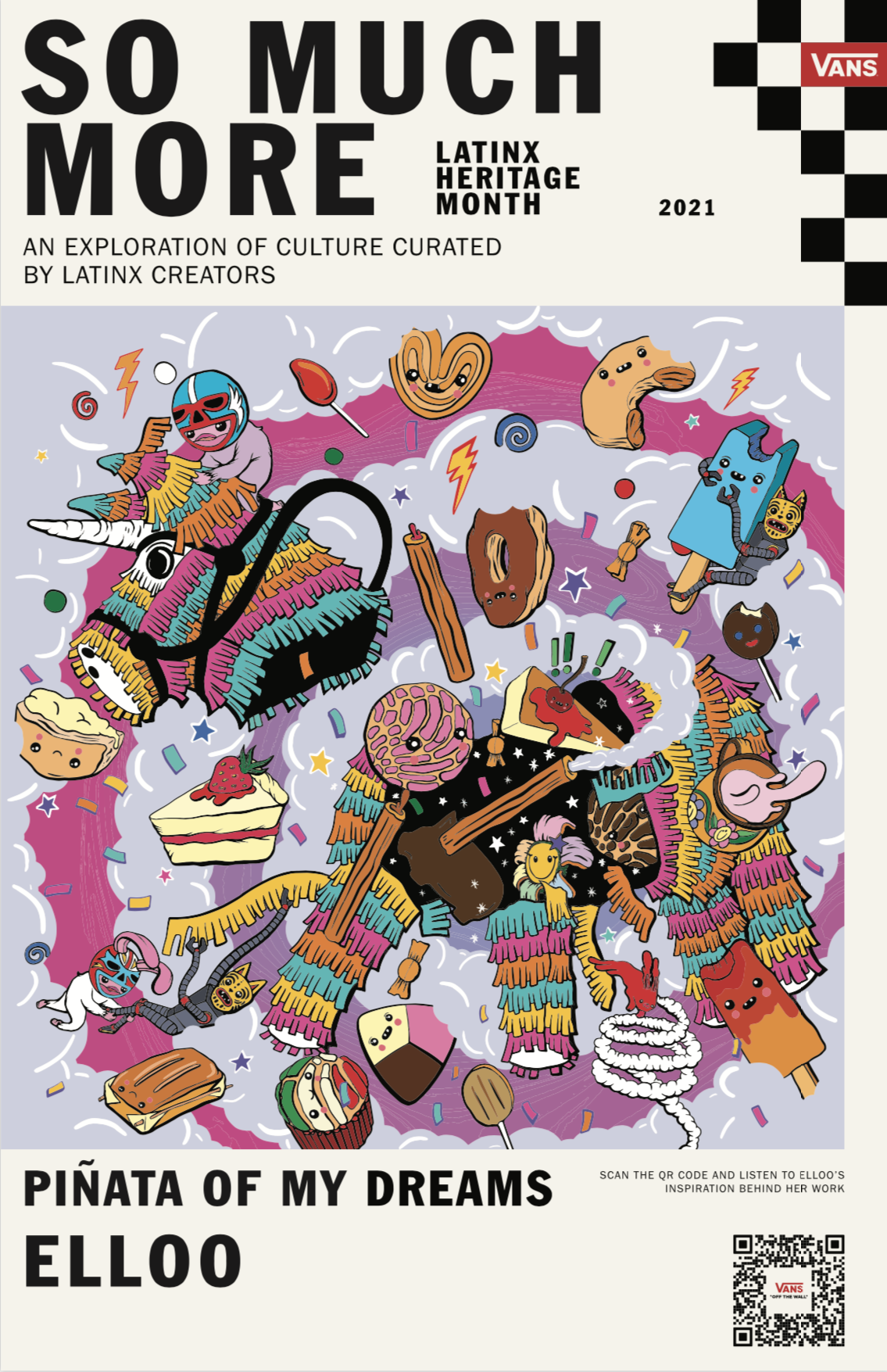 Los Angeles-based painter Daniel Gibson, who grew up in a border town in Southern California, has had his work featured in such key venues as the Almine Rech gallery, Brussels, and the Charlie James Gallery in Los Angeles. Daniel’s entry is “Plaster City East.” 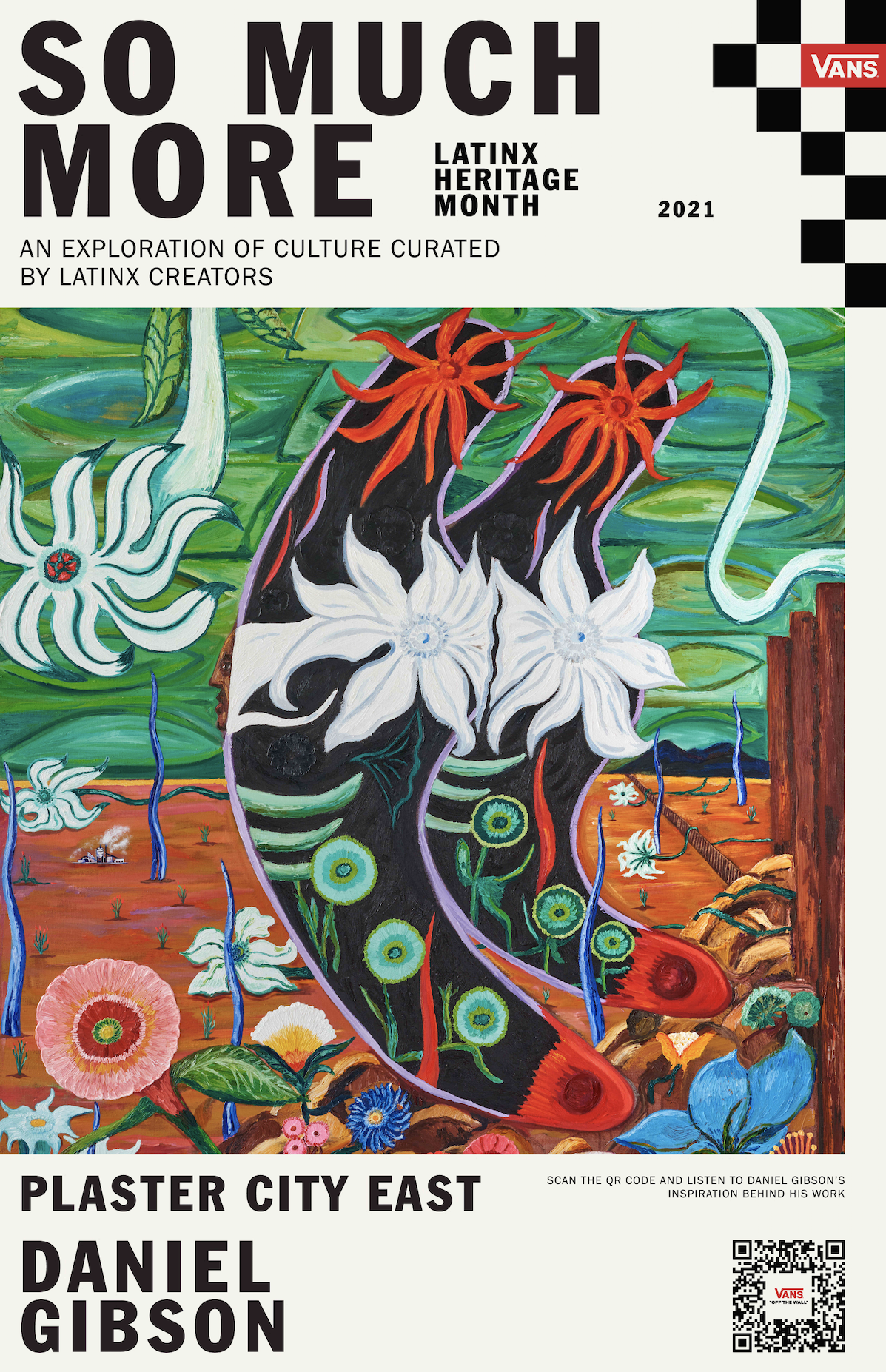 A unique element of each poster is a QR code linking the viewer to the artists’ own individual descriptions of the inspiration behind his or her work.

The posters are available at the following Vans locales:

Also as part of Latinx Heritage Month celebration, Vans’ Channel 66 station (taking Vans “Off the Wall and on the Air”) is featuring several Latino artists and creatives. They include Totem TV, which showcases projects and talent through music and fashion, and with a Mexican flare; the Salt Cathedral band, originally from Bogota, Colombia, and led by Juliana Ronderos and Nicolás Losada; and the indie pop duo Buscabulla, with Puerto Rican natives (and husband and wife team) Luis Alfredo Del Valle and Raquel Berrios.

Vans: Vans Celebrates Its Half Century of History in a Groovy Animated Short