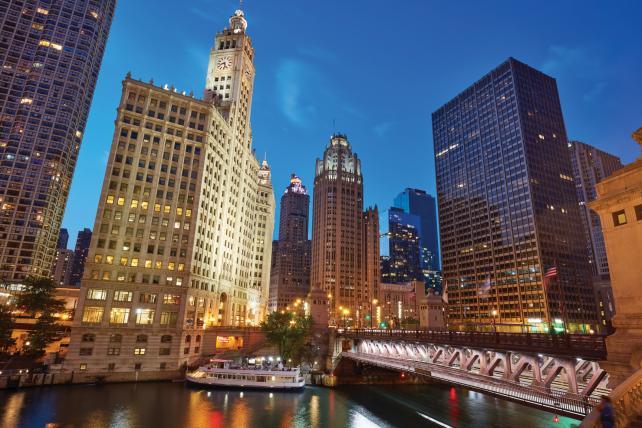 Chicago doesn't have the edge of New York or Los Angeles and for that, Chicagoans are grateful.
Credit: istock

Cody Parkey's 43-yard field goal attempt at the end of a wild-card playoff game between the Chicago Bears and Philadelphia Eagles wasn't a regular miss. That wouldn't be the Chicago way. After the "double doink" kick, in which the ball bounced off the left upright and then the crossbar, fans blamed the kicker for ruining "Da Bears'" season and called for him to be fired.

Less than a week later, more than 100 novices lined up on a snowy Saturday to try to kick a football 43 yards, a stunt arranged by Anheuser-Busch InBev-owned local brewer Goose Island, fueled by the chance to win Super Bowl tickets. Every attempt was a glorious miss. That's Chicagoans for you: They take a sour moment and turn it into a thing of meme-worthy glory—and they do it in the freezing cold.

"Chicago at its best has this humanity, and it has a bit of hustle," says Tom O'Keefe, a co-founder of Chicago agency O'Keefe Reinhard & Paul.

"So much of how we live now, especially how we buy and how we market, started in Chicago," says Ky Dickens, director of the documentary "The City That Sold America."

The third-largest city in the U.S., Chicago is home to the most-storied campaigns in advertising history and the birthplace of creative mainstays like Leo Burnett Co. (1935), PR giant Edelman (1952), and multicultural pioneer Burrell Communications (1971). Tony the Tiger, Mr. Clean and the Marlboro Man were born here, and Sears once towered, literally, over the country's retail industry. (Even Ad Age started in Chicago, in 1930.) It's still a major hub for agencies—including VSA Partners, FCB Chicago, Energy BBDO and McGarryBowen—and outsized marketers such as McDonald's, Boeing, MillerCoors and United Airlines.

"I don't think we do a good enough job of articulating what makes us great—that hustle-and-humanity combination," says O'Keefe.But the home of packaged goods has not, of late, been all that good at packaging itself.

The creative community "needs a good kick in the butt," says Lewis Williams, chief creative officer at Burrell. Chicago not only produces great marketing, he says, it excels in the arts, sports and music. Even better: "It's not fabricated like Los Angeles [and] it's not pretentious like New York."

For some, of course, its modesty is part of its appeal. "It's underrated, it doesn't have that cachet or calling card, and that's part of the beauty of it," says Starcom U.S. CEO Kathy Ring.

The city's thriving industry scene is dominated by holding-company shops, which, in some cases, perform better than their New York counterparts. DDB Chicago just won the coveted U.S. Army account, while FCB Chicago's clients include Anheuser-Busch InBev, and Dentsu's McGarryBowen works on brands such as Disney and Hershey.

Chicago, which had tossed its hat into the ring for Amazon HQ2, has a large tech presence in Google, which resides in trendy Fulton Market, a former meatpacking district. WPP agencies, including Ogilvy and GroupM, are consolidating into a sleek new Fulton Market building in 2020, and McDonald's relocated to the area in 2018. Its dedicated agency, Omnicom's We Are Unlimited, is less than two miles away on Michigan Avenue.

Compared with the coasts, Chicago is an affordable city, with entertainment, arts—The Art Institute of Chicago is there, as was Chess Records—and dining options spread out over its dozens of neighborhoods, parks and built-out lakefront. Its diversity is also part of its appeal, though the city, with its contrasting neighborhoods of affluence and neglect, still grapples with its legacy of segregation.

"I think Chicago would be a greater city if it embraced its diversity and brought it together to create something really interesting," says O'Keefe. 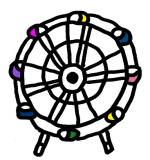 Housing ranges from single-family homes in tree-lined Lincoln Park and opulent high rises in Streeterville to condos in Logan Square and lower-cost apartments in neighborhoods such as gentrifying Humboldt Park.

Still, companies say they sometimes need to convince people from outside the region to work here. It can't help to have stats like this floating around: Illinois is among the most popular states to move away from, according to studies from moving companies Allied Van Lines and North American Van Lines.

That's okay, say some; it helps attract those who are drawn to the city's less showy ways. "We do tend to grow our own here," says Tim Condon, executive chairman of Schafer Condon Carter, a 30-year-old Chicago agency with clients including the Chicago Cubs. "I think that the Midwestern values that Leo Burnett talked about early on are real. I don't think [you always] get that same kind of feeling and approach with the coasts."

The new office is part of Omnicom Group's plan to consolidate its Chicago offices.

There are stellar views here of Lake Michigan and Millennium Park. Other tenants in the 83-floor Aon Center include Kraft Heinz and Microsoft.

This former cold-storage warehouse is now known as the LEED-certified 1KFulton.

On the ground floor of McD's HQ is its sleek restaurant with a menu of rotating international items. The building opened in 2018 on the former site of Oprah Winfrey's Harpo Studios.

Formerly known as the Sears Tower, the second-tallest building in the Western Hemisphere stands 110 stories tall. Tenants include United Airlines.

WPP plans to consolidate its Chicago offices in the popular Fulton Market district in 2020 in a tower under construction.

The famous comedy club launched in Chicago in 1959.

This has multiple locations. Note: Don't criticize the city's signature deep-dish pizza. You won't make it out alive.

The city's Chicago-style hot dogs, served with enough fixings for a meal in a poppy-seed bun, are another point of local pride.

Get the Cheezborger John Belushi made famous in his "Saturday Night Live" parody of Chicago's favorite Greek diner (now a chain).

Impress clients or catch up with colleagues at this rooftop bar and restaurant with panoramic views.

A coffee shop in Wicker Park that retains the arty vibe that once permeated the now more-upscale neighborhood.

This rib joint was a favorite haunt of Frank Sinatra's.

The first trick is figuring out how to get through the laundromat to get into the venue. After that it's pure magic.

A cozy, subterranean bar in the West Loop, a former industrial district.

Located in Wicker Park, a shopping mecca, this is where industry-ites with coin get their kicks.

The Obamas lived in Chicago's Kenwood neighborhood before heading to Washington, D.C.