How Crypto.com kicked Staples out of the Staples Center | Ad Age Marketing News
Skip to main content
Sign In Register

How Crypto.com kicked Staples out of the Staples Center

Crypto.com recently bought the naming rights to Los Angeles’ Staples Center for $700 million. In a world of easy-flowing capital, the move may seem more like a lark than an instructive business parable. But there’s a bigger story here.

Staples, the office superstore, first acquired lifetime naming rights to the facility in 2009 when it was trying to hang on as the dominant category disruptor in office supplies. Just 10 years later, the arena’s owners repurchased those rights as Staples’ priorities shifted, and Crypto.com—seeking to become the new disruptor in crypto currency exchange—tried to do it by plastering its name on everything they could.

Staples is just one example of how yesterday’s disruptors can become today’s disrupted. But if businesses implement the right analytical systems, they can turn disruptive forces from headwinds to tailwinds, surfacing opportunities for transformational change and seizing them before the competition.

Here’s how businesses can look out for major disruptive forces and identify moments of opportunity before rivals snatch them up.

What does disruption really mean?

Inc. magazine recently bashed disruption as “the worst business buzzword of all time.” The publication pointed out that companies increasingly apply it to themselves willy-nilly as an aspirational descriptor of what they hope to be, not what they actually are through analytical evidence. In other words, you can only legitimately claim the disruptor moniker if you have an insight-based strategy proving your capacity to transform your industry.

In disruptive times, incrementalism is a loser’s game

Disruption often means little, but if we redefine it as “creative destruction,” a term coined by economist Joseph Schumpeter as “the deliberate dismantling of established processes to make way for improved operational methods,” it can point us to a vital economic need.

In the years since, however, Staples failed to launch follow-on disruptions or adapt strategically to the biggest disruption of the twentieth century, the internet. As a result, it lost to Amazon.

Most companies never learn how to do this, how to creatively destroy existing processes to continually build their competitive advantage and ensure relevance year after year. Instead, they get trapped by the gravitational pull of operational complexity and human dynamics into a pattern of repeated incrementalism, wasting time and resources trying to preserve past practices.

Many victims of self-inflicted incrementalism owe their fate to poorly designed analytics, with an overemphasis on generating insights intended to “optimize” current approaches instead of identifying new avenues of exploration. Businesses focus far more on optimizing tactical execution of yesterday’s strategic choices, and far less on finding new frontiers of strategic disruption.

Here are four things businesses can do to drive creative destruction.

1. Automate optimization analytics to free up resources. Invest in building data integrity practices, analytical tools and organizational competencies to reduce the human effort required to reliably find the next 2%-10% improvement from the current resource deployment strategy.

2. Acknowledge and root out the “confirmation bias” embedded in your analytics. In the process, reorient 25% of your analytical budget specifically to designing analytics to find outlier situations as they emerge. New opportunities and threats always first appear as something that doesn’t look quite like anything you’ve seen before. Learning to better separate new signals from all the noise is the hallmark of a strong analytics team.

3. Try to predict via simulation. Trying to predict things in an environment of wild uncertainty forces your team to pay more attention to what you don’t know and form hypotheses about what you might be looking for. Simulation is the science of selectively removing risk from possible outcomes until you have enough clarity to make a reasonable choice about the economic value of action.

4. Build bridges with antennas. Analytics are often siloed into specific efforts examining offline, online, top-down and bottom-up worlds. Discovering creative destruction becomes more likely when you build insight bridges between those worlds. But instead of steel or concrete, think antennas or satellite dishes sending and receiving data that virtually unites the collective intelligence of each world to increase the odds of spotting disruption.

Businesses hoping to ascend to the status of disruptor should view the Staples Center’s fate as a cautionary tale.

The practical path to remaining on top of transformational changes in any given industry lies in setting up analytical systems that continuously monitoring the big picture, not just small-stakes opportunities for optimization.

With the right antennas set up, businesses can remake themselves from the inside out and avoid being kicked out of their home stadium.

Analytic Partners is the leading cloud-based, managed software platform that provides adaptive solutions for deeper business understanding and right-time planning and optimization for marketing and beyond. We turn data into expertise so that our clients can create powerful connections with their customers and achieve commercial success. 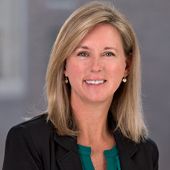 Kristin is VP at Analytic Partners, bringing over 20 years of analytics experience to her role. Throughout her 17-year-plus journey with AP, Kristin has worked across a variety of industries to deliver robust and innovative analytic solutions, and is a member of the Analytic Partners Brain Trust. 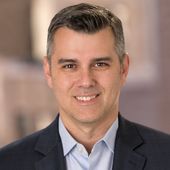 Konstantinos is senior VP at Analytic Partners, with more than 20 years of expertise in marketing analytics and consulting leadership. He has held senior positions at multiple analytics firms and is a member of the Analytic Partners Brain Trust.