When Marketing to Millennials, It's Not All About Digital | Ad Age
Skip to main content
Sign In Register

When Marketing to Millennials, It's Not All About Digital

The Hovered-Over Generation Likes to Do the Hovering, Too
READ THIS NEXT
How restaurant chains are duking it out to be the best in their categories

Like them or not, you can't get away with ignoring the millennials. As everyone from agencies, marketers and their own parents try to figure out what makes them tick, OMD weighs in with the results of a lengthy look at millennial shopping habits. The study, by Pamela Marsh and Erin Bilezikjian-Johnson, was part survey, part interviews and part online discussion.

Erin Bilezikjian-Johnson is the group director, custom research and insights at OMD. She spoke with us about how this much-hovered-over demographic likes to do the hovering, too.

Ad Age Stat: What millennial myth do marketers most need to get over?

Erin Bilezikjian-Johnson: This idea of impulsiveness. What we found in our research, which was focused specifically on shopping, was that they spend a lot of time and effort researching products and services. Whether that's reading reviews online or talking to other people about their experiences or even sharing their own experiences, that's definitely something that millennials spend their time on. 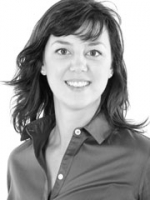 Ad Age Stat: With all the talk of how millennials' parents run their lives, does it make sense to market to the parents directly?

Bilezikjian-Johnson: There is a convergence of influence. There's this dichotomous relationship there. It's understanding that they are also playing a role in the influence of others' purchases as well as their friends and families influences on themselves. I think what you're speaking to is this notion of "helicopter parents" and what we found was that millennials also do that to their peers. The relationship of having each other's backs. "I made a mistake or I like didn't like this product so I'm going to share that experience with you because I don't want you to make the same mistake."

Ad Age Stat: In the study, there's a lot of discussion about millennial behavior at various stages of the generation. How much of that is specific to this cohort, and how much is just a function of being 17 or 27.

Bilezikjian-Johnson I think what makes this generation different is technology in the sense of immediacy in terms of "I'm in a store, I have my smartphone. I have an app on my smartphone that will help me easily compare price where all I have to do is compare this bar code to figure out where to get this cheaper." But I also think there's the aspect of technology in regards to the share. They have a much bigger voice in terms of posting something online or sharing it amongst their friends. I think that really matters.

Ad Age Stat: Millennials are considered to be among the hardest hit by the recession. Your study characterizes millennials as big deal hunters. Will that continue once they start to hit their stride economically?

Bilezikjian-Johnson I don't think it's that they're not spending. I think it's a sense that "I'm a smart consumer and if I have the tools available to me to make sure I am making the right decision." I think it also depends somewhat on product category. There are certain categories that we know millennials will spend more of their time and effort searching out deals for. And those are very much in line with their spending priorities. When it has to do with clothing and accessories I think that is something that is important to them and they will spend the time to figure out where they can find the best deals. The best deal doesn't always mean that it's the cheapest. It's about this idea of value.

Ad Age Stat: As they get older and have less time to bargain shop, because of families, jobs, kids, etc. will they keep that up?

Bilezikjian-Johnson My guess would be yes to some extent.

Ad Age Stat: Which will be a bigger story for the millennials in the long run: technology or the recession?

Bilezikjian-Johnson Based on our research on the recession, I think that we found that a lot of consumers have reached recession fatigue. Many consumers were kind of loosening up their wallets in terms of affording some of the luxuries that they have kind of suspended for a few years or a year or so. For millennials, they just don't know any differently. But my guess would be technology. With tech it's a convergence of having the tools to be a smarter shopper -- postings or reviews or tapping into your social network -- as well as just having your world so much bigger and at the same time smaller through technology. That's not going anywhere.

Ad Age Stat: What surprised you about millennials?

Bilezikjian-Johnson Despite the fact that millennials are so digitally inclined there's still a place for traditional media specifically TV. Fifty-seven percent of millennials indicated that TV was the first way that they hear about products and services. What that means for our clients is that when you're talking to millennials, it's not solely about digital. Despite the fact that they're savvy consumers, they are open to having relationships with brands, but brands in kind have to meet some key criteria for them. Among those is the concept of authenticity. Also the idea of expression -- enabling them to express themselves -- affordability ... and quality.

This is the tenth in a series of AdAgeStat Q&As with researchers who have extensively studied pieces of the demographic puzzle. Earlier we spoke to Edward Glaeser about the Triumph of Cities, Leo Burnett's Carol Foley about drivers of human behavior, The Patchwork Nation's Dante Chinni about the role of geography in segmentation, Joel Kotkin about suburbs and immigration, Richard Florida about mega-cities, Paco Underhill about women, Euro RSCG's Rose Cameron about men, Tammy Erickson about Generation X, and behavioral economist Dan Ariely about how to use everyone's irrationality to your advantage.