Apple is Cannes Lions' 2019 Creative Marketer of the Year

The honor follows the brand's stellar showing at the festival last year
READ THIS NEXT
Brad Pitt is the newest celebrity coffee endorser in De'Longhi’s global campaign
Credit: Apple

The Cannes Lions International Festival of Creativity has named Apple Inc. its 2019 Creative Marketer of the Year—a prize the brand hasn’t won until now, despite its impact on advertising over the decades.

The honor, to be awarded by organizers of the advertising festival on the French Riviera next month, is likely bittersweet for the company: It comes years after the 2011 death of co-founder Steve Jobs but signals that the company’s creative legacy continues without him.

The festival introduced the Creative Marketer of the Year Award in 1992 to honor brands that have shown how standout creativity helps drive business. Past honorees include Burger King, Coca-Cola, Google, Ikea, Samsung, Heineken, McDonald's, Mars and Unilever.

Tor Myhren, Apple’s VP of marketing and communications, says being named the Cannes Lions Creative Marketer of the Year is “a tremendous honor, and it is a bit humbling.” What's important about the accolade is “that the creative world is watching, and that there’s a lot of creative talent out there who some day might work at Apple," he adds. "It’s important to Apple in terms of potential future talents.”

The brand’s creative legacy was built on traditional ads done well, from its iconic “1984” Super Bowl commercial (see below) to the 2013 Press Grand Prix-winning campaign for the iPad Mini.

But the brand has extended its reach into new types of relationships with consumers. “Today at Apple,” for example, turned its retail stores into training grounds and community centers for users, while with the Gold Lion-winning “Welcome to @Apple,” the brand debuted its own Instagram account as a showcase for its own customers’ photos, all shot on the iPhone.

“What’s changed, obviously, is the entire media landscape,” Myhren says. But “I think the core principles that drive our marketing have never changed. At the center of everything is simplicity, really stripping things down to what matters, and creativity. [It’s about] creative expression and making tools—and marketing—for creative people.”

Myhren will accept the honor on behalf of Apple at the final Cannes Lions awards ceremony on June 21.

Other Cannes-honored Apple campaigns over the years include the “1984” spot, which earned a Grand Prix, as well as the vibrant iPod “Silhouettes” campaign and the long-running series pitting a Mac and PC against each other via personified versions, played by actors Justin Long and John Hodgman.

Check out some of Apple’s most celebrated campaigns below.

Apple's "Welcome Home," created out of TBWA/MAL and directed by Spike Jonze, took the Entertainment Lions Grand Prix in Music in 2018.

Apple’s “World Gallery,” part of the “Shot on iPhone” campaign promoting the iPhone 6, earned the Outdoor Grand Prix in 2015.

This print campaign, which earned a Grand Prix in 2013, cleverly highlighted the real size of Apple’s iPad mini through ads on the backs of popular magazines. 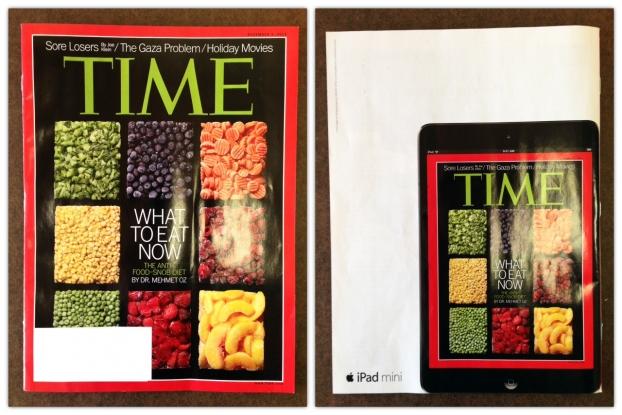 Apple’s “Mac vs. PC” campaign won Silver at Cannes in 2007 and also nabbed a Grand Effie that year. In 2008, an online execution of the campaign earned Gold in Cyber.

The stunning but simple “Intention” film earned multiple Lions in 2014, including Gold in Communication Design.

The artful iPod “Silhouettes” campaign was one of the most visually striking of its time, and earned a Bronze Lion in 2004.