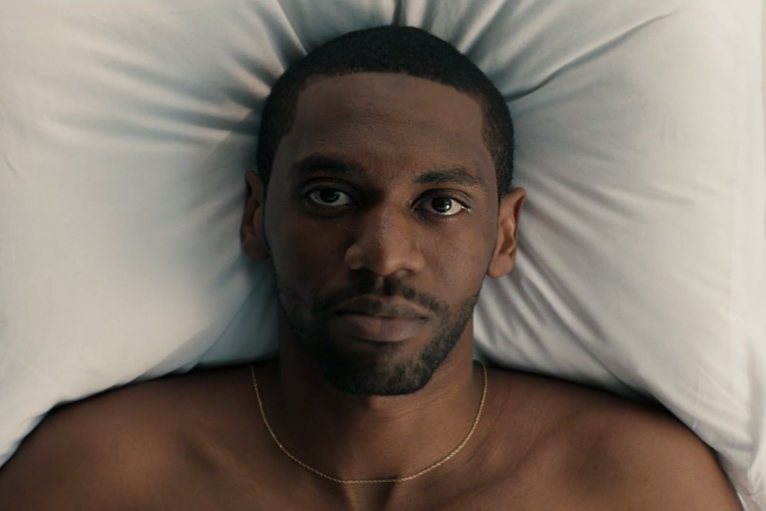 During the judging session of the Advertising Club’s annual Andy Awards last year, Geoff Edwards, then an executive creative director at R/GA L.A., challenged Randall Smith, associate director at Procter &Gamble. The jury had been discussing the merits of the P&G’s film “The Talk ” for one of the show’s awards. The ad depicts African-American mothers having heart-to-hearts with their children about the dangers of racism to protect them as they go out on their own. Edwards took the opportunity to tell Smith what he really felt about the film: “I think you got it wrong.”

His point was that there was something absent from the piece—Black men. Though they do appear in some scenes during the spot, it’s only on the sidelines. “I applaud the courage it would take to take on a conversation like ‘The Talk’ ... but part of the problem we have in this country is the fact that the African-American male has been removed from the family unit,” Edwards said. “This was a perpetuation of that.”

That moment sowed the seeds of “The Look,” P&G’s latest brand film to promote its diversity initiatives. The unnerving short illustrates the unconscious bias that plagues a young African-American male in his daily life. As he takes his son to school, steps into a restaurant or shops in a boutique, people’s suspicious glares and gestures betray their wariness of his presence. The spot culminates with the man stepping into a courtroom—to take his seat at the judge’s bench.

Following the Andy awards, Smith relayed what happened to P&G Chief Brand Officer Marc Pritchard. About a week later, Pritchard and Edwards spoke for the first time, for more than an hour.  “We talked about the opportunity to tell a broader story, not just the conversation parents have with their children to arm them for society, but the bigger conversation about bias,” Edwards says. “The perception of bias, unconscious bias, informs why families feel they have to arm themselves for racial prejudice in the first place.”

P&G then tapped Saturday Morning, the creative coalition that Edwards, now an executive creative director at TBWA/MAL, co-founded in 2016 with other African-American industry leaders Jayanta Jenkins, Keith Cartwright and Kwame Taylor-Hayford, to create a new story centered on the experience of Black men. The marketer also partnered with BET Networks to conduct a comprehensive study, “Black Men Revealed,” to uncover data on representation of Black men in media and entertainment to help fuel more accurate and positive portrayals of them.

About a year later, at the 2019 Cannes Lions Festival, when execs from P&G and Saturday Morning presented the new film, Pritchard admitted that not fully acknowledging the role of Black men in family life in “The Talk” was an oversight. “The Look,” part of an integrated campaign, is an effort to right that wrong. The film is now running online on a dedicated site that also offers historical context for each scene.  P&G also tapped John Legend to discuss "The Look" on Spotify and created a virtual reality experience that allows viewers to experience being on the receiving end of “The Look.”

During the concept phase, Cartwright, who also serves as executive creative director at 72andSunny, says the team homed in on the “silent micro-aggressions that happen every day. They’re like mini car accidents, small indications that ‘I am better than you’ or ‘You don’t belong here'—and sometimes people don’t know they’re doing it. We didn’t think that story had been told, and the beauty of it was that we could do it without saying a word.”

The film illustrates the Black male experience and “unpacks this duality that there are two worlds we live in—our world and the world that marginalizes, separates—and having to balance these two things in order to succeed,” says Jenkins, who also serves as global executive creative director at General Electric.

But it also serves another purpose. “The spot is not made to vilify anyone, but to get people aware of their own thoughts,” adds Taylor-Hayford, who most recently served as managing director of brand development at Chobani.  “The more opportunity you have to see past that initial bias and learn, the more you’ll be able to understand someone whose experience is not like yours.”

Depending on the viewer’s experience, the looks and actions the man encounters in the film might seem exaggerated, a mirror of reality, or tame compared to real life. For example, when a white woman rolls her car window up after her daughter waves to the man’s son, or when shopkeepers glare at the protagonist—they might seem like caricatures.

But in the creators’ experience, “My family is from the South, and when we travel down there what we express in this film is subtle by comparison,” says Edwards. “I’ve experienced that window rolling up 100 times,” adds Cartwright.

One African-American male who saw the spot on Ad Age, Antoine Dennison, tweeted, “The racism seemed a bit forced, white folks don’t get that animated; they just look ‘through’ you. The part where we see the Black guy as a judge just struck me as indulgent fantasy, as 99.9% of the Black guys in court are being prosecuted and the other fraction is mostly cops.”

That’s the sort of conversation the creators hoped to spark.  “That comment really shows you the lack of representation of African-American males in media in a positive way beyond the Black president we had, beyond the view that [successful] African-American men are all athletes or musicians,” says Jenkins. “We don’t have many positive role models so the default is cynicism.”

“We had a lot of debates about the intensity of the looks,” says Taylor-Hayford. “The version we launched with is much more subtle and nuanced than the original cut. We wanted the looks to be subtle enough, but still recognizable so that everyone questions their own bias.”

The choice to make the main character a judge was a very deliberate move. “The whole film is about snap judgments,” says Cartwright. “So we found it appropriate to use a judge, whose job is to follow due process and get to the bottom of what’s going on. The judge became our silent protest.”

Saturday Morning also put a lot of thought into its choice of creative partners on the film. They tapped Anthony Mandler of Stink, a white director who has shot music videos for a range of artists, including Rihanna, Jay-Z, Drake and Lana Del Rey; and a Black cinematographer, Maleek Sayeed of Little Minx, whose credits include films from Spike Lee, Stanley Kubrick's “Eyes Wide Shut” and Beyonce’s “Lemonade.”

In Mandler, they found “somebody who could bring everyone into the conversation,” and in Sayeed, they had someone who could capture the Black experience, contextualize conflict and create empathy, Jenkins says. “We’re looking for synergies, not separation.”

As for “The Talk,” the film that inspired “The Look,” Edwards now appreciates its merits and cited it as one of the most notable marketing campaigns to highlight the African-American experience. “Though it left me conflicted initially, I admire the courage that it took to make this film,” he wrote in a Black History Month piece for Ad Age. “The ad was unapologetically targeted to African-American men and women, and did its job to spark conversation.”