Friday Wake-Up Call: Facebook Deals a Blow to Publishers, and Marriott Gets Punished For a Gaffe 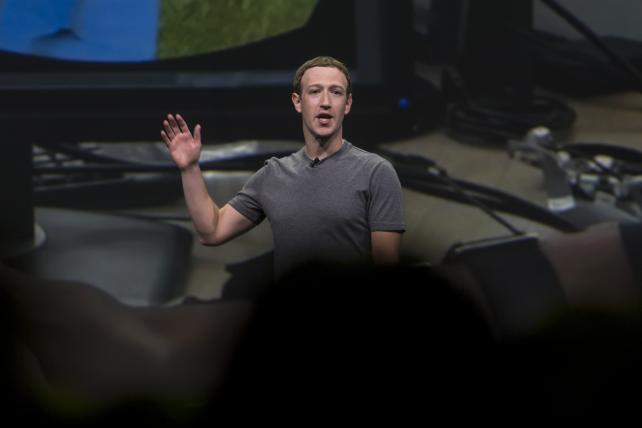 What people are talking about today: Facebook will de-emphasize News Feed content from media outlets and brands to give more space to posts from people's friends and families. So you'll be seeing more photos of beaches and kids, humblebrags from your cousin and rants from that guy you went to junior high with. At a time when people have been worrying about the impact of social media on users and their moods, Mark Zuckerberg says the move will make people more connected and less lonely. For some publishers, though, it will hurt. As Ad Age's Garett Sloane writes, the message "sounded like a warning for publishers and media partners that rely on the platform to reach audiences." Facebook will feel pain too; Zuckerberg says engagement will go down. The Facebook founder didn't mention the term "fake news," but the move also seems like a response to the problem that emerged after the 2016 U.S. election; by playing a smaller role in news in general, Facebook is of course playing a smaller role in spreading the fake variety.

What does all this mean for publishers? Some observers say they'll have to spend more money to promote their posts now. The Atlantic takes a counterintuitive point of view, arguing that Facebook actually did news outlets a favor: "It has forced media to face the fact that that digital advertising and ever-growing web traffic will never sustain the industry, especially if that traffic comes from monopolies like Facebook hoping to claim the entirety of digital advertising dollars for themselves."
Also: Harvard's Nieman Lab, which is trying to figure out the future of journalism, tweeted its article on the topic with this comment:

Gaffe
Chinese authorities are punishing a foreign brand -- Marriott International -- by shutting down its China website and app for a week. What happened?
Marriott's wording on a customer survey upset the powers that be. In a user survey, the hotel chain "listed Tibet, Hong Kong, Macao and Taiwan as options under the question 'Which country are you from?'" as the Xinhua news agency reports. China claims sovereignty over all four places. Marriott apologized and posted a message on Chinese social media. Here's an English version.

Marriott International is the world's biggest hotel chain, with brands including the Ritz-Carlton and JW Marriott. It's expanding fast in China. This summer, it signed a deal to partner with Chinese tech powerhouse Alibaba Group, signaling deeper ambitions for the market. The gaffe is a blow to Marriott's brand locally, and a cautionary tale for all brands.

Sh**holes and s---holes
Some headline writers and news anchors had misgivings about echoing President Trump's choice of wording about immigration during a meeting. ABC News went with this online: "Sources: Trump questions allowing immigrants from Haiti, Africa, other 's---hole' countries." Some news outlets used asterisks instead of dashes. The Washington Post, which broke the story, wrote out the word "shithole," as did many other outlets. Seems like it was a pretty rough day for CNN's Wolf Blitzer, who couldn't decide between "s-hole," "blankhole" and "bleephole."

Sexist Super Bowl ads: Ad Age's Jeanine Poggi writes, in the age of #MeToo, "microscopic scrutiny will be applied to the way Super Bowl advertisers portray women in the game Feb. 4." Plus, check out some sexist ads of the past on Ad Age.

Cindy Crawford: Pepsi is bringing Cindy Crawford back for the Super Bowl. And NBC says it has less than 10 Super Bowl spots left to sell. Read more on Ad Age.

Ad Age at CES: "Augmented reality is having a moment at CES," as Ad Age editor Brian Braiker and media reporter Megan Graham note. Check out their video from Vegas.

Human touch: Google will do more vetting of videos on its Google Preferred program, where it gives advertisers access to top-performing YouTube content at higher rates, Bloomberg News reports. To do that, the report says, Google will use a combination of human moderators and artificial intelligence software.

Doh: When Walmart suddenly closed 63 Sam's Club stores without any explanation or public statement, it created a big PR mess for itself, CNN reports.

Puma: Kering, which owns Gucci, is spinning off its Puma sports brand to its shareholders so it can concentrate on luxury, Reuters reports.

Hmm: Silicon Valley billionaire Peter Thiel has made an offer to buy Gawker, the site he helped shut down by funding Hulk Hogan's lawsuit against it, Reuters reports.

Creativity pick of the day: Kenzo has made an original song, "Yo! My Saint!", which was composed and sung by Karen O of the Yeah Yeah Yeahs. Watch it here, and read more by Ad Age's Chen Wu. Happy Friday.