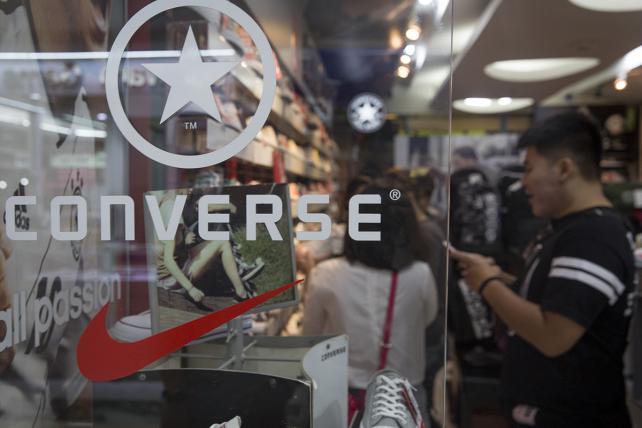 The Converse Inc. and Nike Inc. logos are displayed in a store window in Bangkok, Thailand, on Saturday, Oct. 21, 2017.
Credit: Brent Lewin/Bloomberg

Converse has tapped Initiative to handle its global media planning and buying. The account was put in review earlier this year.

A spokeswoman for the $2 billion Converse brand confirmed that the marketer is working with IPG-owned Initiative. PHD formerly had the account, but the Omnicom-owned agency did not defend the business.

This is the latest in a string of changes for the Nike-owned brand as it strives to regain its cool with shoppers amid declining sales as rivals such as Adidas rise in the fashion space. In the most recent third quarter, Converse reported an 8 percent drop in year-over-year revenue to $483 million. Executives for Nike have said they plan to ramp up digital advertising for Converse -- recent campaigns have featured the fresh-faced likes of Maisie Williams and Millie Bobby Brown.

At Nike, Bambuck worked on brand direction for sportswear in Europe, the Middle East and Africa, and was responsible for the "Force is Female" campaign.

While Converse in recent years has tapped both Anomaly and R/GA for creative, it's now working with Wieden & Kennedy.

Meanwhile, Nike is dealing with the fallout of several executive departures earlier this year following reports of workplace misconduct and an internal survey compiled by female employees.

IPG Mediabrands-owned Initiative hit the reset button in 2016 after several years of few wins and staff turnover. The agency made a number of changes including hiring global CEO Mat Baxter and U.S. CEO Amy Armstrong, appointing regional presidents in the U.S., and rethinking how it could help brands be cultural leaders. The agency won global media duties for Carlsberg Group in August, kept global media duties for Amazon a couple months later, and was named Lego's global media agency in November.