The Past, Present and Future of Agency Strategic Planning | Ad Age
Skip to main content
Sign In Register

As agency recruiters, we've placed more people in strategic planning than any other department.

The huge demand for strategists in agencies shows no sign of abating. They now come in a wide range of different types. As such it would be helpful to retrace their genealogy as we think about the future of the planning discipline and the advertising industry.

I was hired by Leber Katz Partners (later merged with FCB New York) in 1985 and joined the Marketing Planning group founded by Laurel Cutler. Laurel was clearly ahead of her time forming one the first strategic planning departments in U.S. advertising. Laurel was a consummate trend spotter. She created her Future Focus group, which she described as "leaping five years into the future and coming back to report on it." Her presentations were remarkably prescient.

Laurel's group also delved into business strategy and consumer challenges facing marketers. Like today's strategic planning, it was informed by both quantitative and qualitative input.

Classic account planning as we now know it was created in the U.K. It soon migrated to the U.S. in the 1980's and 1990's as black suited strategists with smart sounding accents arrived on our shores. They began to appropriate the strategy function from the account team (see The Case of the Curious Octopus).

The strategy role which didn't exist in the Don Draper era took on its own importance and developed into specialized departments with billable hours.

Digital strategists emerged as digital advertising took root in the 2000s. Some of them focused exclusively on consumer digital and social media behavior. They were sometimes criticized for being too focused on the shiny new technology and ignoring the bigger strategic picture.

Many account planners soon developed skills for both on-line and off-line strategy work. It became imperative for them to know something about every communication channel at their disposal.

Another iteration took place with the marrying of digital strategy to media and communications planners. They live at the conjunction of strategy and digital marketing/media.

I interviewed two dozen CSO's, account planning and agency leaders for this article to see where strategic planning is going.

The consensus of course is that "digital" changed everything, making data more transparent. There's better access to tools and understanding across the world. There's more big data than you know what to do with.

With so many tools at their disposal, strategists now operate like Swiss Army knives. Any combination of skills can be surgically deployed to inform creative work and sharpen marketing strategy. Evolving technologies of augmented and virtual reality will help.

Ultimately, strategic planning is a means to an end, very often a creative endpoint.

When I was an account guy at BBDO NY in 2000 (pre-Lubars) I was shocked to see that the creatives took a Neanderthal view of strategy: relegating planners to look up Britney Spears' "Q" score for their next Pepsi commercial. That's not the case there now. Throughout the industry, this generation of enlightened creative directors embrace strategy.

"There's never been a better time to be a strategist," says Nick Barham, Global CSO at TBWA/Worldwide. The types of strategy have "expanded hugely" and they all live at "the intersection of business and creativity." According to Barham, today's strategic planners need to be "Renaissance thinkers – considering programmatic media micro moments one minute and discussing the latest movie or music the next."

After all, everyone has the same data. Anyone can find out almost anything. The real point of difference comes in "connecting the dots", the "magic," the "poetry" the storytelling.

According to Shobha Sairam, CSO at The&Partnership, "quant is just input into the bigger picture. It's a starting point. Then it takes a bit of magic and intuition via qual or brainstorming. You need to layer on a heavy dose of cultural insights and human behavior."

This Renaissance thinking can give agencies the competitive edge as the industry struggles with fragmentation and identity. Renaissance thinking from strategic planning combined with creative firepower can be the game changer for agencies as they compete with the consultancies and clients taking their accounts in house. 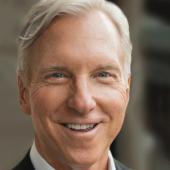