Rumors began bubbling up last month on Fishbowl that DDB had tapped former Droga5 Chief Creative Officer Ted Royer — who left Droga5 amid an internal investigation in February — to assist on its creative pitch for Volkswagen. No specific charges were levied, but Droga5 at the time cited the need for an inclusive environment.

Then on Wednesday, Adweek reported that Royer was indeed tapped to work on the DDB pitch this summer. According to the Adweek story, the publication intially approached DDB Global CEO Wendy Clark for confirmation of the Royer rumors in September and was told by Clark that there had been "no consideration to having Ted at DDB/NY." When pressed further, Clark said the "same answer stands for the pitch," according to Adweek.

When its reporting indicated otherwise, Adweek contacted Clark again on Wednesday, it said, and she did not respond to requests for comment.

Hours later, DDB issued a statement to Campaign seemingly contradicting Clark's response to Adweek. The statement to Campaign admitted that Royer had worked on the pitch. "While Ted worked independently, we regret that this freelance engagement may have caused any concern for members of our team," the statement read. "Given the choice to make this decision again, we'd make it differently." 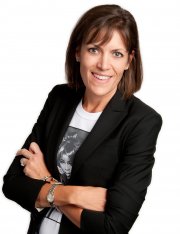 All this must have put Clark in hot water with TimesUpAdvertising, where she was on the leadership committee -- until yesterday. She resigned from that post in yet another statement.

"Regrettably, I fell into a traditional paradigm of business first and given the choice again I would do things differently. That was a mistake. The reckoning for past behavior is not just for survivors of sexual harassment but for the whole industry which needs systemic change," she said.

"I want to thank Times Up for being a moral compass, and supporting both our teams and me, personally, as we work through this defining moment, to ensure that in every way and everything we do our agency is a safe, fair and dignified place to work. To best support the critical work of Time's Up Advertising, Lisa Topol, co-chief creative officer of DDB/NY, will assume my role on the Time's Up Advertising steering committee during this time."

So what did Clark know and when did she know it? She declined an interview with Ad Age to explain.

Time's Up said in its own statement that it was a "good day to reiterate what it means to uphold and prioritize the Time's Up Advertising mission."

"Our mission is to create workplaces that are safe, fair, and dignified for all. Our signatories are accountable to the values of the mission. We hold the women who signed, and their agencies, accountable for a process of change," the organization said in the statement.

She adds that it would help if ad agencies and holding companies were more transparent about reasons behind their termination. Droga5 never explained Royer's departure.

"That habit is entirely at odds with the other statements agencies and holding companies are prone to making about having 'zero tolerance,'" she says. "We are hearing about zero tolerance from everyone, then tell us precisely what you have zero tolerance for."

MillerCoors has given more work to Omnicom, but this time with BBDO, instead of DDB. The brewer has tapped BBDO's Chicago office, known as Energy BBDO, to handle creative for Cape Line, a new low-calorie flavored malt beverage brand that MillerCoors announced in August.

It shows the brewer is interested in diversifying its Omnicom creative business beyond DDB, which has steadily built its MillerCoors portfolio after its Chicago office won Miller Lite last year. DDB since added Blue Moon via its design-centric unit called Fifty5Zero, which is based in Toronto. Alma DDB handles Sol, a Mexican brew that MillerCoors recently took over from Heineken. MillerCoors pledges to give Cape Line a "robust national marketing plan."

As for why it went with BBDO, the brewer cited the agency's "prior beer and spirit industry knowledge" and "understanding of the modern wellness space." BBDO previously worked on Bud Light before losing the account in 2015 to Wieden & Kennedy.

Thomas' has named Mono as its lead creative agency of record for the company's English muffins, bagels and swirl breads. The 138-year-old brand will work with MDC-owned Mono for social and digital with the potential for out-of-home and TV work. TPN is the incumbent on the account.

Marc USA has promoted Snake Roth (yes, that's her name) to director of integrated production, overseeing all broadcast TV, digital video, radio, print and social content. She has been at the agency since 2015 as an executive producer.

Josh Campo has joined 22squared as senior VP and digital managing director. Campo was previously at Publicis.Sapient where he was group VP and global client lead.

Liquid Agency has tapped a new president: Christopher Rowlinson, who was formerly senior VP and chief client officer at Wire Stone, which is part of Accenture Interactive. Rowlinson replaces Scott Gardner, who will remain CEO of the agency he co-founded in 2000.