More in Agency Brief: Stan Richards names his successor, and the EGOT of advertising is introduced
READ THIS NEXT
A shot in the arm for COVID vaccines, and El Pollo Loco looks for Organic growth 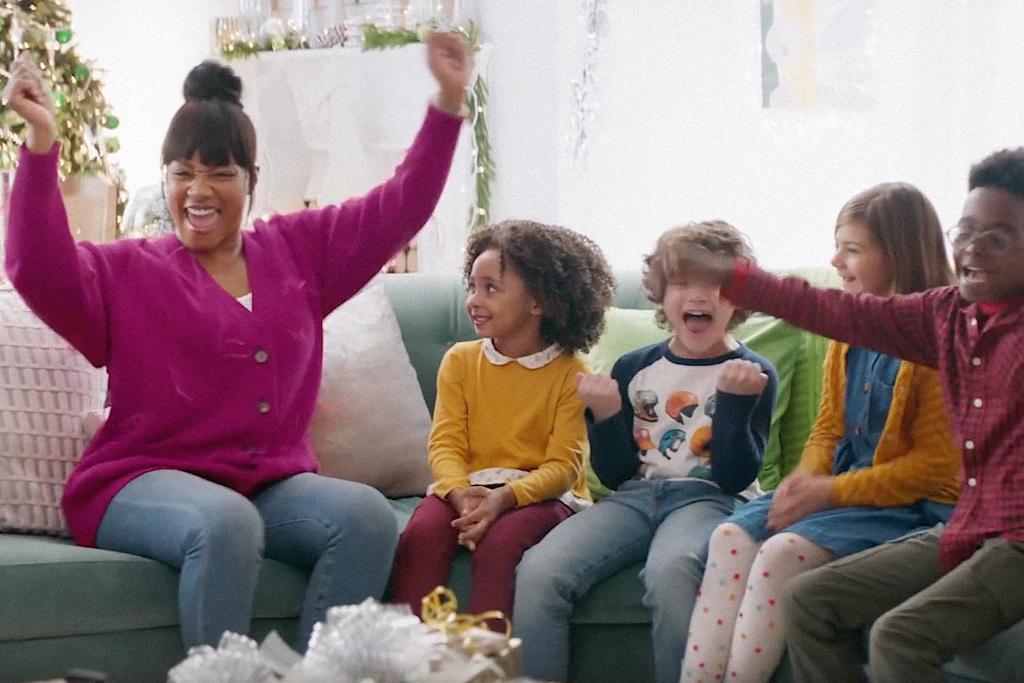 It's surely been a tough pill to swallow for longstanding shops, but agency-client relationships are just not as sacred as they once were. Rarely do we hear about agency-of-record relationships lasting 20-plus years like they once did in the Golden Age of Advertising—when the closest people got to ad blocking was turning off their TVs. Instead, today's brands—cycling through various internal marketing executives themselves—are more likely to shake up their lead agency partners every three to five years.

“We’ve seen the lifespan of client-agency relationships dramatically reduce over the last 10 years as ‘Agency of Record’ has become ‘Flavor of the Month,’” says R3 Co-Founder and Principal Greg Paull. "Marketers have increasingly moved to jumpballs, freedom within a framework and project basis to manage getting the best work. It’s put incredible pressure on longstanding agencies, who have had to merge or adjust their business models to compete. For the next 10 years, we only see the trend continuing."

Speaking of breakups: as O’Keefe Reinhard & Paul prepares to say good-bye to Groupon (the company placed its creative account in review in October and OKRP says it will not be defending), the Chicago shop released its swan song for the brand this week. The final creative work from OKRP for the brand inspires a new holiday tradition: encouraging people to add one Groupon experience to their holiday wish lists. The ad naturally features Groupon spokeswoman Tiffany Haddish, who lends her signature charm and wit to this last work. In the spot, Haddish shares her tips with children on how to get more out of the holidays—and make their friends jealous. Really, OKRP says the ad is about bringing people together for the holidays. (But if you’re doing cool stuff with cool people and making your friends jealous while doing it, it’s a win-win, right?)

The end of an era

Stan Richards, founder and creative director of The Richards Group, announced his successor today: Glenn Dady, who is head of creative at the Dallas independent agency that he’s been with for the last 39 years. Richards, 87, is clear in asserting that this does not mean he’s retiring—he “has no plans” for that at the moment. (Richards also has no intention of selling the agency, he told Ad Age's Judy Pollack in a recent Q&AA.) Still, starting Jan. 1, Dady will take the helm of agency operations—he’s been behind The Richards Group’s most iconic work since he joined the shop in 1980, including numerous Super Bowl spots for Bridgestone (before that account moved to Publicis in 2013). Dady, 67, works with current clients like Go RVing, Biltmore Estate, NatureSweet Tomatoes, Sub-Zero, Wolf, Jeep, Ram and Afla Romeo.

“Glenn has been by my side for nearly four decades and has played a critical role in making The Richards Group what it is today,” says Richards, after announcing the news to the agency’s 752 employees at their annual end-of-year meeting. “He has always been one of the most innovative, imaginative creative leaders of the agency — but maybe most importantly, no one has done more to identify and nurture the talent so critical to the work we do than Glenn. I’m not going anywhere and will still come to work every day doing the thing I love most: making sure our creative product continues to get better.”

Dady adds, “For me, it’s all about the work. If the work is great, most everything else will take care of itself.” He will become principal/creative director in the new year.

Can't we all just get along?

Is AI really going to lead to the death of creativity? The mass majority of creatives historically have held this belief. But if Martin Sorrell can warm up to tech behemoths like Amazon and Google that he once called “frenemies” of the industry, then maybe, just maybe, creatives can change their stubborn, negative views on AI too. That’s R/GA London’s holiday wish, anyway. In lieu of traditional holiday cards this year, the agency is sending out “Happy Holid.ai” greetings to all (as seen below). How were the greetings compiled? R/GA London fed an AI machine “hundreds” of songs, greetings and sayings and asked it to make new ones. Sounds scary so far, right? Well, R/GA’s team of designers and artists then reinterpreted what the AI came up with (the specific technology used for the effort was called a recurrent neural network) to craft uniquely human, jolly messages for the holidays. The agency says this project shows a “true collaboration” and involved people from various departments including strategy, creative, tech, data, production and design. So what did we all learn this holiday season? Man and machine can work together in harmony. (Or can we?) 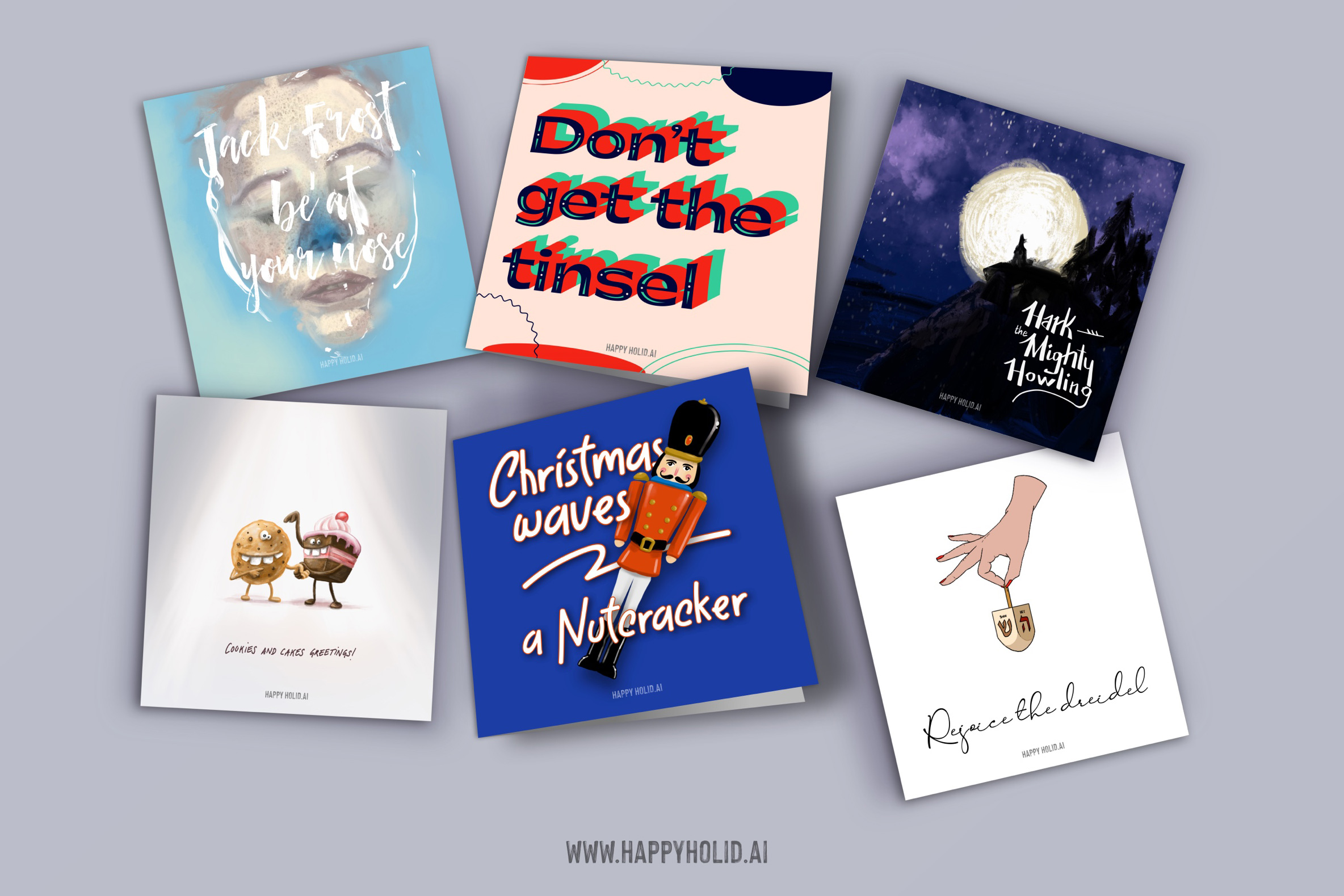 The EGOT of advertising

The EGOT, the highest achievement an entertainer can receive, means a person has scored an Emmy, Grammy, Oscar and Tony. Not many have accomplished this feat—among the names who have are Rita Moreno, Whoopi Goldberg, Robert Lopez, Audrey Hepburn and John Legend. Well, Effie Canada thinks those in advertising should be recognized for achieving what it considers the equivalent of the EGOT: the ELOC—winning an Effie, [Cannes] Lion, One Show and Clio. Any Canadian agency or brand that scores all four in one year beginning in 2020 will receive a commemorative ELOC trophy from the Institute of Communications Agencies, the presenter of the Effies in Canada. If the ELOC had been introduced in 2019 (the first year of Effie Canada), Bensimon Byrne, Cossette, Rethink and SickKids Foundation would have been the only companies to claim it.

“The Effies is the only Canadian advertising award that has international stature,” ICA President-CEO Scott Knox says. “We wanted to remind Canadian agencies that winning an Effie is on par with a Cannes Lion, a One Show Pencil or a Clio—the top four international awards. And to help make that point, we created this gesture of admiration for the agencies who have completed the full set.”

Interpublic Group of Cos. adtech unit Cadreon is partnering with Polar to help brands extend the reach of their Facebook and Instagram ads across publisher websites programmatically. Cadreon claims Polar’s technology makes it easier for brands to repurpose their existing social media creative to distribute across the web at scale—removing additional production costs. While the partnership was announced this week, Cadreon and adtech platform Polar have been working on this initiative for the past several weeks. The solution is called the Cadreon Social Creative Extension and has already launched in the U.S., Canada, Australia, Netherlands, Belgium, Mexico, Peru and Argentina—IPG expects to launch it in 30 additional markets in early 2020. The Cadreon Social Creative Extension has also already run 50 campaigns for brands like American Express, BMW, Coach, Columbia Sportswear, Converse, CVS, H&M, Honda, Huggies, Lego, Sony Pictures, Subway and Spotify, among others. The Cadreon Social Creative Extension will be available on publishers like Business Insider, Bustle, BuzzFeed, Cheddar, Everyday Health, GateHouse, MailOnline, News Corp., SHE Media, USA Today and Ziff Davis.

“There are inherent cost savings, but at the same time, we’re getting more optimized creative with better conversions,” says Karen Belt, senior director of media strategy and buying at financial services company TIAA, which tested the solution. “We’re trying to break through in a more interesting way that people wouldn’t normally see in the media landscape; it will be another piece of the puzzle we use to try to meet our business objectives.”

Independent agency Mower appointed Doug Kamp as chief creative officer. Kamp—who started his career at TBWA and then spent nine years as a senior partner and creative director at J. Walter Thompson (now Wunderman Thompson)—was most recently head of creative at Gyro. During his career, he’s worked with brands like Sony, Aflac, Samsung, Miller Brewing, John Deere, Transamerica and Yum! Brands, among others. “There are very few companies with Mower’s breadth of talent and capabilities,” Kamp says. “We’re poised to bring to life some truly engaging experiences and ideas.”

Havas Group is getting into the consulting businesses with the acquisition of U.K. management consultancy Gate One. At a time when consultancies are posing a greater threat to agencies (and buying them up, i.e. like Accenture Interactive did with Droga5), Havas says “the move represents a significant strengthening” of the company’s U.K. and international capabilities. “Investing in the consultancy space is a bold move that has the potential to unlock huge growth,” Yannick Bollore, CEO-chairman of Havas Group, says. Gate One will relocate its 70-plus staff to the Havas Kings Cross Village in London in early 2020. The consultancy will maintain its name, leadership team and clients. Terms of the deal were not disclosed.

Hogarth Worldwide, the WPP marketing implementation agency, named Mauro Baz as its first chief marketing officer of the America, who is one of the youngest C-suite execs at the network. (He’s 35-years-old.) Baz has spent the last close to a decade at Hogarth, and is based in the agency’s Miami office, which supports blue-chip clients in North and Latin America. Baz is credited with helping launch Hogarth’s Brazil and Mexico operations and established its Latin American-focused hub in Miami. “What we are seeing today in the industry is nothing short of a new era and we have to be agile in order to offer real value at scale,” Baz says.

Erich & Kallman hired Jill Garrison as its first chief operating officer. Garrison, a veteran of Crispin Porter & Bogusky, joins the independent boutique creative shop after running her own consulting business for the past four years, during which time she worked with Erich & Kallman and other agencies and startups. She will partner with Erich & Kallman President Steve Erich and Chief Creative Officer Eric Kallman in leading the agency’s growth and direction. “Jill and I have worked together on and off for the past two decades,” Erich says. “She was the first consultant Eric and I brought on, and she’s been instrumental in our success and growth thus far. We are thrilled to make her role permanent.”

WPP agency Wunderman Thompson elevated Ted Ismert to president of its mobile division. Based in New York, Ismert will oversee Wunderman Thompson Mobile’s business “as it fits within the broader” network, according to the agency. Previously, Ismert was VP of account at Wunderman Thompson Mobile, overseeing its client engagement teams and key accounts. “I’m proud to say our mobile offering at Wunderman Thompson is world-class,” Shane Atchison, Wunderman Thompson North American CEO, says. “Ted has played a crucial role in making sure that the group doesn’t just build marketing apps, but creates business-critical solutions. The customer experience is growing more mobile by the day, and Ted is the perfect person to help clients turn that trend into a competitive advantage.”